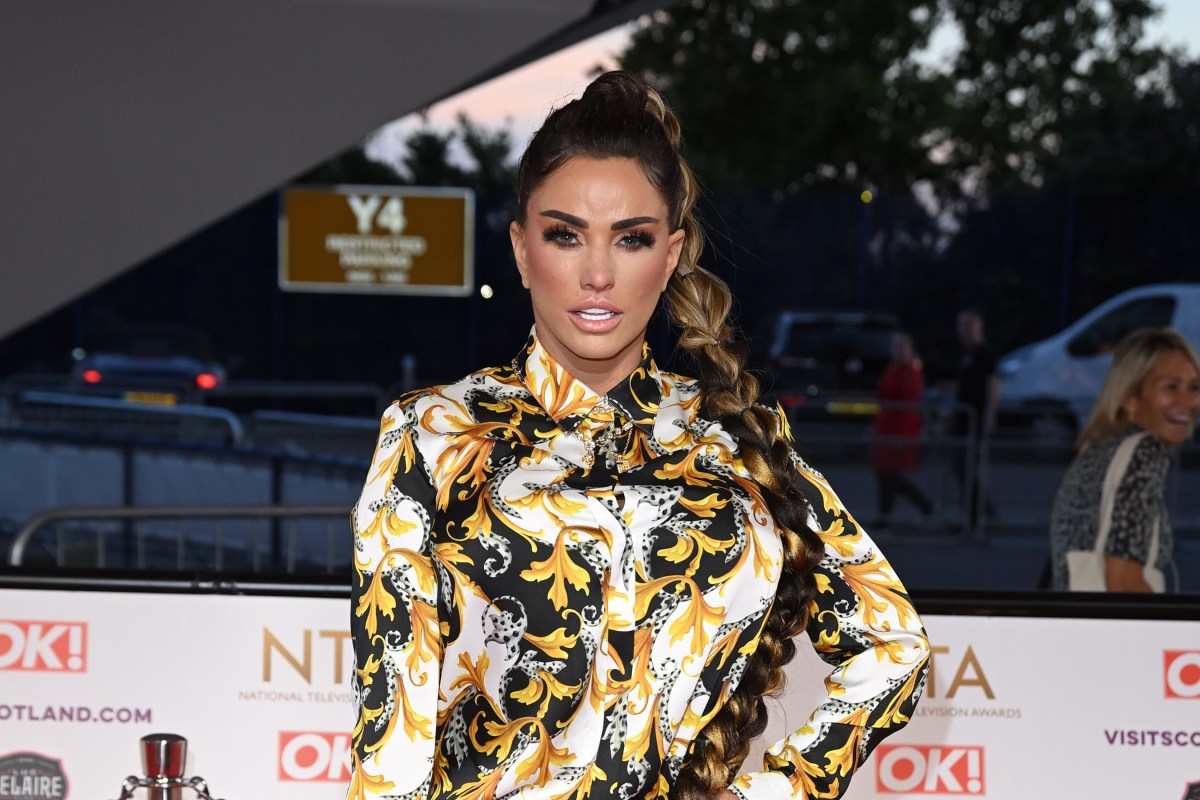 TROUBLED Katie Price has avoided another court showdown by paying off more than £7k in court fines – after being arrested AGAIN last week.

The former model, 43, coughed up £7,358 which she had owed since 2019 after she was summoned to Crawley Magistrates court.

She had been due to appear today for failing to pay the fines, but cleared the costs on Friday – just hours before she was arrested for allgedly sending abusive messages.

A court official said: “She’s paid her fines in full. She paid them on Friday.”

Price was arrested after allegedly breaching a court order to not contact her ex-husband’s new fiancée.

She was banned from “directly or indirectly” contacting Michelle Penticost, 39, who is engaged to Kieran, 34, and the couple have one son together.

In 2019 Katie was banned from contacting her following a four-letter tirade in a playground.

But now she has reportedly sent a text message branding Michelle a “c***ing w***e piece of s***” and a “gutter slag”.

Police were searching her phone for any messages which might have broken the court order.

A pal said: “Katie’s been having a tough time and it seems her behaviour in the past couple of weeks has become slightly erratic.

“She has been lashing out on social media and even had a pop at her ex Peter Andre’s wife Emily MacDonagh and claimed she’d stopped her daughter from visiting her in rehab.

“Her family wanted her to go back into The Priory for a while to get past her demons as she’s done so well previously when she had been there.

“However this isn’t something Katie wanted to do. They know how lucky she was that she didn’t go to jail over the drink-drive smash but now she’s facing prison again.

“It’s a hugely worrying time. Her family is distraught. They want to do everything they can to help and protect Katie.

“But this time if found guilty she really hasn’t helped herself and the ­situation is looking bleak.”

Katie looked downcast as she was spotted for the first time since being released on bail.

She was at a petrol station with fiancé Carl Woods near their tumbledown mansion — and facing up to five years in jail if found guilty.

Katie is already serving a 16-week suspended sentence for drink-driving after flipping her BMW — and dodged a prison term at the time only by attending rehab at The Priory.

Her latest court hearing has been scrapped ahead of a bankruptcy hearing next month.

The Sun exclusively revealed how the hearing was postponed yet again – and will now fall on Valentine’s Day, February 14.

Katie was due to return to court before the end of the year to update trustees on paying back her debts – but the hearing has now been rescheduled.

The former glamour model was declared bankrupt in November 2019, and last August we revealed that she faces prison if she misses her next hearing.

After the 2019 ruling, Katie was supposed to pay off £12,000 a month to her creditors after taking out an individual voluntary arrangement (IVA) – but failed to do so.

The next hearing is to review her attempts to pay back her hefty debts to creditors two years after going bust.

Katie owes a staggering £3.2 million to her creditors, but is unlikely to pay it all back.

Last year Katie was hit with a repossession order for her £1.35million home after she failed to repay a debt of more than £500,000 on the property — dubbed the Mucky Mansion.

Showbiz Sarah Khan’s ‘Like Mother, Like Daughter’ Pic with Falak Shabir is the Best Thing Today Theviraltime
Showbiz Hiba Bukhari Opens Up About Body-Shaming She Faced In Industry: Inspiration From Fat To Fit Theviraltime
Advertisement