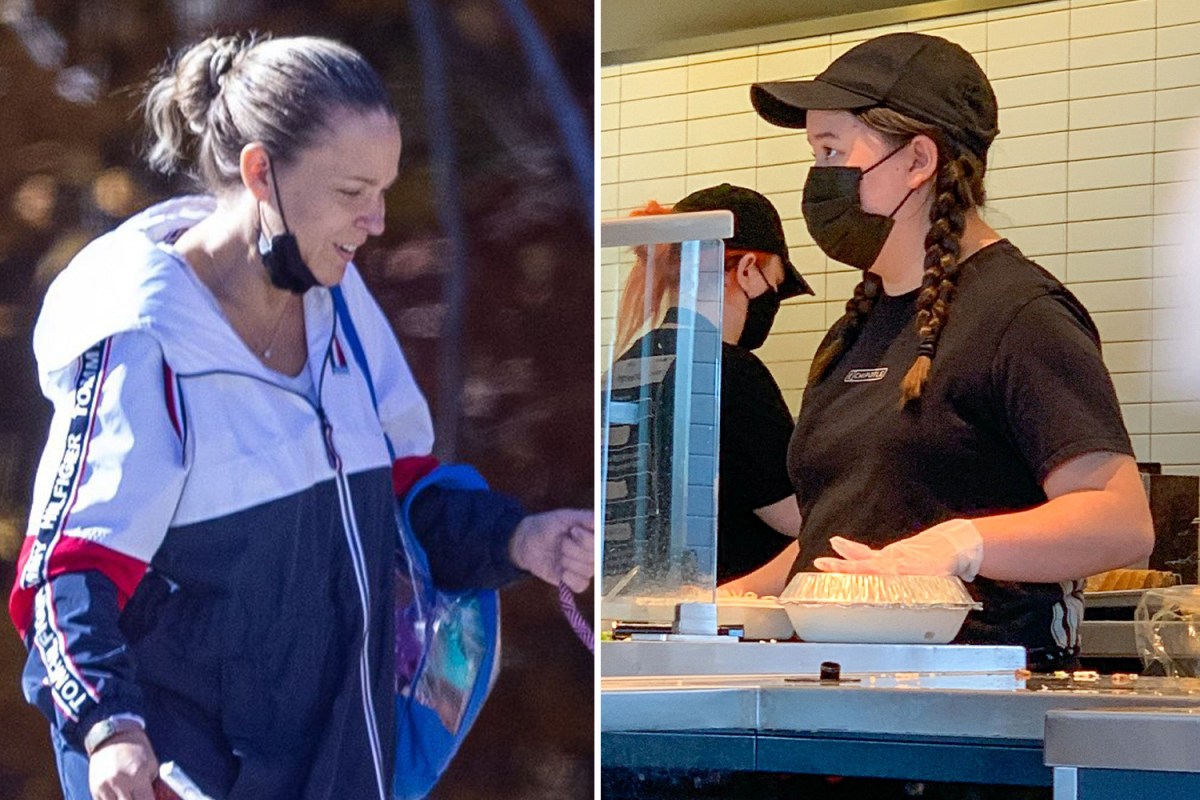 KATE Gosselin has resurfaced for the first time in over three years as she was seen heading into her nursing job while her kids work at a fast food chain.

After starring on TLC’s hit series, Jon and Kate Plus 8, as well as multiple spinoff shows, the ex TV personality is now getting her life back to normal following sudden stardom.

The 46-year-old mother of eight is returning to her roots as she works as a nurse for a job she began last year in North Carolina.

Following one of her shifts at a medical center, Kate can be seen looking casual as she pumps gas in pictures obtained by The Sun.

The ex reality star sported a black t-shirt with matching yoga pants and completed her ensemble with a pair of Nike slides.

She kept her blonde hair in a messy bun as she pumped gas in her black Toyota SUV.

Kate appeared to take extra-precaution to germ exposure as she wore a red latex glove while handling the pump.

The Sun previously reported Kate obtained her registered nurse license on June 30, 2021 for the state of North Carolina.

Fans first saw Kate work as a nurse when Jon and Kate Plus 8 began to air back in 2007.

Other photos snapped this week showed one of Kate’s daughter – whom she shares with ex-husband Jon Gosselin – working a shift at a local Chiptole.

The teenager wore a black t-shirt from the eatery along with a baseball cap and long braids.

In one picture, she can be seen scooping meat and veggies into a burrito bowl for a customer.

According to the photographer, more than one of Kate and Jon’s kids work at the Chipotle however, it has not been confirmed which children are employed at the restaurant.

When Kate and her kids aren’t at work, they have been seen taking walks around their quaint North Carolina neighborhood with their adorable family dog.

She moved to North Carolina with the children in her custody, Leah, Alexis, Joel and Aaden, all 17, while twins Mady and Cara, 21, reside with their mother when they are home from their respective colleges.

Kate and her ex-husband, Jon, 44, who has primary custody of the remaining two sextuplets in his care, Collin and Hannah, were involved in a nasty custody battle after they divorced in 2009 after 10 years of marriage.

Last year, The Sun exclusively revealed Kate and the kids in her custody are living in a lakefront home in Troutman, North Carolina.

The one-level home has tile flooring throughout the living room, family room, dining room and kitchen, as the walls feature wood molding.

The kitchen boasts gray countertops, wood cabinets and an island with additional seating.

The living room is cozy, as it features a fireplace and stunning views of Lake Norman.

Kate’s children seem to enjoy living so close to the water.

In a TikTok video, twin Mady captioned a series of clips: “Sometimes I forget that I like the outdoors.”

The video showed Mady and her younger siblings are walking to their pier and taking in the stunning view.