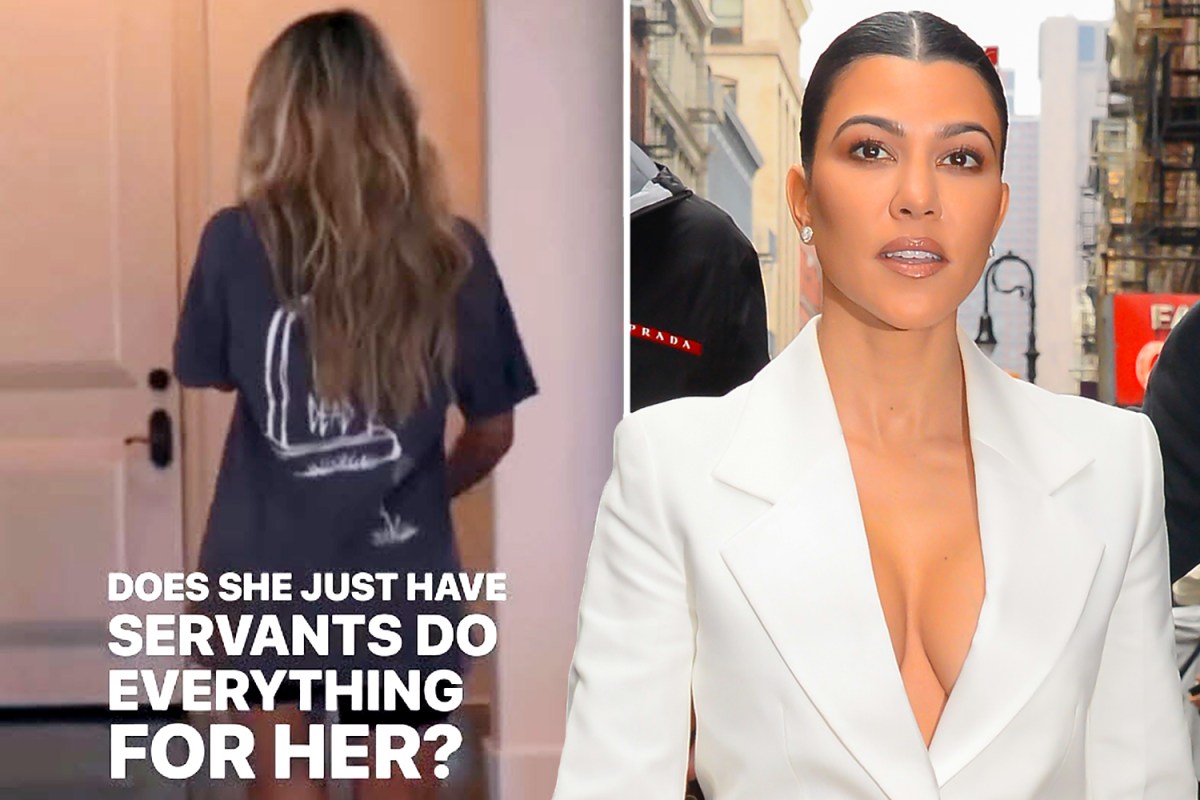 A KARDASHIAN sister is under fire once again for her past choice of words as a resurfaced clip shows Khloe calling Kourtney’s staff members “servants.”

The comment was made on an old episode of Keeping Up With the Kardashians, which re-emerged on social media.

In the video, shared by the Khloe Kardashian fan page, khloekvideo, the reality star is heard mumbling to herself in frustration with her older sister.

While the 37-year-old went to retrieve something for Kourtney, 42, the audio captured her harsh words complaining about her sister’s demands.

“Does she just have servants do everything for her? I just can’t handle this,” Khloe said as she walked away with her back to the camera.

“What a f***ing loser. And I’m the biggest loser because I’m actually doing it,” her rant continued while her other sister Kim is seen lying on the couch on her phone.

She’s then heard delivering the item to Kourtney in a sarcastic tone saying: “Here your majesty,” to which Kourtney replied “Thank you,” before re-entering the room with a smile on her face.

Several viewers weren’t happy with Khloe referring to Kourtney’s staff as “servants,” clapping back in the comments.

One wrote: “The fact she called them “servants” you just as guilty”

While another simply pointed out her poor word choice: “Servant???????”

Khloe was recently ripped by fans for making a “racist” remark in another resurfaced clip from the reality show.

In the old scene, the TV star spoke to defend her sister Kim after trolls accused her of appropriating black culture.

Then, the TV personality appeared to use the n-word when she described some of the name-callings she receives from fans.

After one Twitter user re-shared the old clip to the platform, fans rushed to plead with Hulu to “cancel” their new show.

“Dear @hulu, If you continue to enable the Kardashian family and give them a platform, I will cancel your service,” one wrote in a comment obtained by RadarOnline.

“I will never condone racism or bullying the way the Kardashian/Jenner family continues to perpetuate,” they added before closing with the hashtags: “#boycotthulu” and “#cancelkardashians.”

A second agreed: “They need to be canceled!! Why did Hulu even bother extending the life of this show??

“It’s culturally insensitive and not in keeping with societal changes. The whole family is a group of culture vultures…. I’m over them!!”

Another complained: “Oh hell no! Why haven’t I known about this?”

Sports reporter Chris Williamson chimed in to say: “Khloe deff be using the n-word casually when the cameras ain’t rolling.”

“Khloe really had the audacity to say [sic] she loves black d**k and the N-word so casually. And you know it’s an old clip because it was 25 faces ago but she was still looking like a hard 50 and every day of it,” another slammed.

A final ranted: “Why doesn’t anybody talk about the fact that Khloe Kardashian said the N-word with the hard R on KUWTK??!?”

Despite Khloe’s controversial past, Hulu has planned to move forward with the release of the Kardashian’s newest reality show.

After announcing the venture in September, the network has ensured a quick turnaround and the show is set to drop in the next several weeks.

The new series followed the end of Keeping Up With the Kardashians after 15 years.