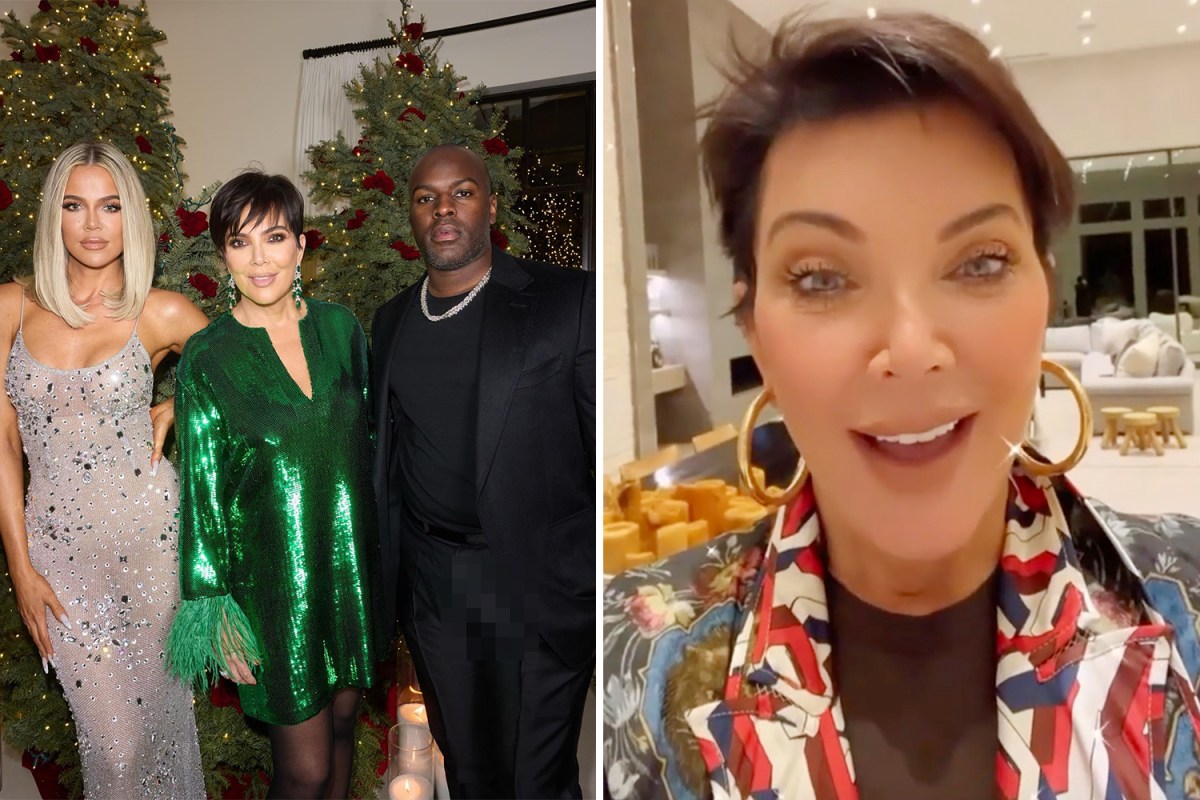 The KUWTK star’s following couldn’t help but notice her 41-year-old partner’s bulge as he posed in a tight black suit.

Corey’s manhood was visible as he posed for several photos with Kris, 66, and Khloe Kardashian, 37, at Kourtney’s festive party.

Kris didn’t seem to notice the x-rated blunder and shared the snaps on Instagram with the caption: “‘Twas the night before Christmas… 2021.”

Her fans went into meltdown in the comments, however, with one writing:”Um, sorry are we going to talk about Corey…?”

Another added: “COREY! My eyes!”

Podcast host Amanda Hirsch shared a screenshot of the photo of Corey with Kris and Khloe that a friend had sent to her.

The friend had written, “Note of Corey’s pants,” to which Amanda replied: “NO.”

Corey and Kris have been dating for seven years, after meeting at designer Riccardo Tisci’s 40th birthday party in Ibiza.

He began publicly dating the matriarch of the Kardashian clan in November 2014, following her divorce from Caitlyn Jenner.

The on-off couple has split several times in their nearly seven-year romance.

In March 2017 they split after Kris told Corey “she was getting side-tracked with this relationship and that she needed to put her family before her own needs and wants”.

But in 2021, the couple appeared to be going strong after Corey celebrated Kris’ birthday on his Instagram.

He said: “Happpppppy Birthday my Beautiful Queen!! Love you Deep bab. Cheers To the best mother & more decades of Love and good health with u.”

And when Corey turned 41 in November, Kris took her turn to wish him a happy birthday on social media.

She posted: “Happy birthday to my love @coreygamble!!

“You are the most amazing partner, best friend, confidant, travel aficionado, therapist, problem solver, golf buddy, protector, advisor, and the best, most wonderful man to my kids and my grandkids!!!

“You are such a special part of my heart and soul and I love you so very much babe… thank you for all you are in my life!! I am truly blessed.”