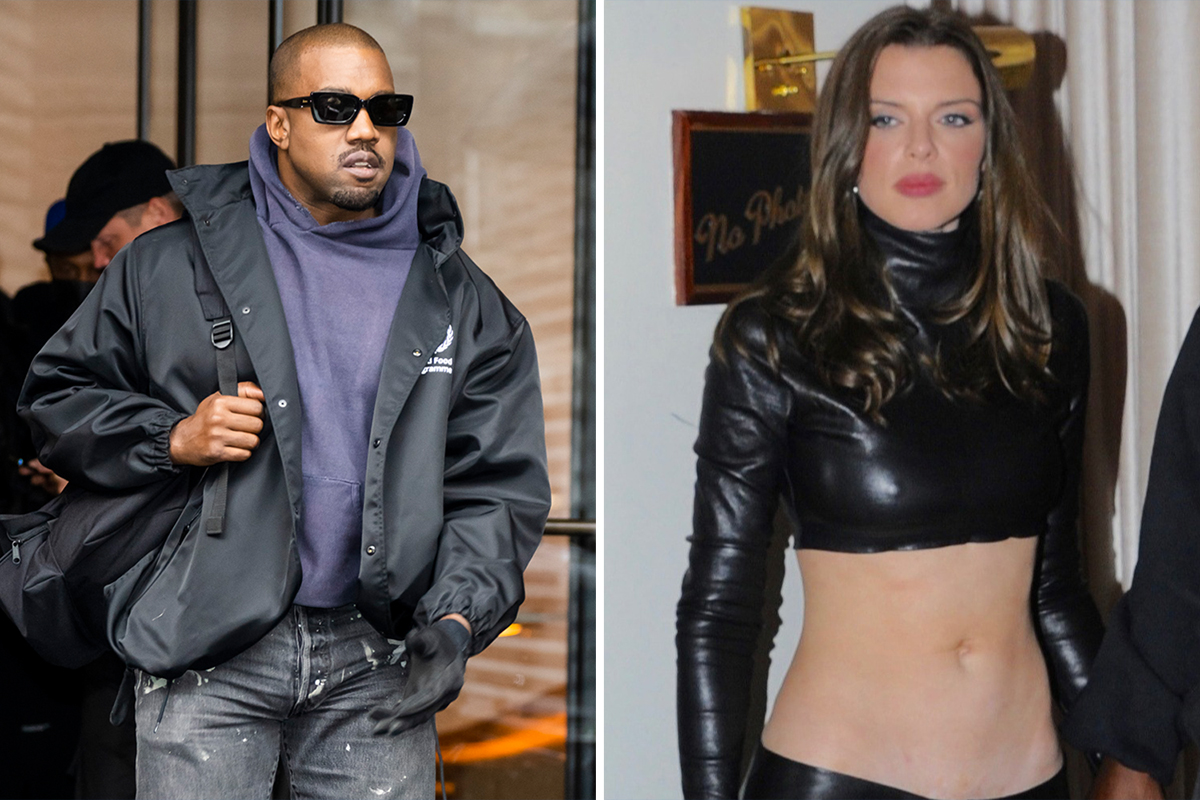 Actress Julia Fox, 31, will not be judging Kanye, 44, based on his rap lyrics, according to Page Six.

A source close to the Uncut Gems actress claimed that she does not want to “cause more drama for Ye.”

The insider added: “He’s an artist and this is how he chooses to express himself.

The source mentioned that the No Sudden Move star reportedly “loves” his new track because she might be “implied” in the lyrics.

According to PEOPLE, the music ap star hinted at his new relationship as he rapped: “My new b*tch bad. I know Illuminati mad.”

Since the beginning of January, the two have been out in public together since their dinner date at the Carbone Restaurant in Miami, Florida.

She recently showed off her sexy black catsuit in an Instagram Story.

Kim’s ex appeared to have gone straight for King of Staten Island actor in the lyrics.

Pete, 28, has been linked to the Keeping Up With the Kardashians alum since they kissed in an Aladdin skit on Saturday Night Live back in October 2021.

Ye rapped: “God saved me from the crash, just so I can beat Pete Davidson’s a**.”

Both Kanye and The Game shared the same image of what fans in the comments believed to be a “skinned monkey” with a red background.

The two rappers captioned their posts: “MY LIFE WAS NEVER EAZY”

The Game added the hashtag: “#Drillmatic”

The Power singer appeared to have called out his ex-wife Kim, 41, in the diss track as well.

Kanye rapped: “I got love for the nannies, but real family is better.

“The cameras watch the kids, y’all stop takin’ the credit.”

He seemed to have referenced the purchase of the house across the street from Kim’s mansion.

The lyrics said: “Boujee and unruly, y’all need to do some chores/ Rich a** kids, this ain’t yo mama’s house.”

He added: “Non-custodial dad, I bought the house next door.

“What you think the point of really bein’ rich for?”

Kanye closed the song with: “Imma turn the music up ­– wake the neighbors.”

The KUWTK star filed for divorce from the artist back in February 2021.

No word yet on when the official version of the song will be released.