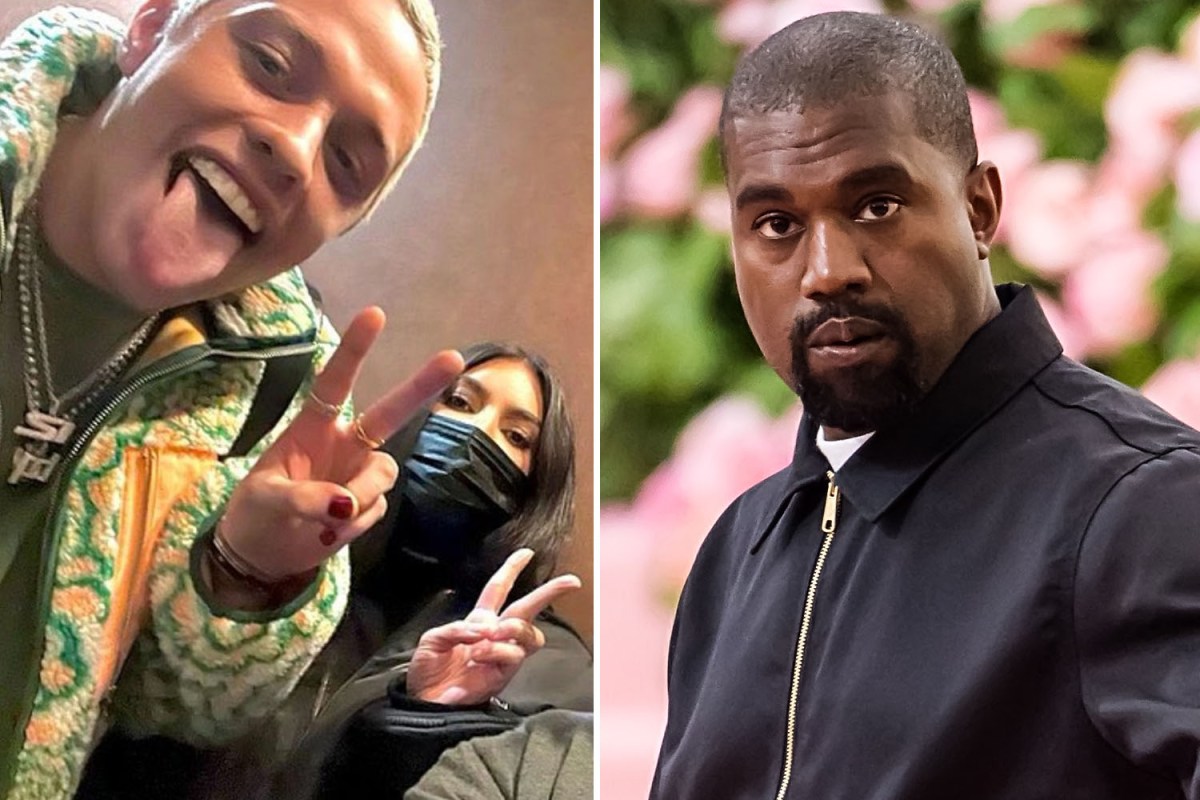 KANYE West claims he was STOPPED from entering Kim Kardashians home with North West because ‘Pete Davidson was inside.’

The rapper opened up about his relationship with his ex, as well as her budding romance, during an appearance on Hollywood Unlocked.

Kanye, 44, claims he was entering the home to spend time with his children, but was refused entry.

He told host Jason Lee: “Earlier this week, Monday, when I went to go pick my kids up from school, the security stopped me at the gate.

“So at that point, security was in between me and my children and that’s what was not going to happen.”

Kanye went on: “But I didn’t want to argue about it. So I just chilled, took my kids to school, and then took my kids back.

“I am driving. I bring them back and North was like, ‘I want you to come upstairs and see something.’

Kanye said the security told him he couldn’t go inside, but that he hadn’t been told that by Kim, 41.

The rapper went on: “My daughter wanted me to go inside.

“I was like, I am the richest Black man and North’s father, right, and the security was able to stop me from going into the room with my daughter and that had not been defined.

“And I am hearing that the new boyfriend is actually in the house that I can’t even go to.

“And that’s where I call my cousins. And my cousin is real opinionated, you know that. And I said, ‘I need you to go and say these two things.’

Kanye revealed that it was two female cousins he sent to chat with his ex.

He added that it was a non-aggressive confrontation, telling Jason: “Yes, my female cousins, aggressive, just to say really simply like, look, for us to be – Certain words I don’t like, co-parent – like from where I am from, you’re my baby mama.

“So for us to be cordial and civil, there are certain things that are not finna be done and be done under the rug.”

Kanye didn’t seem to be so upset that Kim was with Pete.

He was, however, furious that he was kept from his children.

The rapper said on the show that he doesn’t want anything standing between him, North, Saint, Chicago and Psalm.

Kanye explained: “They can go on SNL and make jokes, they can make jokes in the media, they can plant stories, abut whoever I am dating and whatever I want to do.

“They can block deals, they can do all of that type of stuff, but I can tell you straight up, don’t play with my kids.”

He reiterated: “Don’t play with my kids.

“Whoever you all work for, whoever you all think the family is working for, I am telling you right now, don’t play with my children.

“You are not going to gaslight me, thinking it is going to be calm like this.

“but that is what we are not going to play. It ain’t going to be no.

“And this is for all of everybody who has been in a situation like this who didn’t have a voice…I got the house right next to my children.”

Earlier in the interview, Kanye mentioned Kim’s new boo without saying his name.

He admitted he hasn’t “been the best Christian,” adding: “This is for anybody that’s going Theviraltime a separation, and people intentionally do things to be mean and hurt you… to be playing games.

“How you gonna bring me to SNL and kiss the dude you dating right in front of me, and everybody’s like, ‘Aw, that’s cool.’

“I can have my principles and things I’ve change things, and I backslide, and I haven’t been the best Christian and things the media can make seem some kind of ways…But at the end of the day, I’m Jesus gang. “

Kanye added: “I’m about family, just me and my kids, parenting. And I mean, my kids’ mom we not together. I’m still gonna be the best dad.”

Kim filed for divorce from Kanye in February 2021.

She was linked to Pete in October.

The pair locked lips in an Aladdin-themed skit on the comedy show. They were then seen on several dates together.

Kanye pleaded for Kim back publicly several times, but has recently been linked to Julia Fox.

The rapper recently had a song leak in which he rapped about fighting Kim’s new flame.

Showbiz What pets do the Kardashians and Jenners have and what are their names? Theviraltime
Showbiz Kanye West fan ‘PUNCHED by rapper in huge 3am brawl’ identified as autograph collector ‘trying to live life’ Theviraltime
Advertisement