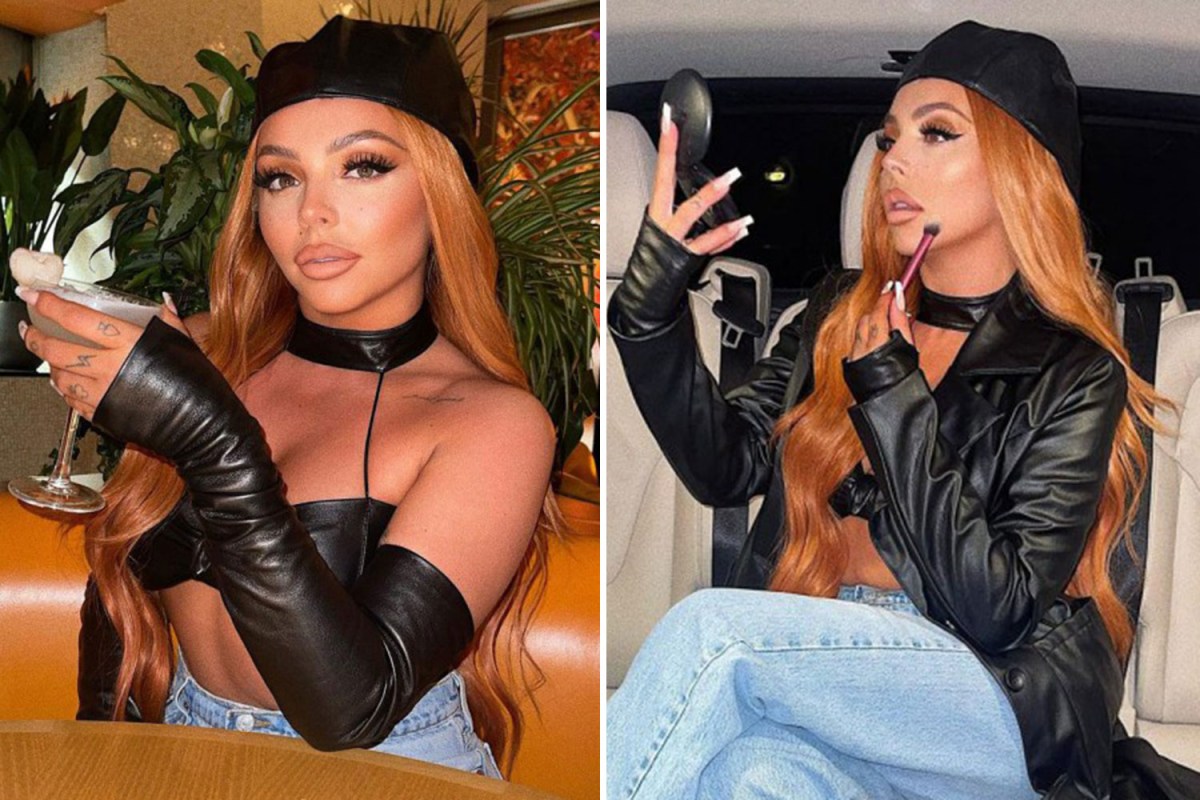 JESY Nelson has made a return to social media and shared a series of striking images showing off her new look.

Former Little Mix star Jesy, 30, showed off new ginger locks as she put on a booby display in a black leather bralette top and a matching trench coat.

The Boyz singer completed the look with a pair of cropped jeans and some strappy black heels.

Uploading a series of snaps from her night out with friends, Jesy simply wrote: “2022.”

It comes after Jesy sparked rumours she reunited with on/off boyfriend for the third time following her performance at the Capital Jingle Bell Ball in December.

The pair recently re-followed each other on Instagram and have been liking each others posts, with Harry leaving fire emojis on a snap on Jesy’s Instagram.

In September last year The Sun revealed Jesy and videographer Harry were back on, with exclusive snaps from their holiday to Los Angeles.

The pair were originally together for 16 months after meeting in 2017.

And they were seen putting on a cosy display in the US as they lined up for breakfast at the Urth Cafe in West Hollywood before heading to Cookies’ Cannabis Dispensary.

But just a couple of months later Jesy was snapped puckering up to actor Lucien Laviscount in the back of a rickshaw in Soho on a night out.

She was said to be “mortified” by the snaps and insisted that the pair were just friends.