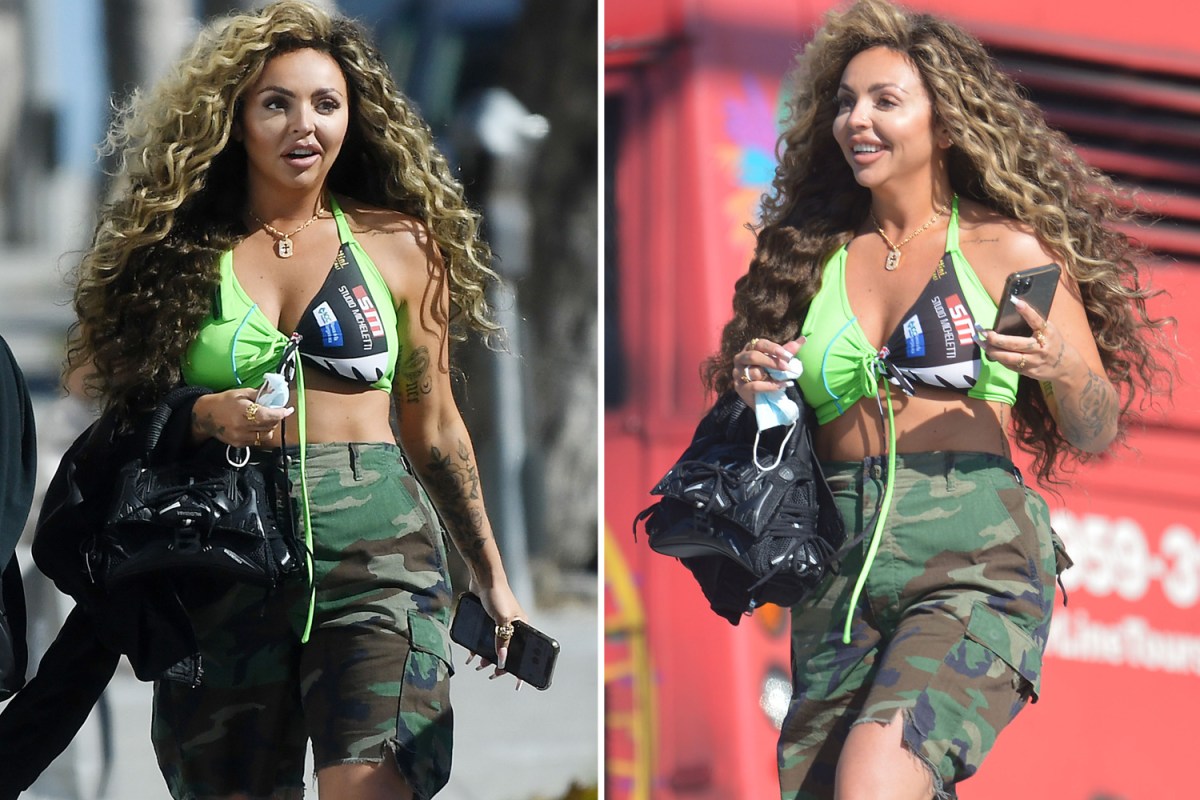 JESY NELSON is beaming like the California sunshine after spending the weekend with pals in Los Angeles.

The former Little Mix singer has flown out to the Golden State to work on new music.

Jesy was photographed enjoying some downtime with pals yesterday.

The Bad Boyz singer headed out for lunch in a pair of camouflage shorts, a bikini top and army boots.

Jesy previously admitted to fans she was struggling with jet lag after touching down in the US last Wednesday.

Filming herself in bed, Jesy said: “I’ve never felt jet lag this bad. My eyes are literally burning and I don’t even feel like I’m here.

“I feel like I am just in a daze constantly and I don’t know what to do because all I want to do is sleep.”

If counting sheep doesn’t work, Jesy, I’d recommend a good bottle of red wine. You’ll drop off in no time.