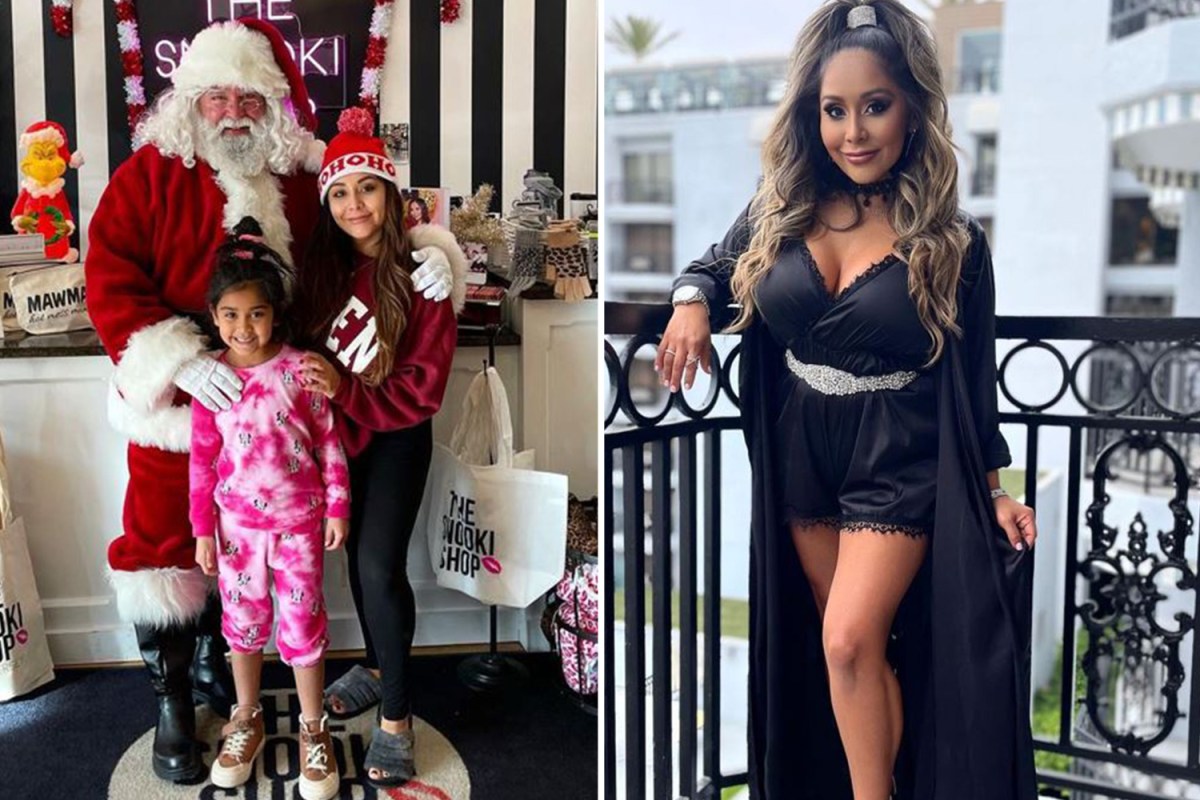 JERSEY Shore star Nicole ‘Snooki’ Polizzi fans were left shocked after seeing a picture where her daughter Giovanna looks almost taller than her.

The 34-year-old, who measures in at just 1.42m, uploaded the snap on her Instagram to promote her own shop.

In the pic, Nicole can be seen standing next to a man dressed as Santa and her daughter Giovanna, seven, stood in front of them.

The mom-of-three looked casual in a maroon oversized jumper, black leggings and a pair of sliders.

She accessorised with a festive red bobble hat.

And some of her followers were left speechless after pointing out that her daughter will soon reach be able to reach her height – four foot eight.

One wrote in the comments section: “Beautiful she’s gonna be taller than you soon.”

Meanwhile others wanted to send their festive wishes.

Another said: “Merry Christmas to you & family.”

Snooki opened the Snooki Shop, located in Madison, New Jersey, back in 2018.

Earlier this month Nicole showed off her stunning holiday decorations inside her $2.6 million New Jersey mansion after she had shut down divorce rumors.

There were two Elves on a Shelf placed above the stove, and a Santa Claus standing between two small Christmas trees on top of a kitchen table.

The Jersey Shore star gushed: “This is all the decor that I do for Christmas.”

She continued: “Oh god! I have to show you! This is a new buy that I bought this year!”

In the next Story, she pointed the camera at the glowing Christmas tree placed in the middle of the living room.

Back in November the reality star shut down the ongoing divorce rumors after she shared a rare photo with her husband, Jionni Lavalle, on her birthday.

In the pic Nicole had on a cap on her head and wore a green jacket, while Jionni put his arm around his MTV wife.

The couple tied the knot in 2014 and share three kids together Lorenzo, nine, Giovanna and Angelo, two.