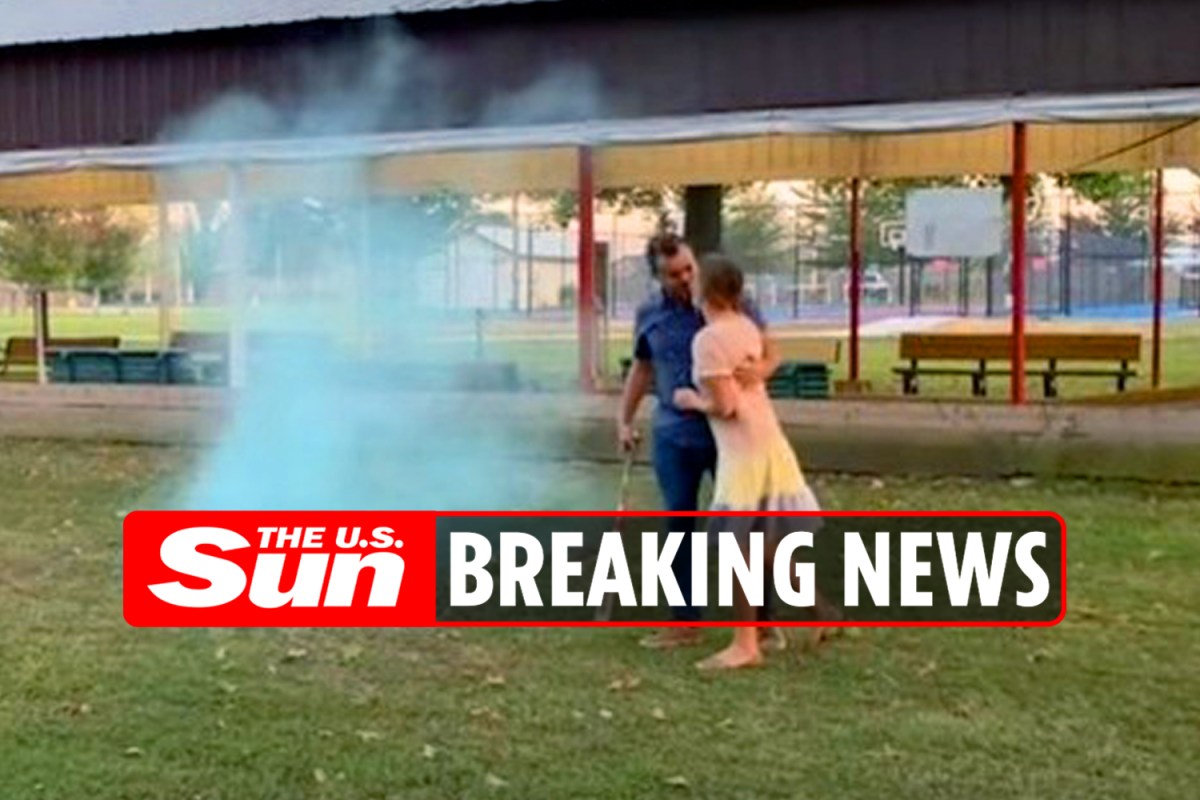 Jed and Katey announced they were expecting their first child together in September – two months after they tied the knot.

The couple posted two black-and-white stills from their gender reveal party, which a majority of the Duggar family appears to have been invited to.

In the first of two photos, Jed and Katey are shown smiling seemingly moments after learning if they’re expecting a boy or a girl.

The second photo shows Jed swinging at something, sending dust into the air.

They captioned the post: “And the gender of our baby is…,” directing fans to a YouTube video in which they confirm they’re having a baby boy.

The video was filmed at a party, where family members – sans Josh, who is in prison awaiting sentencing on child pornography charges – gathered at what looks to be a park, ate together and guessed at the child’s gender before the big reveal.

During the party, the family chowed down on themed snacks, choosing sides before gathering to find out the gender once and for all.

After learning the baby was a boy, someone could be heard shouting: “I knew it!” as Jed and Katey kissed.

The gender reveal comes after Jed was accused of trying to “distract” from Josh’s child pornography scandal.

As the trial played out, Jed shared photos from his engagement to Katey, which took place months earlier.

He captioned the photos: “Looking back on our romantic winter proposal on Valentine’s Day! It was -13°F and snowing! She was SO surprised!!”

In the time since the former 19 Kids and Counting star popped the question, he and Katey had not only gotten married but announced that they were expecting.

They shared the exciting news in September.

Fans weren’t amused by what they perceived as a stunt from Jed.

One person commented: “Damage control anyone? You brother is in court for possession of CSAM and all you can do is talk about your engagement as if nothing is happening?”

Another replied with: “Read the room Jed!!!!! Your 9sic) supporting your sick in the head brother and a jury is having to listen to the sick things he was watching and your (sic) over here reminiscing about your proposal good lord.”

Jed was expected to take the stand in the trial, as was sister Jill Duggar.