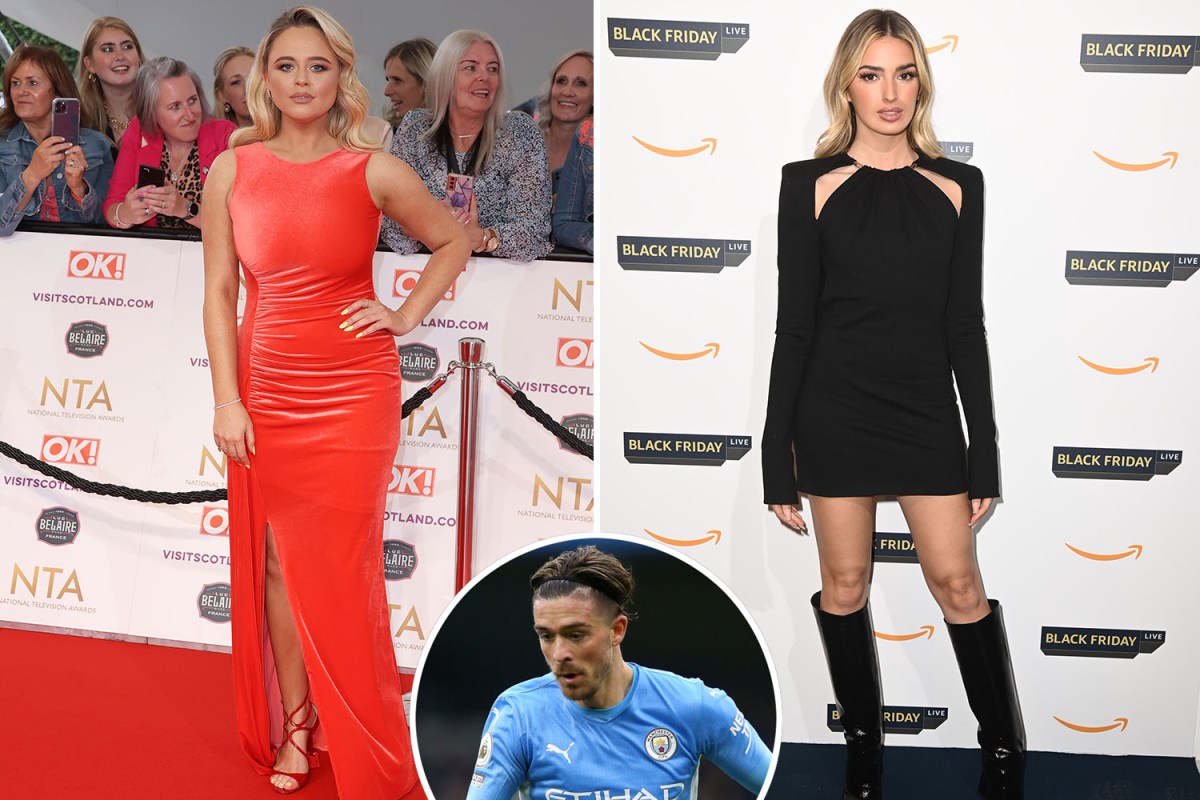 JACK Grealish’s girlfriend Sasha Attwood has revealed she’s been hitting the bottle and gorging on unhealthy food after opening up about things that have “gone wrong” in her life.

The model confessed she had been sleeping late, wiling away her days in front of the telly and not showering until 8pm.

It comes after her football star boyfriend Jack’s secret dates with Emily Atack were exposed.

She revealed in a vlog on her YouTube channel: “Things that are going wrong for me currently….when I work, I can get up at 5am fine…it’s more when I have a day off. I just can’t get up. I’m not a morning person. I’m much more productive in the evening.

“So I’ll get up at 9am and I’ll have a cup of tea, watch TV for a bit, I’ll get some breakfast and then it’s like midday and I’ve done absolutely nothing.

“I’ve got a list this big, so then I start trying to cram everything in and it gets to like 8’o’clock on the night and I like, I still need to do his dinner, I need to have a shower, I need to get all my stuff done.

“I still want to have a nice evening, we want to watch TV so then I’m doing to bed at like 1am and this is just a cycle that keeps happening and I don’t want it keep happening because I’m feeling tired all the time and not getting stuff done that I want to get done.

“Also, I’ve not been working out at all. I’ve just been indulging. I’ve been eating too much, drinking too much and I’m just like I want to have a bit of a lifestyle change.”

Sasha said she was now on a six-week PT course and was doing Pilates and trying to get up at 7am as she focuses on “self-care”.

“Friends come and go. You are with yourself 100% per cent of the time and you wouldn’t want be around someone you didn’t like so why don’t we like yourselves?

“We’ve got to start looking after ourselves. It’s so important.”

Jack and Sasha’s relationship was been under stress after it was revealed that he’d met with telly star Emily Atack for secret dates.

The Sun revealed how Premier League star Jack and Emily had enjoyed at least two secret trysts since October.

But the Inbetweeners actress was left “hurt and humiliated” after he went public again with Sasha.

Devastated Emily has now unfollowed England ace – and “walked away” from the star.

But the footballer and Sasha recently enjoyed a romantic date at Winter Wonderland, and posted on Instagram showing themselves enjoying a cosy night in.

The Inbetweeners actress has been left “hurt and humiliated” after he went public again with his on/off girlfriend, Sasha Attwood.