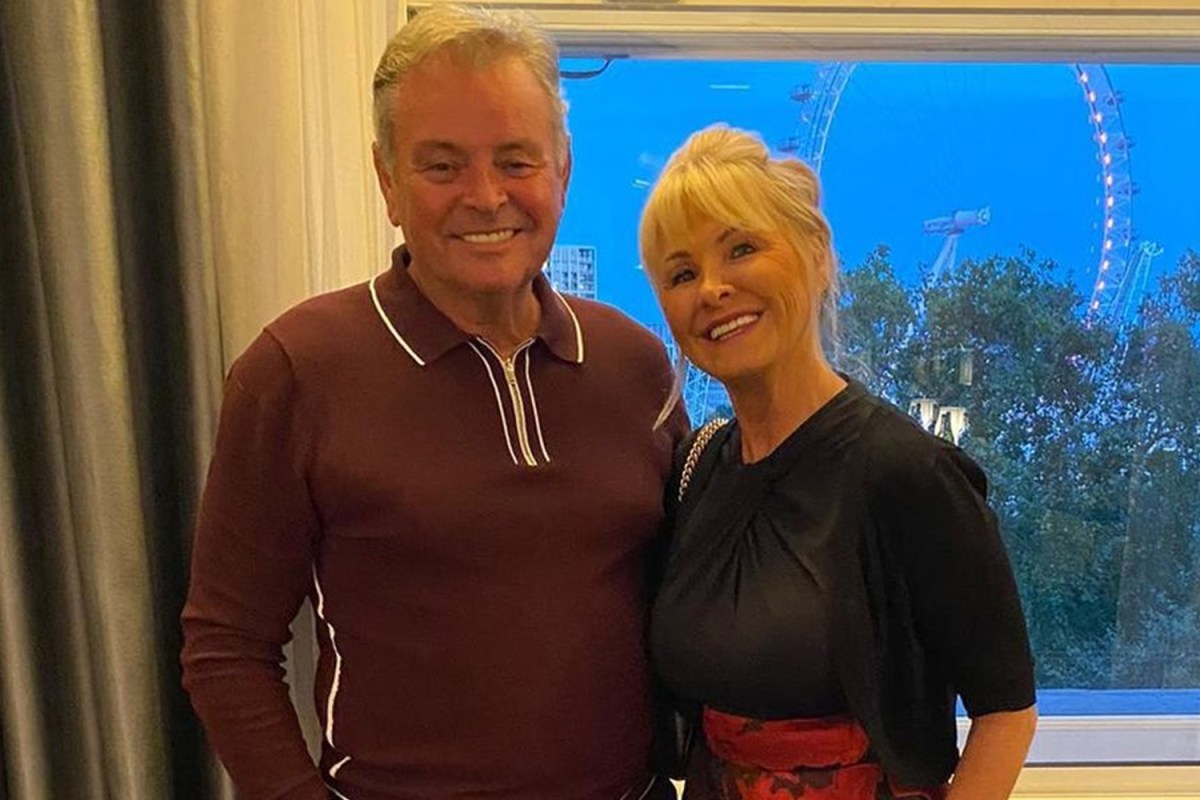 MARK Wright’s TOWIE star mum Carol has revealed she’s had a boob job at the age of 61.

The reality favourite – and matriarch of the Wright clan – told how she feels “much more confident” after opting for a breast reduction and uplift.

The op also saw her have new implants to replace the ones she had put in 25 years ago.

Carol told OK! Magazine the surgery had been a promise to herself for her 60th birthday, but kept getting delayed due to the coronavirus pandemic – and her own battle with the virus.

After years of feeling like “the unsexiest woman on the beach” she has now gushed over her new figure.

She told the publication: “I feel so much more confident. I’m 61 and there’s nothing to be ashamed of.

“We’re not going to have the most amazing boobs by my age and if you want something done like that, then I think, ‘Why not?’

“Why not make yourself feel better?”

The mum of Mark, Josh, Jess and Natalya added: “I always said for my 60th I was definitely going to get it done and I’d been thinking about it for the past five years.

My boobs were too big for my frame. I’ve got quite small shoulders and my poor mum [Nanny Pat] had such a hunchback, and I thought, ‘If I keep carrying these boobs around I’m going to end up the same way as her.’

“Not that she had big boobs but it was from her back and I thought I was going down that route if I didn’t sort them.”

Carol, who said daughters Jess and Natalya were strong supporters of her decision, candidly added: “I’m quite conceited and I do like to look good, but every time I bought a swimsuit or bikini I was having to get ones with big bras and bones in them, and I felt like the unsexiest woman on the beach.”

Carol also told how her hubby Mark Wright senior was still “a bit squeamish” about the results.

The grandmother-to-be said: “I’ve still got some scars. I keep showing him them and saying, ‘Don’t you think they look good?’ and he says ‘Yeah’, then turns his head.

“He’s a bit too scared to look at the moment!”

Carol became the last of her family to quit TOWIE in 2017.

Carol’s mum Nanny Pat was also a much-loved character on the show before she sadly passed away in 2015 following a short illness.

At the time, sources close to Carol have revealed that she felt out of place following Lydia and Debbie Bright’s departures.

A TV source said: “Carol has decided to end her time with the show.

“She didn’t feel like she had a full time place on Towie since Debbie and Jess left as she used to film a lot of her scenes with them.

“The show has much more of an open door policy and would happily welcome back Carol when it’s appropriate for a storyline.

“Bosses would never say no to a Wright cameo or return in the future.”

Carol joined Towie in 2011 during its second series, where Mark and his then-girlfriend Lauren Goodger were central to the show’s main storyline.

Inside Jess Wright’s incredible wedding with 12 bridesmaids, flowers from the ceiling and five-tier cake