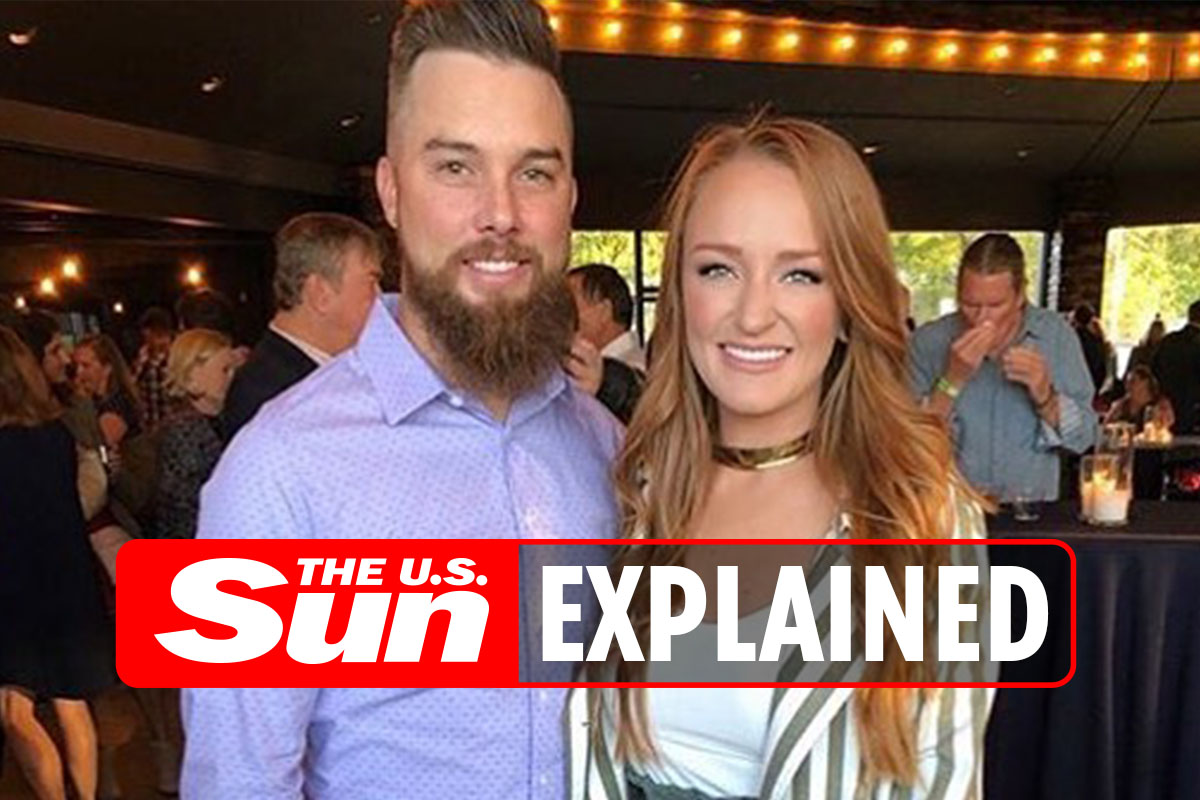 FANS of MTV’s Maci Bookout have been left confused as to whether or not the reality star is pregnant with another child.

In the midst of swirling pregnancy rumors, the Teen Mom’s activity on social media left followers baffled as her posts seem to bewilder viewers further.

Is Maci from Teen Mom pregnant?

In September of 2021, Maci Bookout posted a photo of a sonogram to her Instagram page, of not one, but two baby onesies.

The only other information in the post is the caption, where Maci directs viewers to the link in her bio.

That website includes a short post, not announcing that the star is expecting, but mentioning that adoption is still on the table for Maci and her husband, Taylor McKinney.

She uploaded a picture of a baby outfit and a sonogram, which belonged to 16 and Pregnant star Izabella Tovar. Izabella shared the same picture in early March, announcing that her baby was due September 2021.

The caption of the photo, which read #LinkInBio, leads Maci’s 4million followers to an article about Catelynn Lowell’s pregnancy.

Back in February Catelynn and her husband, Tyler Baltierra, announced that they are once again expecting after suffering several miscarriages.

Catelynn told Celebuzz at the time: “I was definitely surprised that we got pregnant so fast with this baby! But we are so excited.”

The Teen Mom OG star also touched on how when she first told Tyler, he wouldn’t believe her.

“I just handed him the positive test,” Catelynn said, adding that Tyler didn’t believe the news until Catelynn “missed [her] period and took another test that was positive.”

Catelynn and Tyler are already parents to Nova and Vaeda, as well as older daughter Carly, who they placed for adoption.

🍼  Follow all our latest news & stories on Teen Mom.

On Friday, January 7 of 2022, Maci Bookout alluded to her pregnancy once again.

On her Instagram story, the reality star posted a screengrab from the Teen Mom Vacation teaser trailer, which was the focus of speculation among show sleuths.

She captioned the post: “Since everyone’s talking, I am happy to CONFIRM my PREGNANCY news!”

Instagram and Teen Mom sleuths thought Maci seemingly confirmed she was pregnant with her fourth child.

However, CelebBuzz posted details about the pregnancy rumors, which were given to them from a source close to Maci and her situation.

The source told CelebBuzz: “It seems the rumors are popping up again so … to settle the score — no, Maci is NOT pregnant.”

They continued: “No, she is not sporting a baby bump in the upcoming Teen Mom vacation show.”

Fans have slammed Maci on social media for appearing to be “playing games with her marriage.”

In February 2020 in an interview with Us Weekly, a source said that the pair see the gossip but “there’s no truth to those rumors whatsoever” and “they laugh at them as they are happier together than ever.”

On social media, the pair seem as loved up as when they first met.

Season 9 was filmed as the outbreak of coronavirus hit America.

Who’s in the cast this season?

Who are their boyfriends, husbands and baby daddies?

The couple celebrated their fourth anniversary in October 2020, sharing sweet Instagram posts about their love.

“The goal is to laugh forever with someone you take seriously,” Maci wrote. “Happy fourth anniversary, babe! #wecheerforthehometeam #thingsthatmatter.”

Taylor recently deleted his Instagram, according to Celebuzz, but before he did so he returned Maci’s anniversary sentiments by writing:

“4 years today. What a ride it’s been, and our story isn’t done yet! Enjoying every chapter with you. Cheers to many more adventures with you and our family. Love you, babe.”

Are Maci and her baby daddy Ryan on good terms?

Ryan, 32, has had a strained relationship with Maci following his years of rehab and jail stints for drug abuse.

Maci’s husband filed a protection order against Ryan, claiming he threatened to “put a bullet in [his] head” after a string of outbursts.

On May 21, 2018, a two-year restraining order was granted to protect Maci, Taylor and their two children.

The Sun reported in May last year that Maci’s restraining order against Ryan Edwards expired.

On last season’s Teen Mom OG, Maci said Ryan did not seem sober during their son’s birthday party in October.

Maci reportedly got Ryan fired from the show after their explosive reunion show fight, according to Ryan’s dad Larry who exclusively told The Sun.

Ryan and his wife Mackenzie, 24, have also been let go from the MTV series.

A source told The Ashley’s Reality Roundup: “Ryan and Mackenzie, as well as Jen and Larry, were all on a call with production on Tuesday informing them they won’t be on the show anymore going forward.

“The Edwards were informed that Maci’s reps wanted to go a different direction and showcase all of her abilities.

“Maci went to production and explained she wanted her story to cover all the parts of her life and no longer focus on Ryan and his family.”