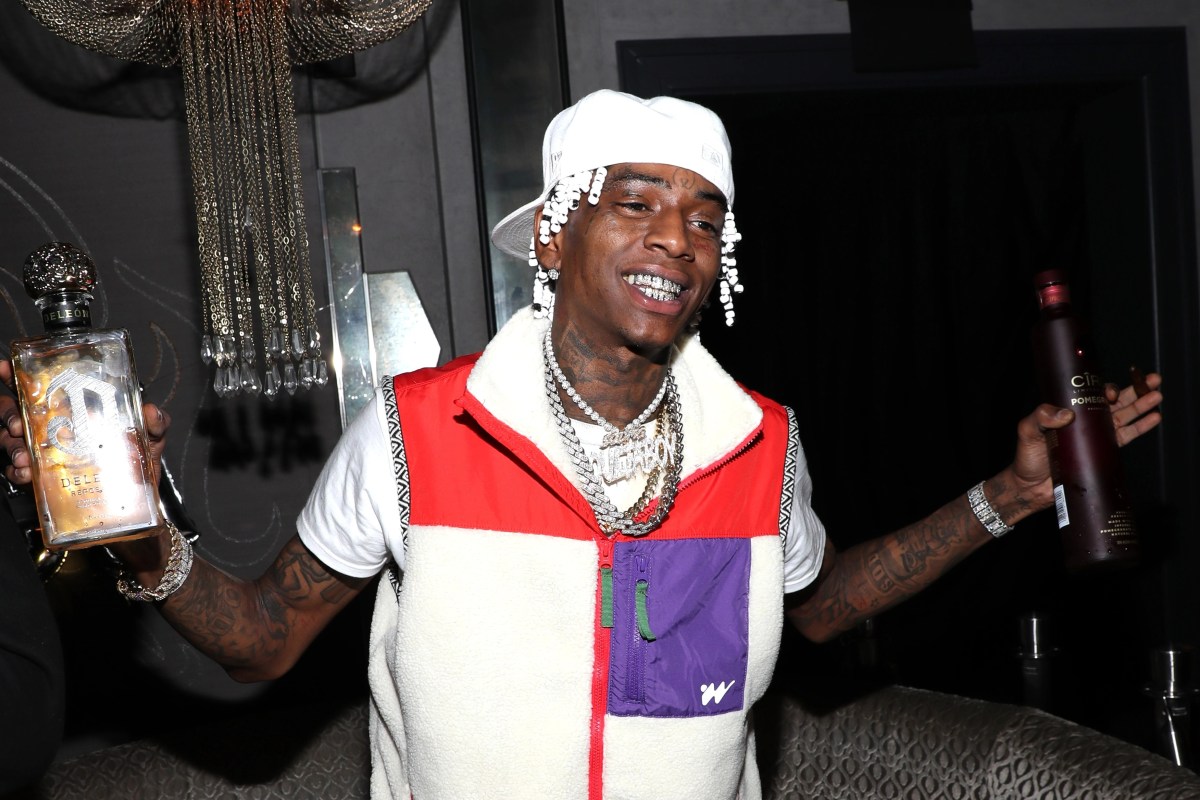 RAPPER Soulja Boy’s nudes were leaked ahead of the release of his new docuseries – minutes after he shared a link to his OnlyFans page on social media.

But the musician is certainly not the first star to fall victim.

In fact, decades earlier, socialite Paris Hilton and Kim Kardashian both suffered the ignominy of having a sex tape released into the public domain.

Here The Sun takes a look at how A-listers have fallen victim to leaks while for some it made them household names.

The rapper’s “leaked photos” started trending Thursday after the rapper tweeted a link to the adult social network site.

Soulja, real name DeAndre Cortez Way, appeared to take the leak in his stride as he tweeted: “Biggest lesson: Don’t ever think it can’t happen to you.”

He added: “Don’t waste words on people who deserve your silence.”

He also retweeted several users who had seen the nudes before joking “Good morning bae, wyd.”

One of the retweets said: “Good morning to @souljaboy and @souljaboy only.”

Another read: “Came to see why @souljaboy was trending!! And GOT DAMN. I been a Soulja Gurl!!”

Many fans made jokes about the explicit content using Soulja Boy’s hit Kiss Me Through The Phone.

The Crank That star has sold his pictures on OnlyFans for $25 a month since February last year.

It is not clear how the other pictures were reportedly leaked to other social media sites and if a subscriber to his account was responsible.

The rapper took advantage of the eyes on his account during the ‘”leak” to promote some of his songs and a docuseries titled The Life of Draco, which will air later this month.

Decades before Soulja’s leak, a sex tape involving Paris Hilton and her ex-partner Rick Salomon was released in 2003.

The socialite’s pornographic video – titled 1 Night in Paris – was exposed in 2003. She was 19 when the explicit video was filmed in 2001.

In 2013, Paris claimed she didn’t make any money from her infamous video.

“I never made a dollar,” she said when she first spoke out about the scandal.

Salomon later filed a lawsuit against the Hilton family, accusing them of tainting his reputation after they suggested he took advantage of her.

She also sued the company for $30million for violation of privacy, illegal business practices, and emotional distress before settling out of court.

In 2014, Paris revealed: “It was devastating because that (Salomon) was someone I was with for a few years.

“It was just the most hurtful and awful thing that anyone could do to a little girl. I was very young.”

Paris revealed in the 2018 documentary The American Meme that she “was so embarrassed” after the video leaked, according to E-News.

“It was like being raped. It felt like I’d lost part of my soul and been talked about in such cruel and mean ways. Literally wanted to die at some points.”

Kyle Richards, a star of Real Housewives of Beverly Hills, revealed how her family felt when Paris’ sex tape was leaked.

She said: “We were devastated. It was horrible.”

Richards is the half-sister of Paris’ mom Kathy Hilton.

In 2002, Kim Kardashian starred in a sex tape alongside her one-time partner Ray J – long before she was a reality TV star.

In October of that year, the couple went on a trip to the luxury Esperanza resort in Cabo, Mexico, to celebrate Kim’s 23rd birthday.

They took a handheld camcorder with them and filmed themselves goofing around for the camera, and also having sex.

Kevin Dickson, a former editor at Touch Weekly, said when trying to contact Kim when the rumor first emerged, he found himself talking to Paris Hilton while Kim “was crying in the background”.

Kim stopped trying to prevent the publication of the tape and settled with Vivid.

In June, the businesswoman and KUTWK star revealed how feeling frisky was the reason for the filming.

The SKIMS founder was going Theviraltime a divorce with ex-husband Damon Thomas in 2003 when she met Ray J. The pair dated from 2003 to 2006.

Wack 100 claimed he had an unreleased sex tape belonging to Kim and her ex – allegations that were vehemently denied by Kim’s attorney Marty Singer.

Singer told TMZ: “The claim that there is an unreleased sex tape is unequivocally false. It is unfortunate that people make these statements to try and get their 15 minutes of fame.”

The pair fell hard and fast, getting married just 96 hours after their first date at a private beach ceremony on 19 February 1995.

A few months later, the couple’s now-infamous sex tape was leaked online and by 1996, following the birth of their first son, Brandon, Pamela filed for divorce.

The split didn’t last long, with the pair welcoming their second son, Dylan, in December 1997,

Pamela was forced to tell her sons about the explicit tape’s existence before they found out from their friends.

She said: “That stupid tape. I can’t believe the interest in it hasn’t died down.

“It made for a very uncomfortable talk with my sons — you have no idea. But, looking back, at least my hair looked good.”