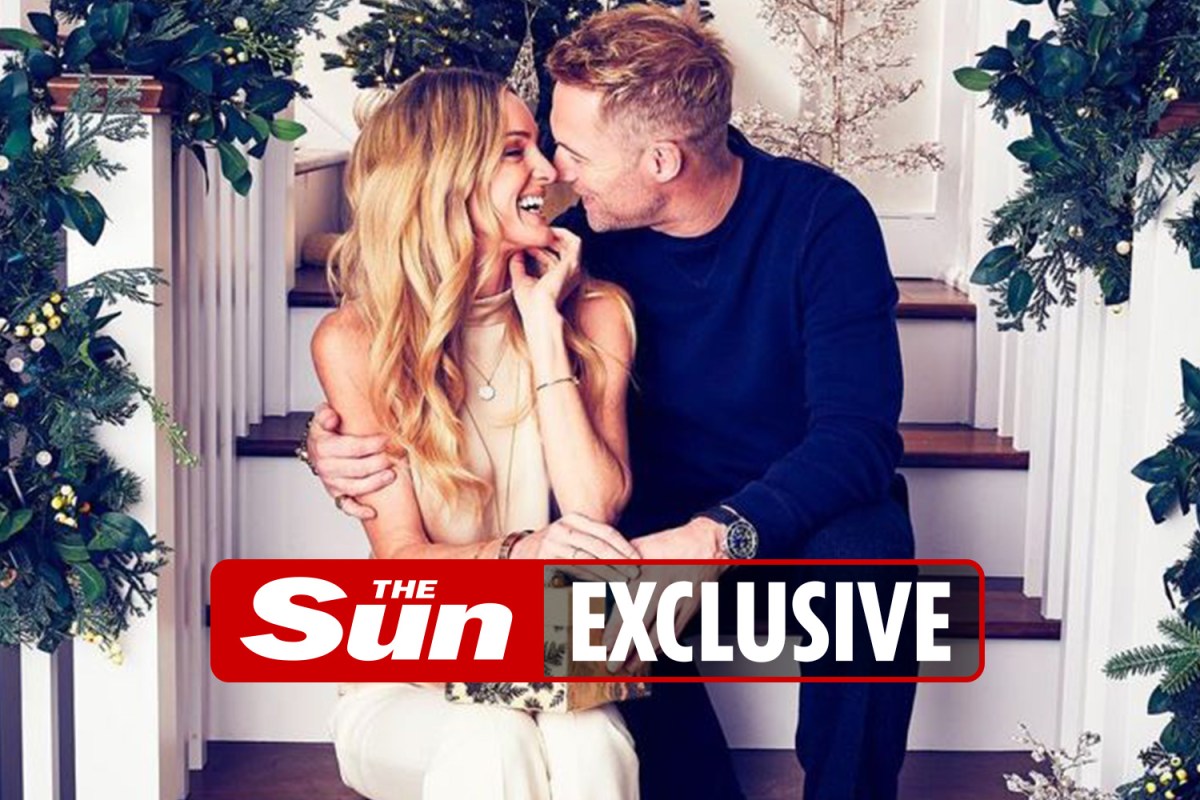 IT’S been five long years in the making, but Ronan Keating is finally ready to move into his dream home with wife Storm and their family – and hopes they’ll even be there in time to unwrap Santa’s presents.

“Moving in will be a pinch-me moment,” the Boyzone star tells The Sun. “Please God, we’ll be in the new home for Christmas.

Ronan, 44, and Storm, 40,  purchased their traditional mansion just outside London in 2016 and initially wanted to keep the shell of the house, and “bring it back to life”.

But they were forced to change tack after finding the structure hadn’t aged well with poor plumbing and electrical that needed replacing.

They decided to build from scratch, designing an inspirational eco home that could be “an example of quality sustainable products and green living”.

“My wife, bless her, is on-site 24 hours a day project managing, trying to get it finished. And she’s getting there!”

Storm said it has taken years to plan their completely zero-carbon home, which harvests its own rainwater and even waste.

The ex model revealed the couple won’t be compromising on luxury – and will install a swimming pool and tennis court.

She said: “Our entire site with swimming pool and tennis court will also be run via solar panels and air source heat pumps, making their energy output neutral also (!) We are so proud and excited.”

Photos from the couple’s dedicated home Instagram account have revealed the house will stand on a huge plot of land, with incredible views of the countryside.

Ronan is father to five children: Jack, 22, Missy, 20, and Ali, 16 – from his first marriage to Yvonne Connell – and Cooper, four, and one-year-old Coco, whom he shares with his current wife Storm.

And the Irish crooner tells us how excited he is to spend the holidays all together in their new home – especially as they may be seeing Storm’s brother and sister-in-law, who live in Australia, for the first time in two years.

He says: “Christmas will hopefully be at home with all the children. I can’t wait for all my family to be together.

“Hopefully Storm’s brother and sister-in-law are coming up with the kids too.

“We haven’t seen them in two years!”

Christmas comes after a hard year for Ronan’s family, which has seen both Storm and their son, Cooper, spend time in hospital.

The mum was diagnosed with cauda equina syndrome last March, a rare condition where the nerves in the lower back are compressed, which left her paralysed temporarily.

Meanwhile, Cooper was rushed to hospital and spent two nights in a ward in September – which Ronan has now said terrified him and “broke my heart”, despite it being “nothing serious”.

“My goodness, it’s so heartbreaking to watch them with their little oxygen masks on,” he recalls. “It broke my heart.

“We found it very hard, you can imagine what the kids are going Theviraltime.”

And it’s this experience that has driven Ronan to work with Ronald McDonald House Charities – who look after the parents of sick children while they’re in hospital.

Ronan explains: “Because I’m a dad myself, I understand how it feels. The worry, the stress, the pressure, that you feel.

“The parents at these places, who have seriously ill kids down the road, have this space here where they can come and sleep, have food, shower, freshen up, and also meet like-minded people going Theviraltime the same situation they’re going Theviraltime. It’s invaluable.”

With Christmas around the corner, Ronan can’t help but remember his late Boyzone bandmate Stephen Gately – who died at the age of 33 in 2009.

Although, he tells us, he thinks about him all the time – especially when he’s with his other bandmates, Keith Duffy, Shane Lynch and Mikey Graham.

“2007 to 2009, when Boyzone got back together again before Stephen passed, were the best years for us,” he tells us. “As a band, we were just at our happiest.

It’s always going to be Stephen Gately and I, standing side by side

And Ronan is sure he’s going to be thinking of Stephen when he goes back on tour next year, as when he’s performing is when he misses him the most.

He says, “I think about him regularly, especially when I’m onstage singing.

“I’m always involving him in my performance, it’s very important to me.

“We learned how to sing together, we performed together. It’s always going to be Stephen and I standing side by side.

“So every performance now has a little bit of Stephen.”