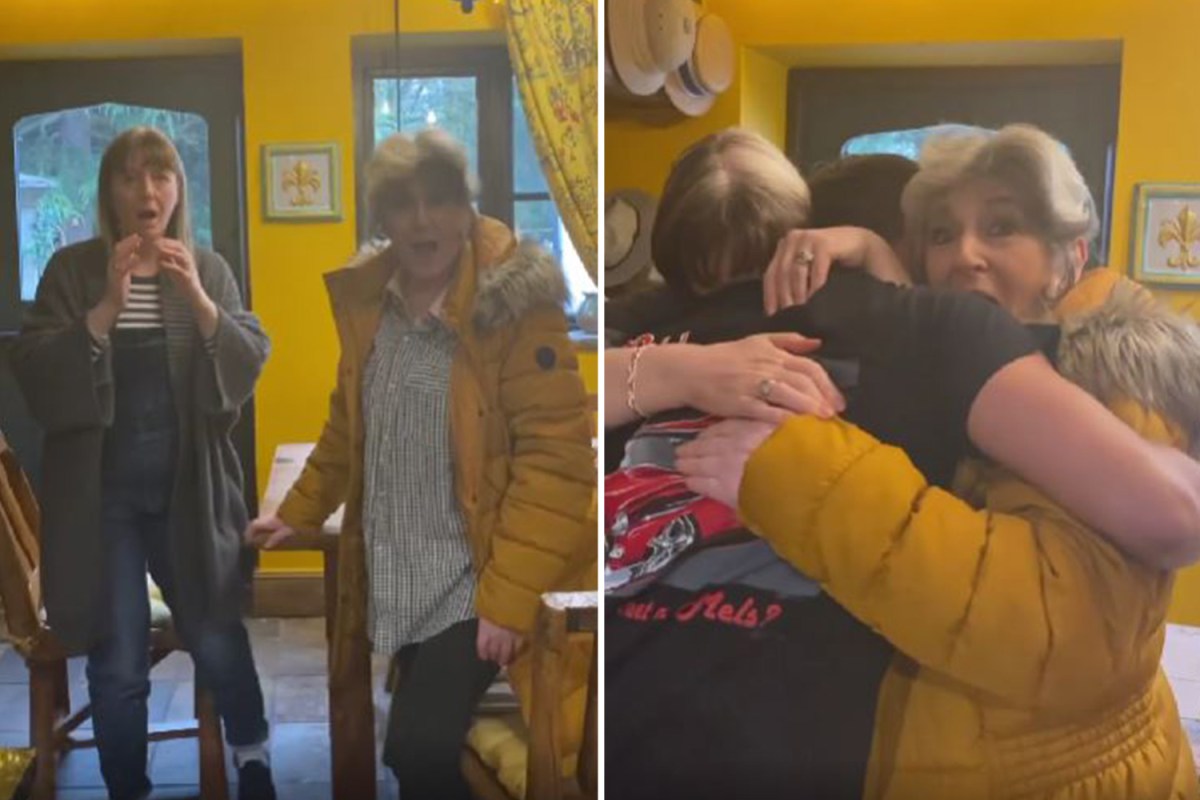 YVETTE Fielding was left stunned as her musician son Will returned home from Los Angeles to surprise her for Christmas.

The Most Haunted presenter, 53, was so surprised by his return that she stood, open-mouthed in her kitchen.

Taking to Instagram to capture the moment, the 28-year-old filmed himself stealthily opening the door to his mum’s Tudor home in Cheshire.

Trying to be as quiet as possible, Will walked into his mum’s kitchen where she and his grandmother were sitting.

Caught off-guard by the surprise, Yvette immediately stood up from the kitchen table and shrieked in delight before putting her hands to her mouth.

As the shock wore off, Will rushed in for a sweet cuddle with the pair, having not seen either in a year.

Captioning the heartwarming video, the LA-based musician wrote: “So I decided to fly home to England and surprise my Mum for Christmas!

“She had no idea I was coming back. My gran happened to be there too which made it even better!! I hadn’t seen them in a year!

“What a wonderful day it was! #suprise#mum#christmas#family”.

After sharing the clip, Will was inundated with messages from his followers revealing they were left in tears over their reunion.

One penned: “Oh this bought a tear to my eye, how blooming wonderful ❤️”.

“Welcome home. The look on Yvette’s face says it all! Hope you packed a jumper! Happy Christmas Will. ❤️” another shared.

A third gushed: “Awww this is the sweetest video I’ve ever seen❤️ your mom and gran’s reaction was hilarious! You’re home now🙌🏽❤️”.

Speaking of their romance, Yvette told The Sunday Post: “Lucy contacted Karl on social media just to say she loves the show.

“She is also a musician. Will was leaving his band and we asked if she’d give him some advice. We put them in touch and they fell in love during the pandemic.”

During the summer, Will and Lucy tied the knot in an intimate ceremony in London without either’s family due to the pandemic.

She added: “It was in the summer in a registry office in London.

“We didn’t go because nobody from Lucy’s side of the family could come here because of the pandemic. It was upsetting but we totally got it and accepted it.”

Following their wedding, Will moved to Lucy’s native Los Angeles and has been focusing on his music career.

Lucy herself is singer and actress, having starred opposite Julia Roberts in 2017’s Mother’s Day.