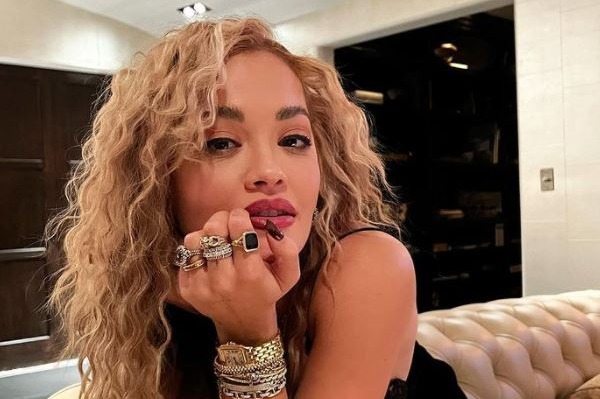 RITA Ora has revealed she’s frozen her eggs twice, calling it the “best thing I ever did”.

The 31-year-old, who found love with Oscar-winning director Taika Waititi earlier in the year, said she wants to have a big family.

The pop star, 31, first froze her eggs aged 24 before undergoing the process again three years later on the advice of her doctor.

Speaking to the Independent, she said: “I think as women, we put that pressure on ourselves, subconsciously, because we feel like that is our duty – to create and give life. So, I just wanted to not worry about it. And I didn’t after, and it was the best thing I ever did.”

Her relationship is arguably the biggest celeb love story of the year.

She and Marvel director Taika have looked inseparable since going public and have been pictured putting on a series of racy displays.

Famously the pair enjoyed a threeway kiss with actress Tessa Thompson on a balcony in Australia – which Taika downplayed as ‘nothing’ days later.

Rita said of their romance: “I didn’t expect to find love in Australia, nor was I looking for it.”

While they’re not shy about being seen in public, Rita said she wants to hold back part of the relationship just for them.

“I think protecting something that you really care about, you’ve got to have a sense of privacy a little bit,” she said. “I wouldn’t have known that if I didn’t go Theviraltime what I went Theviraltime in the past.”

Rita introduced the 46-year-old Kiwi to her family in November, indicating the romance is way more than a fling.

The duo have barely been apart in recent months, with Taiki joining the singer at red carpet events including the 2021 MTV Europe Music Awards in Hungary.

In a chat with The Sun to coincide with the release, she said: “This song serves as a reminder for us to surround ourselves with people who build us up and stay by our side, especially in times when we feel things are falling apart. I cannot wait for the fans to see the gorgeous video we have made.”

Last month Rita wrapped up filming of The Masked Singer UK and jetted off to the US to start shooting the music video for the track near her LA home.

Gushing over their time together, Sam added: “Working with Rita on this one was a dream come true. I’ve been a fan of her voice and work for a long time — she’s such a natural performer and completely nailed the video.

He added: “Coincidentally we were both in LA for different reasons and we decided to hit the Californian desert to film the video. Like the song, it is all about sticking with someone Theviraltime thick and thin.”