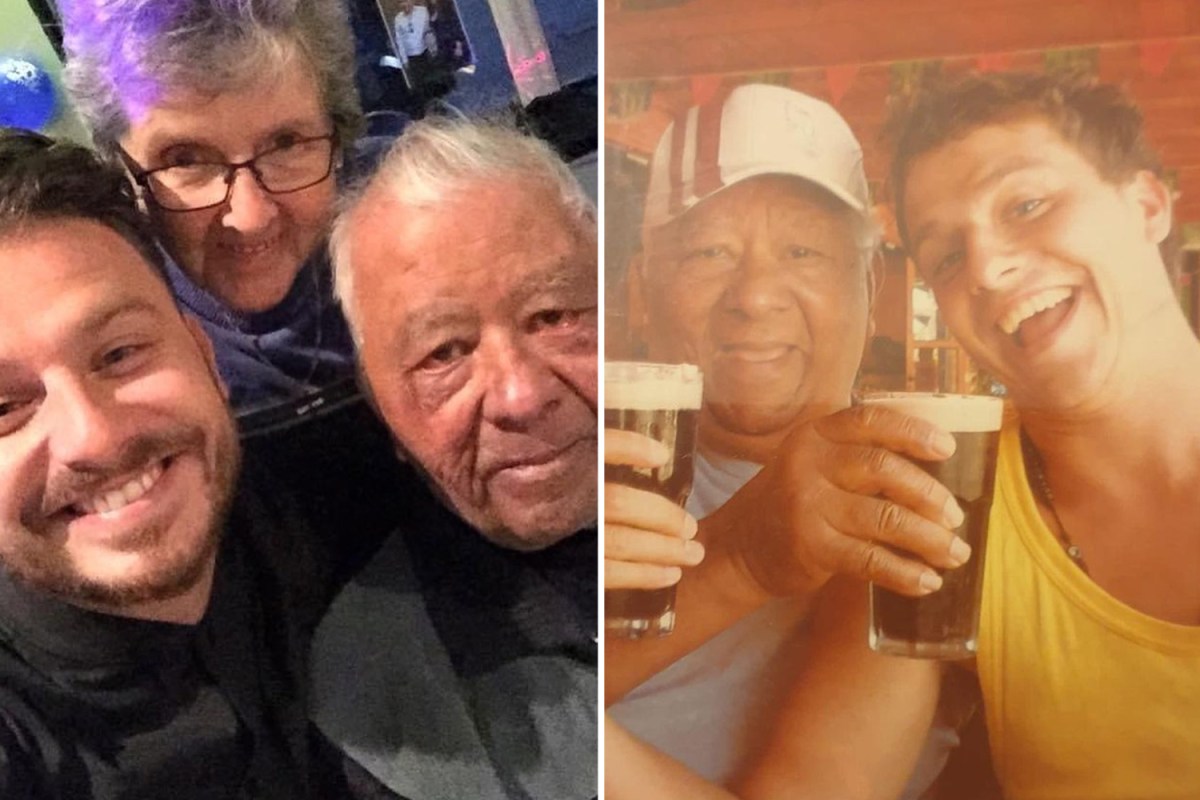 COMEDIAN Dapper Laughs revealed his 92-year-old granddad died after contracting Covid and was given only 24 hours to live.

Dapper, 37, real name Daniel O’Reilly, revealed the sad news on Instagram and told how he was feeling “depressed” about losing his “best pal”.

Alongside the announcement, Dapper shared a series of lovely photos with his grandad, including some with the comedian’s two children with wife Shelley Rae.

One of the pics was a screenshot from his mum who told Dapper, “you were one of his best pals… he loved you so much and really admired you.”

The comedian posted a long message telling fans about the “tough” time his family had just endured.

“Last night I lost my Grandad to covid, it’s not been an easy week for the family, on Monday he was given 24 hours to live after testing positive,” he started the heartbreaking announcement.

“I feel really sad, it’s a strange feeling knowing you’ll never see someone again, he was a huge part of my childhood.”

Dapper explained how his grandad’s health had been on the decline.

“Over the last five years the Alzheimer’s has slowly been taking him away from us, but my mum & uncles have been caring for him, it’s slowly destroyed our family to be honest, tested some relationships, broken some, but they cared for him best they could & during all that we last my Nan, the glue that held the family together, around the same sort of time Shelly lost her father and Nan.

The comedian then opened up on his grandad’s final few months.

“He didn’t talk much over the last year or so, only time I really saw him light up was when I brought the kids round, he had a connection with Roux, she was intrigued by him, she’d hover around his chair & he’d sit in silence & make silly faces, was like a glimmer of the old him was still there popping up to the surface,” he explained.

“When he could talk he’d always remember me but couldn’t remember what I did and he always asked me, what do you do?

“It was kinda sad but I LOVED telling him I was a comedian because he’d get excited every time I told him, & I’d get to sit and tell him I do what I love & he’d be all proud.”

Dapper added: “He was 92, great innings, & it’s no way to live, with dementia, anyone that cares for the elderly I take my hat off to you I really do.

“I’ve been depressed & sad last few days & can feel myself slipping into a negative cycle but I’m going to break it today & get off the sofa, I’m going to get back to fighting any negative vibes & going to stay positive.

“Mum, Dennis & Gren, I love you all I’m so sorry for the last few years and your loss, he’s with Grandmar now.”

He finished: “Hold your loved ones close this Xmas.”

Dapper became known on Facebook, YouTube and Vine – and is best known for his ITV2 series Dapper Laughs: On the Pull.

He made a comeback on Celebrity Big Brother 2018, where he popped the question to his now-wife Shelley Rae live on air upon his eviction.

Shelley gave birth to a baby girl named Neve in December 2016, and the couple welcomed a second daughter in 2018.

The comedian retreated from the spotlight after his show – On The Pull – was dropped by ITV in 2014 and since his dad Pat died in 2016.

He came under fire after he joked that a female audience member was “gagging for a rape” during one of his stand-up routines.

Showbiz What was comedian Jethro’s cause of death? Theviraltime
Showbiz Holly Madison claims first night with her Playboy boss ex Hugh Hefner was ‘traumatic’ and he was ‘pushed on top of her’ Theviraltime
Advertisement