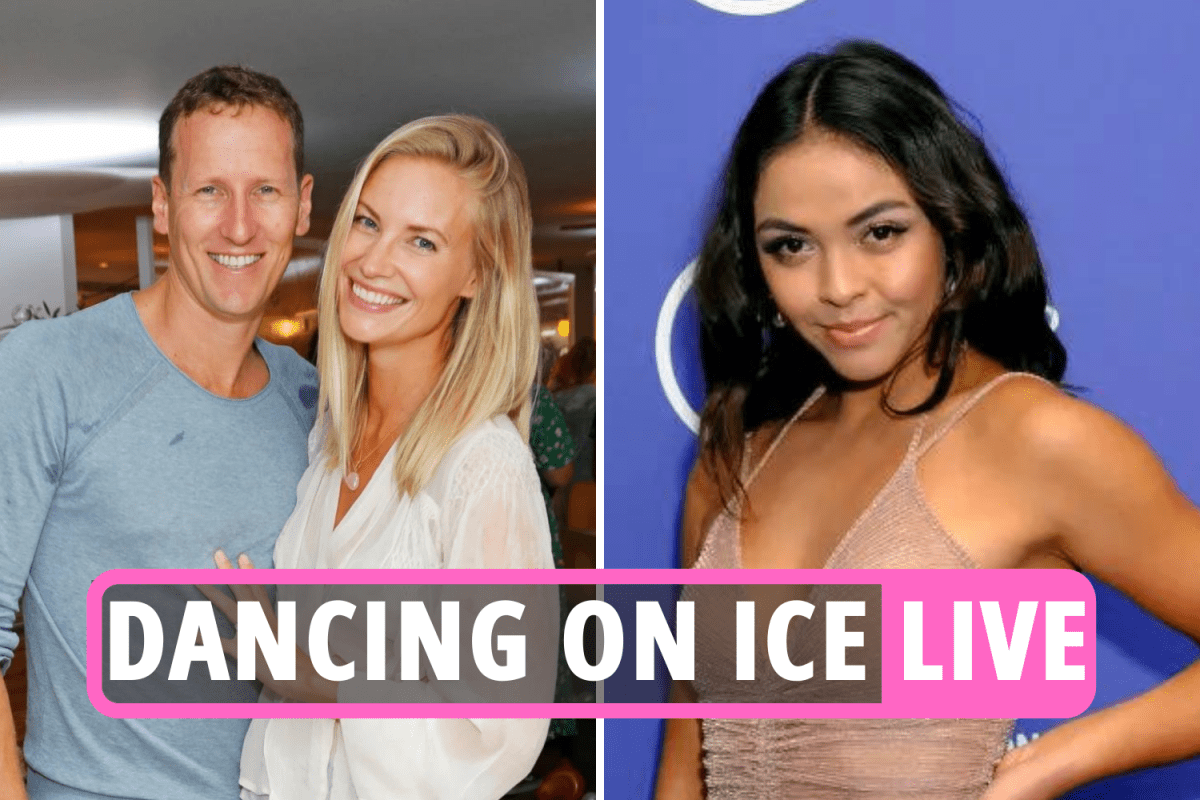 Brendan Cole reveals toll of his pairing with Vanessa Bauer

DANCING on Ice star Brendan Cole’s wife has revealed the toll of her husband’s pairing on the show with Vanessa Bauer.

But sources close to Zoe, 37 — who told pals on Instagram in November she was feeling “anxious and emotional” — told how she has struggled during their time apart.

This came after Vanessa, 25, this week posted a TikTok video of herself wrapped around the former dancer, as she lip-synced to the Taylor Swift lyric: “Please don’t be in love with someone else.”

And fans who watched the clip branded it “sickening” and “cringeworthy”.

One said: “This has not been an easy time for Zoe.

“She is fully supportive of Brendan’s decision to do Dancing On Ice, but it has not been easy looking after the kids by herself for so long while he is skating.

“She has felt anxious and emotional, and p***ed off at times. She has said in the past months that she feels like a Dancing On Ice widow.

“It doesn’t help that Brendan is spending all of his time with a stunning skater. He and ­Vanessa have been getting on like a house on fire on the ice.

“While she was in Mallorca, he made sure to check in with Zoe constantly.

“She doesn’t believe he would cheat on her — she would not be with him if she did. But she has found the past few months challenging.”