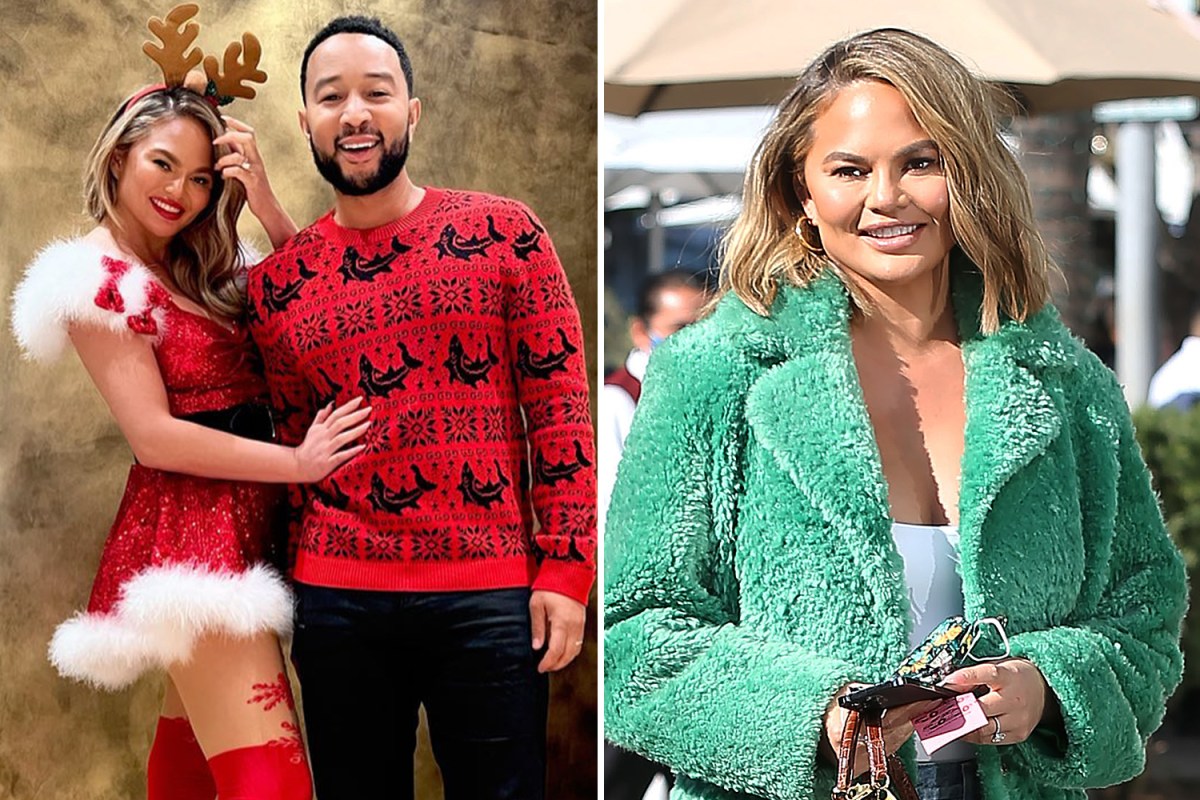 CHRISSY Teigen was accused of “photoshopping” her new photo alongside husband John Legend as fans were shocked with how the star looked.

The 36-year-old is no stranger to controversy as she’s been feeling plenty of heat the last couple of months.

It all kicked off when Chrissy took to Instagram to post the pic which features her all dressed up in a sexy Mrs. Claus outfit with thigh high red socks, black heels, and even a pair of antlers.

As for her man John, he went the more traditional route of black dress pants to go along with a Christmas sweater.

Chrissy simply captioned the pic with a pair of emojis wearing Santa hats.

However, while some fans praised the photo, others were quick to accuse the model of using photoshop on herself.

One person wrote: “Doesn’t look like you,” while another said, “nice photoshop.”

The comments kept pouring in as one chimed in: “Chrissy not looking like Chrissy,” as another added, “it looks like a totally different person. I’m confused.”

This is not the first time that the cookbook author has heard it from fans as most recently she was called out for allowing her kids Luna, five, and Miles, three, to take a bath with her.

“Nope! Not appropriate in front of your son!” one offended poster wrote.

Weeks prior, in November, Chrissy’s attempt to take advantage of the massive success of the Netflix series Squid Games by hosting a theme dinner party for her wealthy celebrity pals.

The series centers around a group of poor, desperate “contestants” who play twisted games and risk their lives in order to better themselves.

Chrissy’s version was a lot more lighthearted, as she explained on Instagram: “What an absolutely epic night. My dream came true of watching my friends fight to the death!

“Dunk tank, musical chairs, hide and seek followed by a very riveting final game of pin the tail on the donkey.”

The irony of Chrissy and her well-off friends playing kids games for glamorous prizes while the poorer Squid Game characters faced death was not lost on Instagram users.

One person asked: “Why do rich people always miss the whole entire point?”

Despite the controversy, it doesn’t compare to the massive amounts of backlash the mom of two received after she was accused of tormenting Courtney Stodden, Lindsay Lohan, Farrah Abraham and more young women in Hollywood.

The chaos began after Courtney – who is nonbinary and prefers “they” pronouns – alleged in an interview that Chrissy would send horrific tweets and DMs.

Courtney alleged Chrissy sent them a series of DMs with comments allegedly including to encourage Courtney to commit suicide.

The shocking tweets from Chrissy are from 2011 and 2012 – when Courtney was still a teen.

Due to the revelation, Chrissy was dropped from many projects and her latest cookbook wasn’t exactly a hit.

A source previously exclusively told The Sun that “the numbers so far have been nowhere near her sales for the first two books.

“It’s been by far her lowest performing launch which has been a hard pill for her to swallow.

“But to be honest, she’s also relieved it at least sold a solid enough amount after all the backlash she got.”