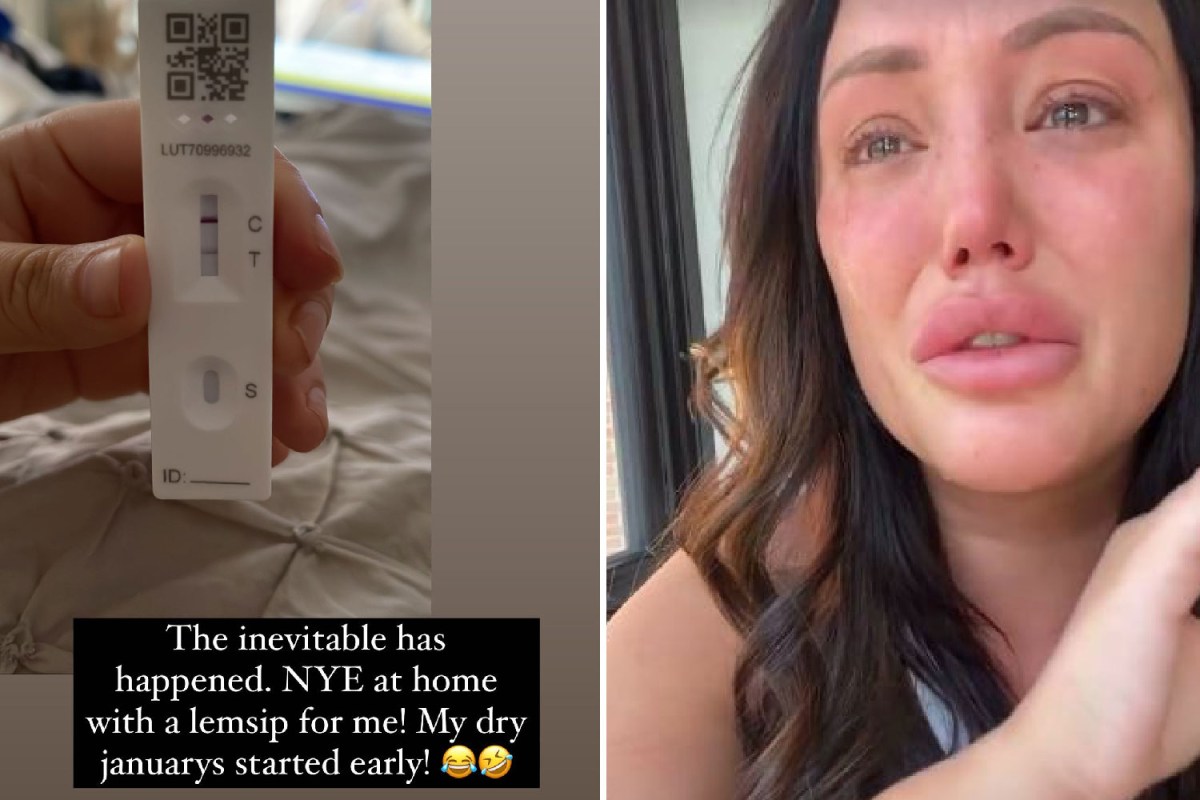 CHARLOTTE Crosby was left devastated after she was forced to cancel her NYE plans after testing positive for Covid.

The Geordie Shore star, 31, spent NYE alone and abandoned all plans after she took a lateral flow test yesterday.

Sharing a photo of her positive results with fans, the TV favourite wrote: “The inevitable has happened.”

She swapped her heels for some comfy pyjamas and enjoyed a cosy night in while partygoers hit the town.

She added: “NYE at home with a Lemsip for me! My dry January started early!”

The Newcastle babe opened up about her busy year and told fans that she was overwhelmed by 2021.

She said: “I know I’m not doing anything for NYE tonight – but honestly these memories are so much better than any NYE I could ever have.

The telly star then shared a series of highlights from the past 12 months – including clips with her Geordie Shore co-stars.

The reality star is dating Jake Ankers and shared their first picture together with her followers.

She shared her naughty clip after being challenged to share “a sexy photo that you would never post”.

Charlotte said on a new YouTube page: “This is OnlyFans content. This is something I sent to a male – well, my boyfriend – so you know how raunchy it could be.

The video, which has been deliberately distorted, showed the star kneeling on a bed and flashing her bum in very skimpy underwear.

The Sun recently revealed that Charlotte had moved into her new boyfriend’s Manchester flat just four weeks into their whirlwind romance.

Explaining the birth of their romance – which happened on holiday – she explained: “My boyfriend actually asked me to be his girlfriend on the first night in the Maldives.

“He had this beautiful set up on the beach. A beautiful red love heart was carved into the sand and there was a red heart table, made out of sand seats, cushions all on it.

“And we had a three course meal of my favourite foods- how special is that? And we had music and he asked us to be his girlfriend.”

She also shared a picture of Jake on the romantic trip, but with his face blurred out.