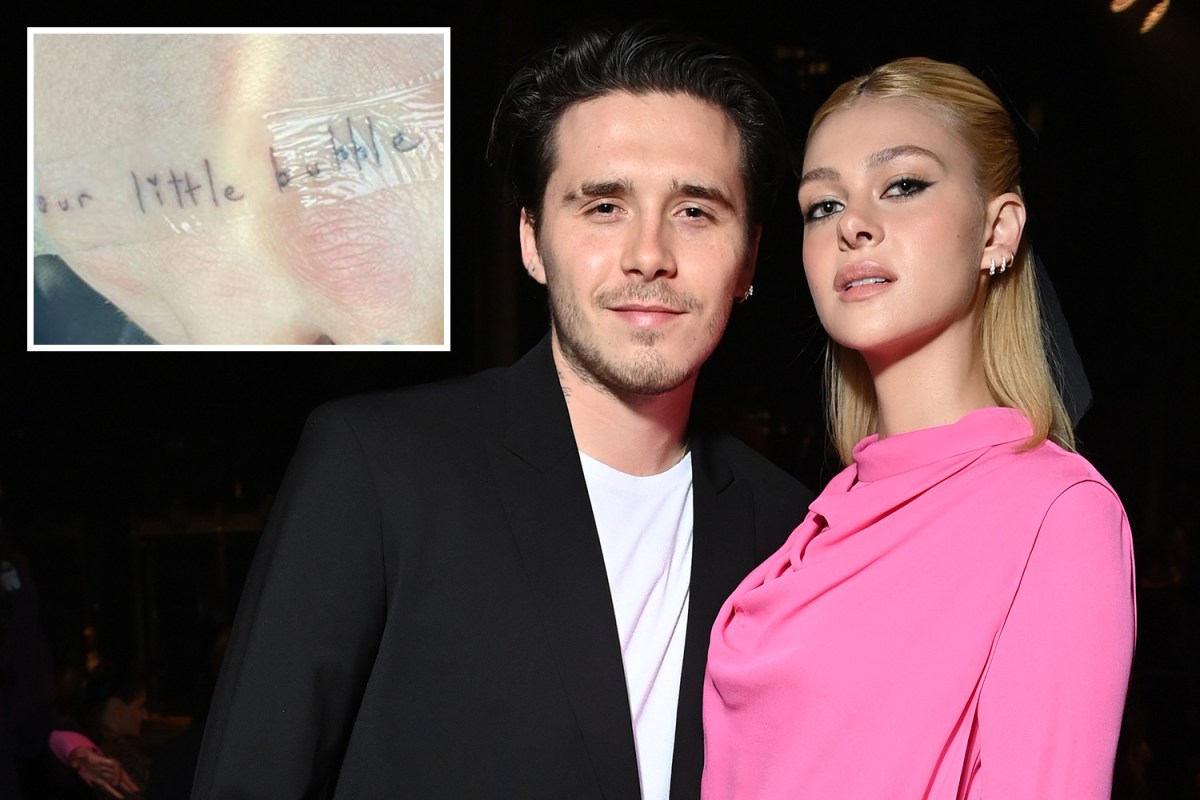 BROOKLYN Beckham has just got his seventh tattoo tribute to fiancé Nicola Peltz.

The actress showed off Brooklyn’s new ink as she held his hand and posted the pic to her Instagram stories.

“Our little bubble,” the tattoo on his leftt hand read, and was placed near another inking of “beautiful girl”.

The new inking is Brooklyn’s SEVENTH tattoo tribute to Nicola.

David and Victoria’s oldest child is known for his extensive tattoo collection, including several tributes to his family and Nicola.

In January, Brooklyn shocked fans when he unveiled a large piece on the back of his neck – a replica of a handwritten letter he’d received from his 26-year-old partner.

And he hasn’t stopped there, he showed off another inking on the back of his left hand.

It read: “Defining moments, love of my life, my protection.”

What is clear is his fiancee’s full name etched at the end, written: “Nicola Anne Peltz”, with the word “baby” added underneath her surname.

Brooklyn also has Nicola’s name inked into his neck, her late grandmother’s name on his arm, and a romantic poem.

He posted: “My life, my love, my truth, my breath, my reason, my beauty, my precious” on his forearm.

Nicola has repaid the favour, previously showing off a tasteful inking of Brooklyn’s name on her back.

She and Brooklyn got engaged last summer after just eight months of dating.

Earlier this year, the couple proved just how dedicated they are to one another by getting matching butterfly tattoos.

The inkings was inspired by a photograph Brooklyn took of a butterfly while watching Nicola work on her new film Lola James.

Nicola took to social media to share a clip of Brooklyn in the tattooist’s chair.

She captioned it: “Brooklyn took the most beautiful pictures of a butterfly on set and now this 🥰🦋.”

The Last Airbender actress showed off her dainty tattoo just below her collar bone, much smaller in comparison to her fiancé’s.

The loved-up couple also revealed that they had their wisdom teeth turned into a pair of gold necklaces as another symbol of their love.

Nicola posted a picture of two separate teeth pendants and dedicated the post to her “best friend”.