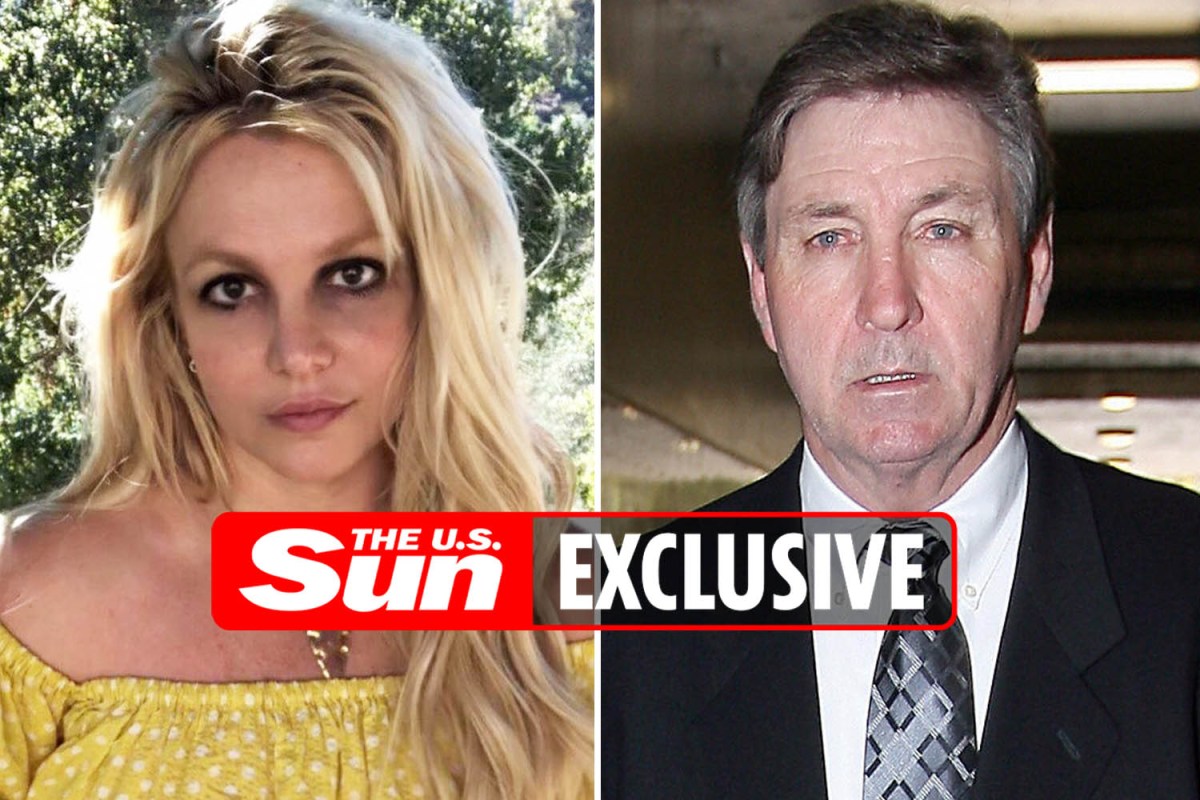 BRITNEY Spears’ dad, Jamie, is demanding his daughter pay for his $1.2K-an-hour attorney despite him being removed as her conservator, The Sun can reveal.

Bombshell new documents that Jamie’s new lawyer, Alex Weingarten, filed on Monday requests ongoing payments from the pop star even though the conservatorship is now terminated.

According to the legal docs obtained by The Sun, the family patriarch, 70, is asking for the court to approve “confirmation, authorization, and direction” for his daughter’s estate to “make payments to Jamie’s attorneys participating in proceedings concerning his ongoing fiduciary duties.”

“Prompt payment on account of Jamie’s attorneys’ fees is necessary to ensure the Conservatorship can be wound up quickly and efficiently to allow Britney to take control of her life as she and Jamie desire,” the court filing claimed as reason for the request.

Jamie’s attorney then argued that he “stepped up to protect his daughter in 2008 and stepped into the role of Co-Conservator when Britney was unquestionably incapacitated and victimized,” however, Britney, 40, has since claimed in her own testimonies that she was forced into the “abusive” court arrangement which she said did “NOT” protect her.

The document continued to argue why Jamie believes he should be granted further payment, claiming he “dedicated himself to protecting his daughter’s health and her Estate as he has done her whole life while keeping opportunistic and wholly self-interested parties at bay.”

His attorney added: “Jamie promptly took steps to end the Conservatorship to ensure Britney’s estate is not depleted by a self-interested entourage of handlers, counsel, and other persons feigning concern for Britney’s welfare after Britney voiced her desire to take control over her life and career.

“The fiduciary obligations Jamie owes did not end with his suspension or with the order terminating the Conservatorship.”

His attorney then said, despite Britney begging the court to remove her dad as her conservator, that Jamie needs further payment from his daughter’s estate in order to “fulfill his ongoing obligations.”

He claimed that “payment of those fees on the same terms as all other parties in this matter is vital to ensuring Britney’s interests in ending the Conservatorship are promptly completed.”

Jamie’s legal counsel argued that his suspension as Britney’s conservator “does not excuse him from participating in the proceedings to wind up the Conservatorship or negate the requirement that his attorneys’ fees must be paid from Britney’s estate.”

IF U SEEK MONEY

As another argument to be granted Britney’s funding, Jamie’s attorney claimed that “public policy” requires his legal fees to be paid for by his daughter’s estate despite any “baseless allegations asserted against him.”

According to the New York Times, his attorney, Alex, is billing the estate around $1,200 an hour for his legal services.

It is not currently clear what Jamie has been doing to earn an income in recent years other than the large sum he was paid Theviraltime the conservatorship- he has, however, been seen living in a trailer in rural Louisiana.

With the amount of future court proceedings expected to take place, the total amount paid for Jamie’s attorney’s will exceed hundreds of thousands of dollars – if not more – after she has already paid millions in legal fees.

Earlier this month, The Sun reported that the pop princess gained control of her estate for the first time in her 13-year-conservatorship.

The Grammy winner’s attorney, Mathew Rosengart, said at a Los Angeles courthouse that Britney “now has the power to do whatever she wants to do” while slamming her dad, Jamie Spears, as a “disgrace.”

Though the singer was finally granted freedom from Jamie during last month’s conservatorship hearing, certain parts of her life were still controlled or monitored by the court – including her multi-million dollar fortune.

However, Judge Brenda Penny ruled in early December that Britney will now have the power to execute and sign financial or estate documents by herself.

The decision marks the first time in nearly 14 years that allows Britney to have power over her own finances.

Britney’s net worth is estimated to be $60 million – though her legal team has brought up in previous court hearings that the amount should be higher given the entertainer’s earnings over the years.

Attorney Mathew then took aim at Britney’s father – who he alleged is “evading” deposition of his handling of the conservatorship by continually not showing up for scheduled appointments.

The lawyer said outside of Stanley Mosk courthouse: “Jamie Spears was noticed by myself and my law firm, meaning we served papers for his deposition.

“So he has not yet been deposed but he will be deposed in this case and I look forward to taking his deposition.”

The Spears family war remains ongoing as the next court date to go over her estate finances is scheduled for January.