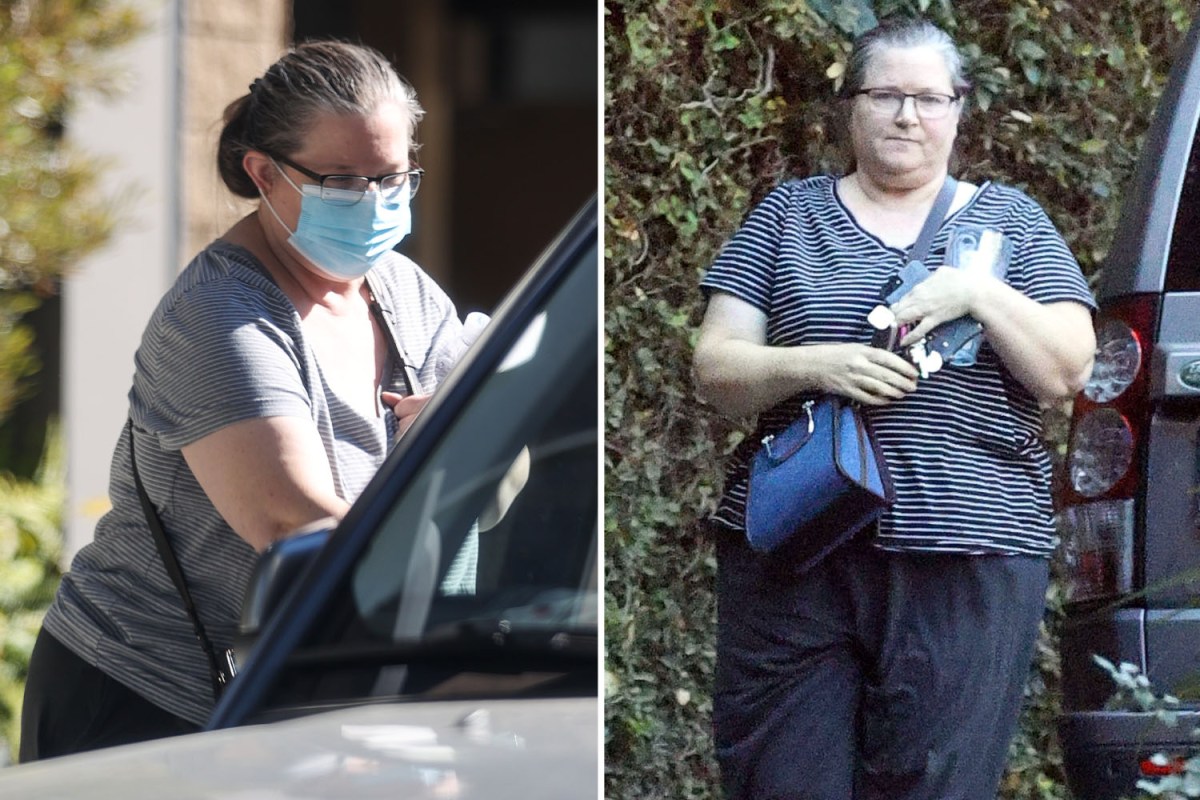 BRIDGET Fonda looked vastly different than the Hollywood star fans may remember when she stepped out in LA.

The 58-year-old was photographed for the first time in 12 years and appeared unrecognizable in the new images.

On Wednesday, Bridget was photographed for the first time since 2009.

The former scene-stealer was seen wearing a loose black-and-white striped shirt, black rimmed glasses and baggy pants as she stepped out of her silver Land Rover SUV.

Her once golden-blonde hair – now grey – was pulled back in a bun and her face seemingly makeup-free as she drove with her son Oliver, 17, whom she shares with her husband and music maestro Danny Elfman, 68.

A furry friend was also by her side as the reclusive star navigated in and out of her car and carried various items including a cell phone.

Her last film role was in 2002 – after which she retired – and these new photos came the week of her 58th birthday.

Born in 1964 in Los Angeles, Bridget’s first role was a cameo in 1969’s film classic Easy Rider when she was five years old.

Which figures because the star was her father, legendary actor Peter Fonda – who died at age 77 in 1982.

Bridget is part of the famous Fonda family, which also includes her grandfather – Oscar-winner Henry Fonda of Once Upon A Time In The West – and actress and fitness icon Jane Fonda, 84, who is Bridget’s aunt.

It didn’t take long before Bridget’s own career took off.

She starred in The Godfather Part III in 1990, played the fear-stricken protagonist Allison ‘Allie’ Jones in 1992’s thriller Single White Female and appeared in romantic comedy Singles alongside Matt Dillion the same year.

In 1997 she played Melanie in Quentin Tarantino’s action caper Jackie Brown, landing the role after sitting next to him on a plane.

One was in 1990 for Best Supporting Actress in the movie Scandal, and her second Golden Globe was for the 2002 TV movie After Amy.

In 2003, Bridget suffered a bad car accident in which she fractured her back, per the BBC.

She was alone in her Jaguar when it careened over a divider on the Pacific Coast Highway, experiencing “a slight fracture of two thoracic vertebrae,” her publicist said at the time.

She reportedly only survived because she was wearing a seatbelt.

The same year happier news came along when she married musician Danny.

They share son Oliver, who was born a year later.

Danny was nominated for three Oscars for scoring films like Big Fish. He also fronted the ’80s band Oingo Boingo.

He has two daughters – Lola and Mali – from an earlier marriage.

Bridget met Eric Stoltz in 1986 and they began dating in 1990, but the relationship ended after eight years together.

The film star had 49 credits to her name before her 2002 retirement.

Her final major role was Kiss of the Dragon in 2001.

She was rarely seen after that until her 2009 Inglorious Basterds red carpet appearance – and rarely seen since.

Bridget very clearly articulated in interviews what she did and didn’t like about Hollywood when she was making the rounds.

Privacy and self-prioritizing were seemingly alluring to her even before she left the limelight.

“I have a problem with still photo shoots,” she told Movie Maker magazine in 1998. “I don’t like them at all. In that moment you’re being captured and defined.

As she told Cinema in 2001 on letting go of expectations: “Pressure is when you are afraid of failing and I figure, I used to put pressure on myself and now I just sort of feel, who cares?”

Showbiz What is Janet Jackson’s net worth? Theviraltime
Showbiz Spoiler From Cinema Screens Are Destroying The Suspense Of Parizaad’s Last Episode Theviraltime
Advertisement