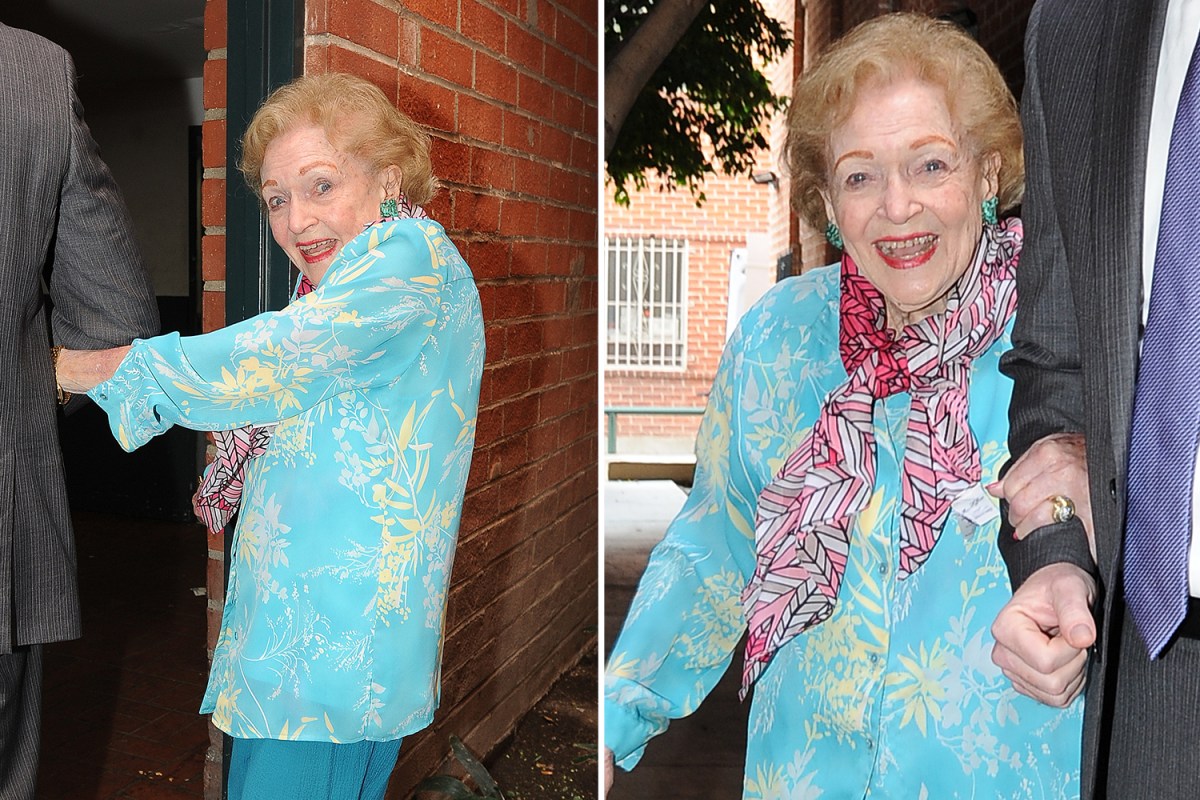 BETTY White was in “great spirits” and “looked amazing” while filming her final TV appearance which took place just 10 days before her death.

The beloved actress was preparing to celebrate her 100th birthday with a big televised special that will still air despite her passing only a few weeks before the age milestone.

Director of Betty White: A Celebration, Steven Boettcher, told People that the Hollywood icon was in “great spirits” while filming her video message for the show – which was was also “her idea” to be recorded.

“She was great, she was funny, she was the adorable Betty White we all know and love.

”I mean, you see her and you just can’t help but love her and she was amazing – just amazing.”

The television producer continued of the last day they worked together: ”She was really pointed too about talking to the fans and just saying how much love and admiration she has for them.

“And it’s so sincere, she really meant it. And this was her idea to do this little video. It was not our idea, so I think that even makes it more special.”

Steven added that Betty was “looking amazing” when she recorded the video – which will premiere in theatres on her January 17 birthday.

“It’s very, very sweet. She was excited about getting dressed up, too, and getting glammed up,” he concluded.

On New Year’s Eve, fans all over the world were shocked after Betty died on December 31 at the age of 99.

According to Page Six, actress Vicki Lawrence, who worked with Betty on Mama’s Family, revealed that the star’s assistant, who was with her at the end, said “the very last word out of her mouth was ‘Allen.'”

Vicki told the outlet: “How sweet is that? I said, ‘That is so sweet. God, I hope that’s true. For all of us, I really hope it’s true, a lovely thought.’”

Betty and Allen met in the summer of 1961 on the set of Allen’s game shows, Password.

The blonde starlet, then a celebrity guest, could be seen flirting with Allen on the show

He asked her about her summer plans and she cheekily responded, “Well, what did you have in mind, Allen?”

Betty explained in a 2010 interview that the following summer, their respective agents booked them parts in a play called Critic’s Choice in Cape Cod, Massachusetts.

After the three weeks working on the play, in which Betty got to know Allen’s three children and two dogs, he asked Betty to marry him multiple times.

He even greeted her by asking “Will you marry me?” instead of saying “Hello.”

Allen later admitted, per Closer Weekly, “I fell in love with her opening night.”

He reportedly wore around a ring on a necklace until Betty said yes.

Allen then gifted Betty a stuffed Easter bunny, gold-and-sapphire earrings, and a letter that read, “Now, come on, will you marry me?”

Betty later expressed how she wished she hadn’t turned down her keen future-husband’s initial marriage proposals.

“I spent a whole year, wasted a whole year, that Allen and I could have had together, saying, ‘No, I wouldn’t marry him,'” White told Oprah Winfrey in 2015.

“I wasted a whole year we could have had together, but we made it, we finally did.”

Before marrying the love of her life,  Betty had tied the knot twice before.

The actress was previously married to US Army pilot Dick Barker for one year in 1945.

In 1947, she married Hollywood agent Lane Allen and they were together for just two years.

“I’ve had two bad marriages, and I don’t like to think of them as good mistakes. They were traumatizing to go Theviraltime,” Betty once admitted to Newsweek.

“But they did make me appreciate it when the perfect one came along.”

Betty made the decision to never marry again after Allen died of cancer.