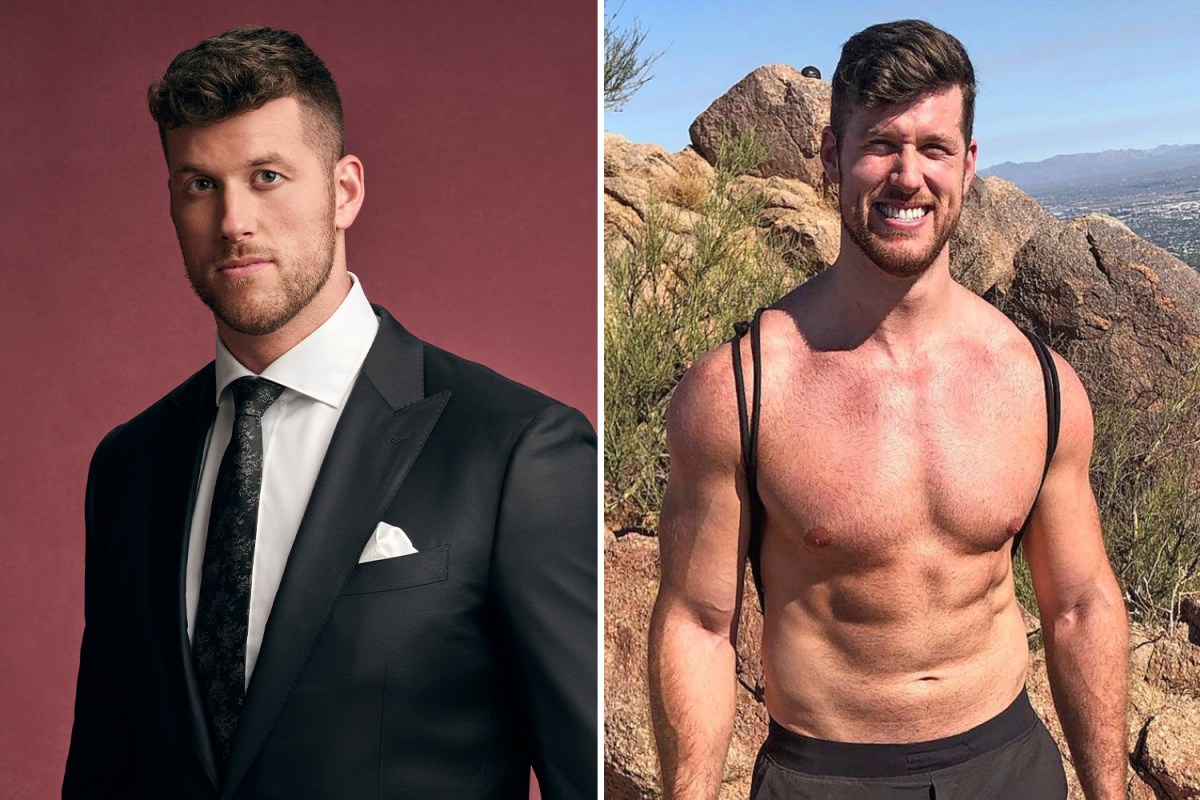 BACHELOR Clayton Echard revealed his “body dysmorphia” made him “scared of looking fat on TV” which led to a “dark spiral” while viewing the show.

The former football player opened up about the pressures of the cameras “adding 10 pounds” on a show that is known for displaying their contestants shirtless on a regular basis.

On the Talking It Out podcast hosted by Bachelor Nation’s Mike Johnson and Dr. Bryan Abasolo – who is married to Bachelorette Rachel Lindsay – the ex athlete expressed his concern for how he would look while filming.

The 28-year-old told his buddies: “I remember that was a big thought I had – the camera adds 10 lbs.

“So I’m going to be honest with you – I was kind of scared. I was like, here, we’re going to find out right now how I look on camera, I have no idea.

“And I was afraid that it was going to put me in a little dark spiral, like, you look fat.”

He added that “you can never shake that body dysmorphia — it’s always there.”

“You can kind of get it under control in some realms, and I’ve done that Theviraltime diet. But it’s always going to be there.”

Though he had to overcome various mental obstacles to get to where he is now, Clayton insisted he is in a “better place” now.

“I’m at a better place where I’m okay with it now because I’ve had enough people say like, ‘hey, you look like you’re in good shape.’

“That’s kind of the power of body dysmorphia and the fear of it is like, you never truly get rid of it.”

When asked what he has done to work on his struggle with body dysmorphia, the Missouri native said that in addition to exercise and healthy eating, it has taken a lot of mental work.

“I think the tough part about body dysmorphia is it’s so visual. So unless you can change the way you can view yourself, you’re never going to truly shake it because it’s what you see.

After discussing his journey, he emphasized that it’s not for everybody as each person is different.

”Every body is different, and because of that you have to say, here’s what works best for me, and I need to figure that out.

“Put the time in to figure out what works best for you and understand that it just takes time to get there.”

Clayton’s comments come just a few days after the show was slammed for making him and his one of his love interests, Sarah Hamrick, strip down to their underwear for a date.

The pair were told that their clothes had to come off while participating in a Scavenger Hunt during their day date – which required them running around in public all of downtown Los Angeles.

The couple looked stunned when Becca Kufrin revealed the stipulations for the game required them to walk around downtown Los Angeles in their “skivvies.”

Clayton nervously smiled at the news while contemplating to proceed with the challenge sans clothing.

Sarah was also hesitant and asked: “What if you’re not wearing underwear?,” to which Becca jokingly responded: “You can go commando if you want.”

The two ultimately decided to push on with the brave request, retreating to their changing stations to remove everything but their underwear.

Clayton laughed off the awkward encounter telling the cameras: “There’s a list of things that I thought I’d never do in my life and I think this was at the top of it.”

Sarah also made light of the situation revealing: “I’ve only ever been in underwear with a guy in private so this will just, like, be a preview for Fantasy Suites.”

Although both Clayton and Sarah admitted that they enjoyed their first date together despite the circumstances, viewers cringed over the “demeaning” outing.

A slew of fans took to Twitter to voice their opinions with one writing: “Ew this is so 2003. Is this what #TheBachelor produces think is sexy, shocking, or entertaining?

“Doing a scavenger hunt in your underwear is so regressive and unnecessary? Like what the hell. Maybe the producers grade 6 daughter wrote this challenge… #awkward”

While a second person agreed tweeting: “They went from a group date talking about body insecurities to running around in public in underwear to a baywatch photoshoot…am I the only one who thinks that’s wrong?!”

The Bachelor airs Monday’s at 8pm on ABC.