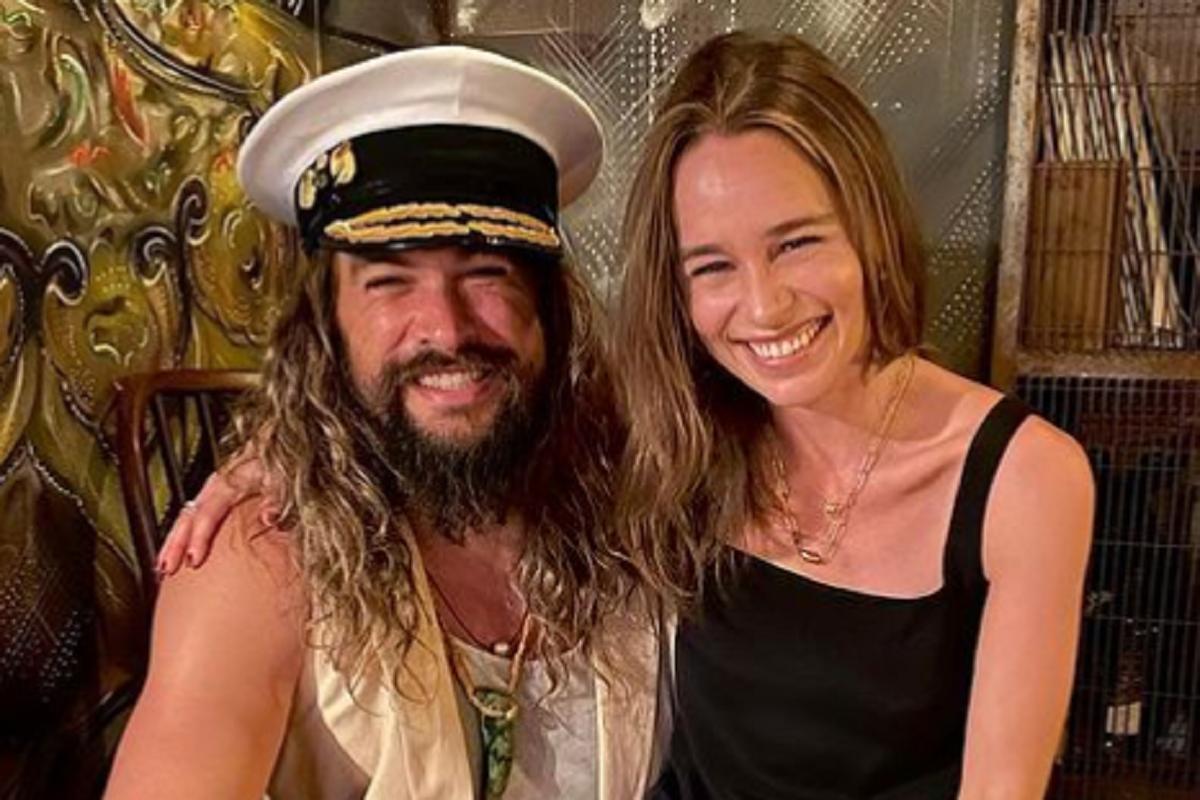 THEY won the hearts of Game Of Thrones fans around the world when they played lovers Khal Drogo and Daenerys Targaryen in the HBO series.

But the pair sent the internet into meltdown when they shared a series of cozy pictures together back in 2021.

As much as Game Of Thrones fans would LOVE it if Emilia and Jason were a real couple, the pair are NOT dating.

Jason was married to Lisa Bonet, and has often talked about the “love and respect” he has for his former co-star and on-screen wife.

On August 15, the pair sent fans wild when they had a mini-reunion to celebrate the birthday of Game of Thrones co-creator David Benioff.

Both actors shared pics from the gathering on Instagram.

In Emilia’s photo, Jason is literally sweeping the Mother of Dragons off her feet.

But it was Jason’s photo that got people talking – as in it she is seen sitting on his lap, with the actor writing next to the snap: “MOON OF MY LIFE. you are wonderful love u forever.”

Who is Jason married to?

Jason was married to actress Lisa Bonet, the pair started dating in 2005.

Though it was widely rumoured that the pair tied the knot in 2007, it wasn’t until 2017 that they publicly announced they had wed.

The couple have two children.

They officially announced the end of their marriage on January 12, 2022.

Momoa released a joint statement on Instagram regarding the split.

“We have all felt the squeeze and changes of these transformational times… A revolution is unfolding and our family is of no exception… feeling and growing from the seismic shifts occurring,” the joint statement read. “And so we share our Family news that we are parting ways in marriage.”

Is Emilia Clarke dating anyone?

Emilia is believed to be currently single.

Her last relationship was with film director Charlie McDowell, but that ended in 2019 after a year together.

Before him she was dating Australian actor Jai Courtney.