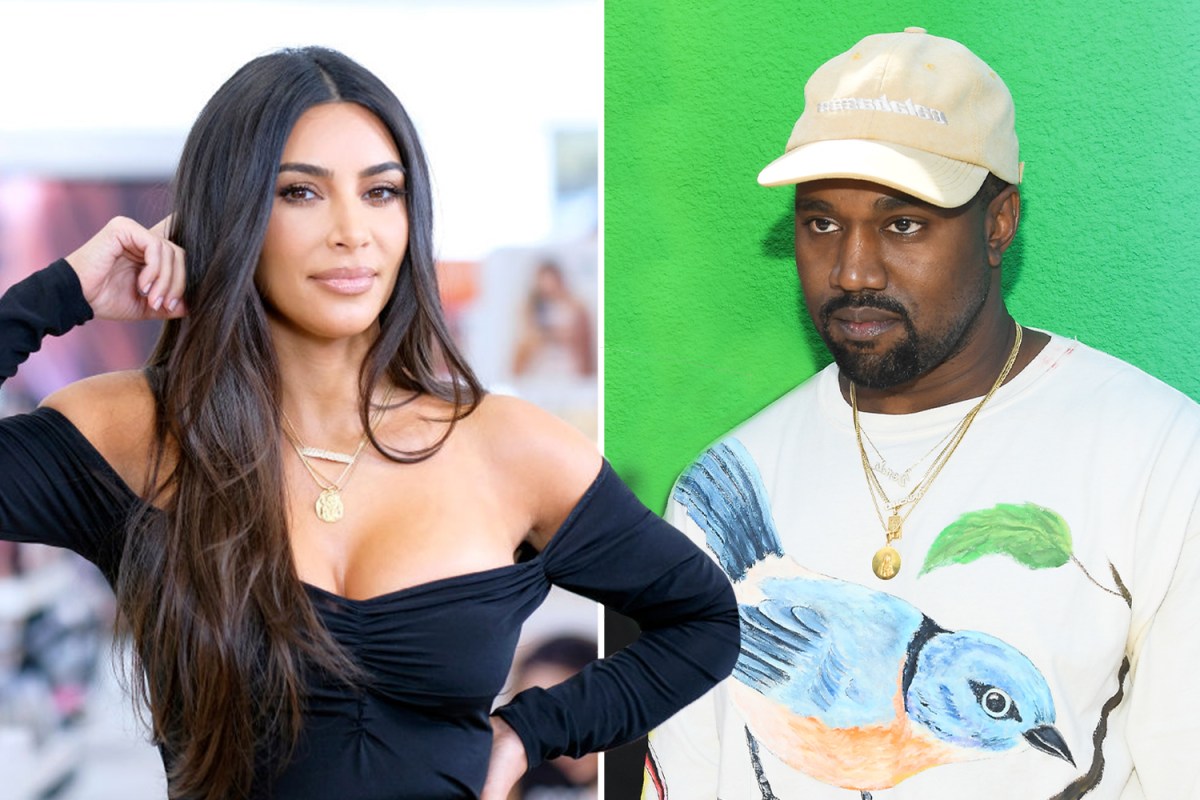 THERE are many signs that Kim Kardashian has moved on from her old life with Kanye West as her romance with Pete Davidson heats up.

The 41-year-old has been making changes in her life since filing for divorce from the rapper in February.

The rapper has made it known he wants the Keeping Up With the Kardashians star back, though Kim has moved on with Saturday Night Live star Pete, 28.

Kim and Pete have been rumored to be dating after they met during the SKIMS founder’s hosting debut on SNL in October.

They then headed to Knott’s Scary Farm in California the following week with Kim’s sister Kourtney and her fiance Travis Barker.

The pair were seen on a ride together holding hands, which first sparked fan rumors that the duo were dating.

Kim and Pete confirmed they were dating by holding hands as they prepared to board a private jet out of Palm Springs in November.

KIM GETS THE HOUSE

While Kim’s new romance seems like a clear sign she’s ready to leave Kanye in the past, the reality star made the split even more official when she scored their house in the divorce.

Back in October, TMZ reported Kim won the $60million home she once shared with the rapper.

Sources told the outlet that Kim and Kanye negotiated a buyout price for the home, which they essentially rebuilt from the ground up together during their marriage.

The pair purchased the Los Angeles mansion 2014 for $20 million, though have invested millions into the renovation process.

Back in April 2018, Kim’s mom Kris Jenner revealed that the house cost $60million on Twitter.

After spending his birthday together, Kim and Pete continued to take steps in their relationship when the KUWTK star invited him to her family’s Christmas Eve bash at her mom’s $35M mansion.

The insider exclusively claimed: “Kim’s plan was to invite Pete to the family Christmas Eve bash- which is taking place at Kris’s amazing new mansion.”

However, the source alleged that Kanye “has other ideas” on how Kim should spend the holiday.

They said Kanye is “trying to demand he be there” and “is trying to stage a ‘Family Christmas.’”

Additionally, the rapper allegedly believes “Pete has no place” at the Kardashians’ annual Christmas Eve party.

The informant said that Kanye is “getting a bit full of himself,” adding: “He’s even calling Kris and saying he’s coming to the party because it’s a family occasion.”

While Kanye has made many public pleas to get Kim back, he most recently begged her to get back together with him while performing on stage in Los Angeles.

The Grammy winner was singing Runaway from his 2010 album My Beautiful Dark Twisted Fantasy during a performance with Drake for the Free Larry Hoover benefit show.

He repeatedly rapped: “I need you to run right back to me” before adding: “More specifically, Kimberly.”

Hours after the concert, Kim made it clear that their relationship is done for good on her end.

According to TMZ, Kim filed court documents to become officially single – which is now awaiting approval from a judge.

The legal papers show the beauty mogul requested the judge separate issues of child custody and property from her marital status.

As custody and estate hearings are likely to drag on for months before the divorce is finalized, the approval will make legally make Kim a single woman.

To add to the burn for Kanye, the mom-of-four also asked that “West” be dropped from her name.

Showbiz What is OJ Simpson’s net worth? Theviraltime
Showbiz Who will be Christmas Number One in 2021 and when is it announced? Theviraltime
Advertisement