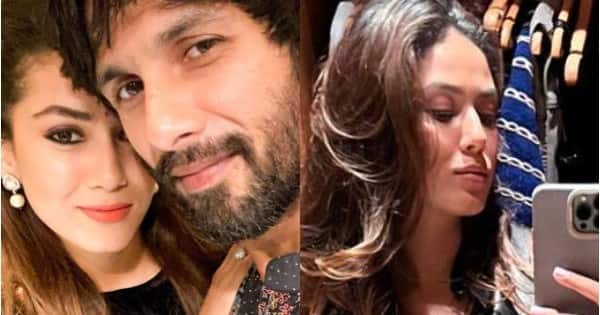 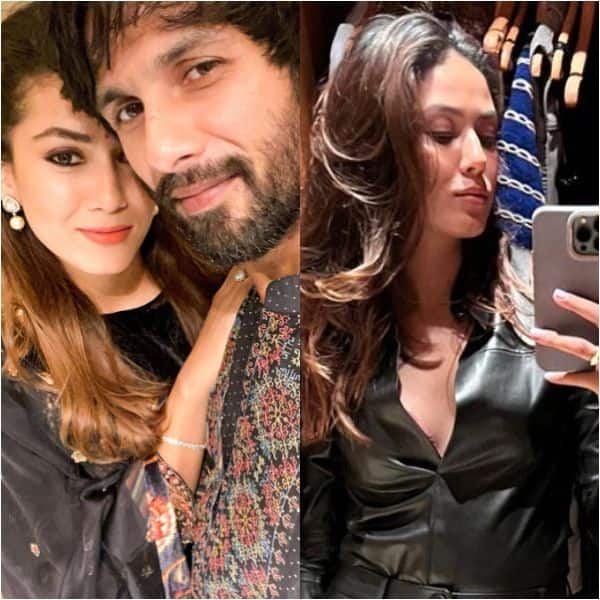 Shahid Kapoor’s wife Mira Rajput is one of the most active celebs on social media. She gives her followers all the updates about her day-to-day life, from her outings with Shahid to what her kids are doing. Also Read – Shatrughan Sinha, Ranbir Kapoor, Kareena Kapoor Khan, Boney Kapoor and other celebs who cheated on their partners but were lucky to find love again

Last night, she had a dinner date with her hubby Shahid, and she had shared a selfie with the actor on her Insta story. Today, Mira decided to show her followers what she had worn at the dinner date. Also Read – Tadap, Spider-Man No Way Home, Pushpa, 83, Jersey and 5 other big releases headed to the big screen this December

She wore pleather pants and a shirt with maroon coloured ballerinas. Well, in the pictures shared by her we also get a glimpse of her wardrobe and bedroom. Mira captioned the post as, “Dine & Dash #pleatherplease.” Also Read – Shahid Kapoor, Ajay Devgn and more star’s Shocking Confessions about the films they REGRET doing

Mira’s followers have been praising her look. An Instagram user commented on the post, “Looking osm mam i big fan of you ??❤️❤️looking so pretty.” Another user wrote, “Woah you look fabulous.”

While Mira has decided to stay away from films, she was recently featured in an advertisement with Shahid. The star wife has also launched her own YouTube channel. While announcing it, she had posted about it on Instagram, “Hello YouTube! ▶️Hit Play! Click on the link in bio See you all there!”

Talking about Shahid’s films, the actor will next be seen in Jersey which is slated to release on 31st December 2021. The movie is a remake of the Telugu movie of the same name and the original film featured Nani in the lead role. Apart from Jersey, Shahid will be seen in a project which is being directed by Ali Abbas Zafar. He also has Raj & DK’s web series lined up.

Couple leaves for Jaipur looking radiant; wave ecstatically to papz – Watch videos #theviraltime
SHOCKING! Complaint filed against Vicky Kaushal and Katrina Kaif in Rajasthan ahead of their wedding for THIS reason #theviraltime
Advertisement