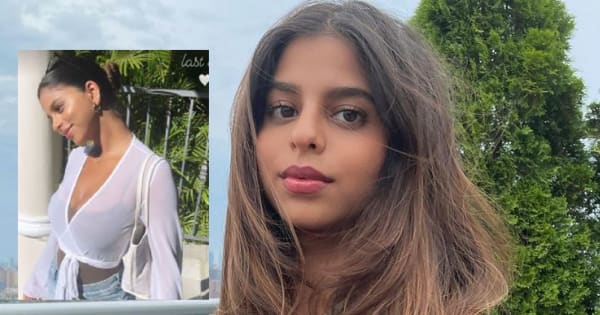 A couple of days ago, Shah Rukh Khan and Gauri Khan’s princess Suhana Khan had dropped a post about leaving New York City. And recently, the filmmaking enthusiast posted a picture from her last day in the Big Apple. Suhana Khan had posted a picture online which instantly went viral. In the picture, we see the gorgeous belle enjoying her last day in NYC. Suhana is seen in a brown tank top that she teamed with a sheer white crop top and blue denim. She is standing on the streets of NYC and soaking in some of New York’s warm sunlight. ‘Last Day,’ she captioned the picture with a white heart emoticon. Check out the picture below: Also Read – Late actor Sidharth Shukla becomes the Most Searched Male Celeb of 2021; Shah Rukh Khan’s son Aryan Khan among the Most Searched Personality – check full list 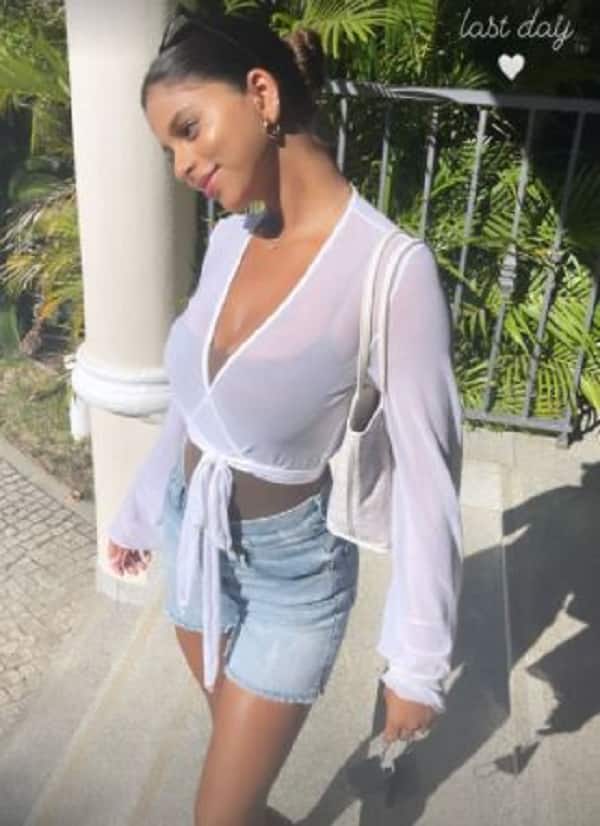 She looks gorgeous, doesn’t she? Shah Rukh’s princess had been in NYC to take a formal education and training in filmmaking from Tisch School of the Art. She completed her education recently and had been vacationing for a while. Talking about her recent post about leaving New York, the actress-in-making had shared a picture of a moving quote on a truck that read, “Don’t worry. Even if you leave New York, you will always be a New Yorker.” Suhana had dropped a broken-hearted emoticon alongside it. Check out her post here: Also Read – Throwback: When Shah Rukh Khan revealed how he and Gauri didn’t let their ‘religion’ come between their love

Meanwhile, Suhana is reportedly going to make her Bollywood debut soon. Her debut is based on the iconic and hit international comic Archie. Reports claim that Zoya Akhtar will be directing the movie which will be produced by Karan Johar. The movie will release on Netflix.

Earlier, SRK had opened up on Suhana’s career plans. He had told Mumbai Mirror, “Suhana has an inclination towards wanting to be an actor. She finishes school in six months after which she will go to an educational institute for three-four years to train in acting. Aryan doesn’t want to be an actor, he wants to make films, become a director, and is training for it in the US.”