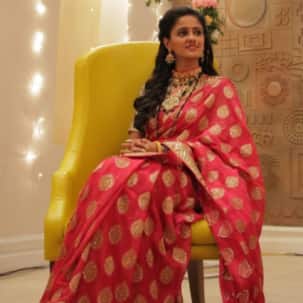 In the upcoming episode of Ghum Hai Kisikey Pyaar Meiin, we will see that Virat (Neil Bhatt) kills Sada. He is devastated as he was his good friend. He comes to know that Sada is married with a wife, Shruti who is expecting their baby. He feels very guilty. The DIG tells Virat that he has done nothing wrong. He says that he killed four terrorists and shot at people because he was in danger. Virat gets a map to locate Shruti. He decides to meet her. In the coming episode, Shruti will find out about his death and decide to confront Virat. She reaches the place where her husband’s dead body is there. She points the gun at Virat. Also Read – Trending TV News Today: Ankita Lokhande injured ahead of wedding with Vicky Jain, Vishal Kotian to return on Bigg Boss 15, Neil Bhatt celebrates Aishwarya Sharma’s birthday and more

At home, Sai (Ayesha Singh) begins crying. Bhavani scolds her. It so happens that her mangalsutra breaks. She feels worried thinking it can be a bad premonition. Ashwini gets it repaired. Bhavani asks Sai why is she so worried if is unsure about her relationship with Virat. As we know, she is keen that they live together as a married couple. Bhavani wants an heir from Virat and Sai. In the coming days, we will see that Sai gets a bad nightmare that he has been shot. In the mean time, Virat takes Shruti to the hospital. Also Read – Ghum Hai Kisikey Pyaar Meiin: Neil Bhatt’s surprise party for Aishwarya Sharma’s Birthday is all things love – View Pics