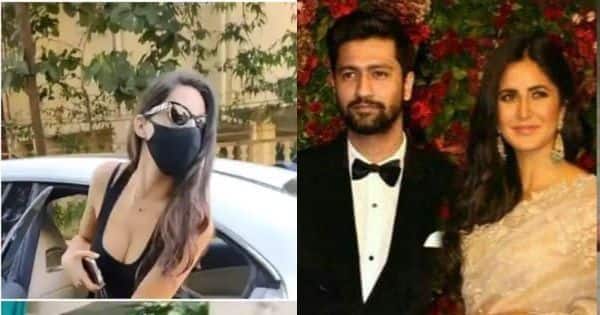 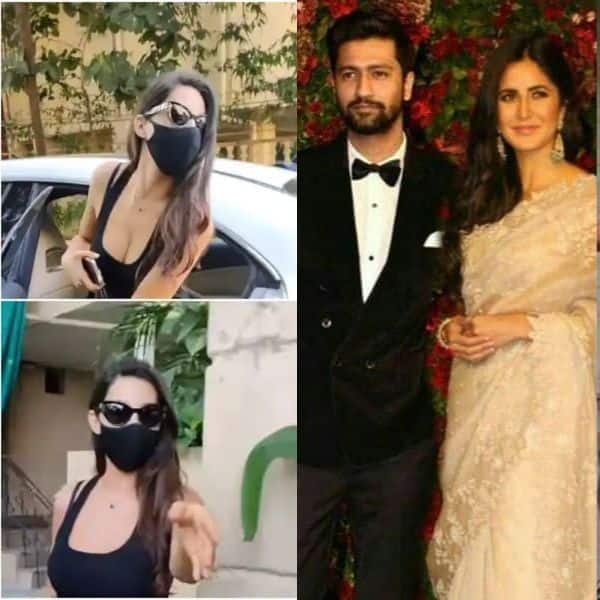 Nora Fatehi’s OOPS moment caught on camera
Nora Fatehi had an OOPS moment as she was getting out of her car. She was wearing a black outfit and a black mask. It looked like her gym look. Also Read – Vicky Kaushal and Katrina Kaif reach Jaipur; leave for their wedding venue accompanied by a fleet of 15 luxury cars – Watch

According to reports, Vicky Kaushal and Katrina Kaif will soon get married in Rajasthan. The Six Senses Fort Barwara is looking really beautiful for the shaadi. A leaked video from inside the hotel is out in which we can see performers dancing on Khwaja Mere Khwaja.

Mira Rajput had a dinner date with Shahid Kapoor recently. She took to Instagram to show her outfit. She was seen wearing pleather pants and a shirt with maroon coloured ballerinas.

Kareena Kapoor Khan calls Jennifer Lawrence ‘simply gorgeous’
Kareena Kapoor Khan recently shared a picture of Oscar-winning actress Jennifer Lawrence with a baby bump as the latter attended the premiere of her upcoming film ‘Don’t Look Up’ in New York. Kareena took to her Instagram and uploaded a picture in her story where Jennifer can be seen posing with her co-star Leonardo DiCaprio. Kareena wrote “Simply gorgeous” for Jennifer.

Complaint filed against Katrina Kaif and Vicky Kaushal
A Rajasthan-based advocate has filed a complaint with the District Legal Services Authority against the closure of the road leading to the Chauth Mata temple from December 6-12 owing to the marriage of Bollywood stars Vicky Kaushal and Katrina Kaif scheduled in Sawai Madhopur district. Advocate Naitrabind Singh Jadoun filed the complaint against the manager of Six Senses Fort Barwara, the venue for the celebrity wedding, Katrina Kaif, Vicky Kaushal and the District Collector against the closure of the road leading to the temple. Along with this complaint, in view of the problems faced by the devotees, a request has been made to open the way to the temple.

Astrology is a way of living #theviraltime
Actress to turn into the perfect Punjabi Dulhania, all thanks to groom’s mother – Exclusive #theviraltime
Advertisement