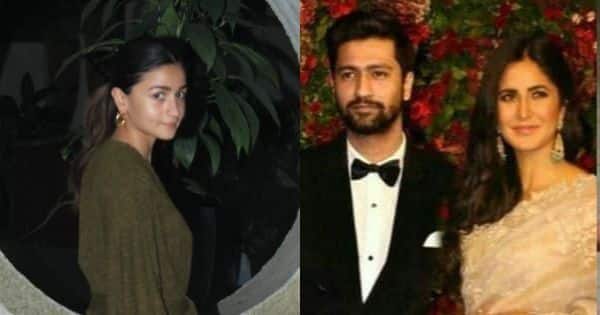 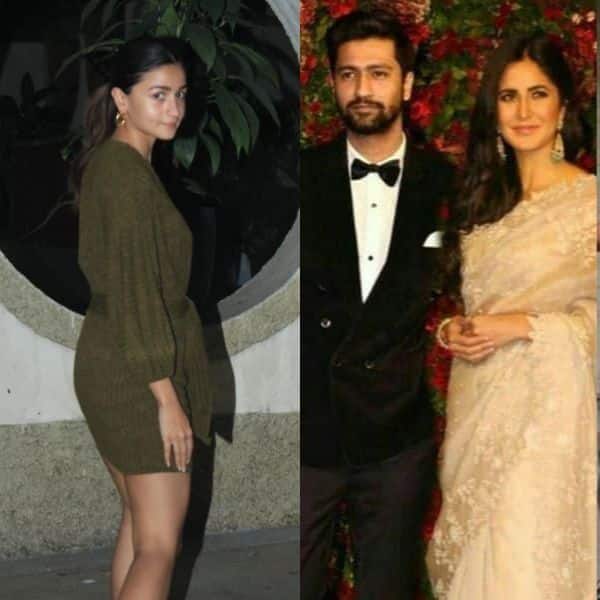 Vicky Kaushal and Katrina Kaif’s wedding seems to be the most happening event now. The functions will start from today at Six Senses Barwara. Today is the Sangeet and many Bollywood biggies are expected to attend the different functions. Now, Alia Bhatt was snapped in Mumbai today and she is being trolled for not being at Vicky Kaushal and Katrina Kaif’s wedding. “No one invited her,” wrote a user. “Still matlab kya, inhe bhi bulaya kya Jaipur?” read another comment. “Ye nhi ja rhi vickat ki shadi mein,” wrote another user. Alia was seen in an olive dress and boots. Not everyone trolled her. Many were pretty impressed by her look. “So gorgeous,” wrote a user. “How beautiful she is to me,” wrote another user. Have a look at her look and the comments in the post below: Also Read – Trending TV News Today: Rakhi gets into physical fight with Abhijit Bichukale, Bharti Singh reacts to attending VicKat wedding, Tejasswi Prakash’s brother is all game for TejRan and more

On the professional front, the actress will be seen in films like Gangubai Kathiawadi, Brahmastra, RRR and Rocky Aur Rani Ki Prem Kahani. Talking about RRR, the film also stars Jr NTR, Olive Morris, Ajay Devgn, Samuthirakani, Ray Stevenson, Alison Doody, Chatrapathi Sekhar, Shriya Saran, Spandana Chaturvedi, Varun Buddhadev and others in pivotal roles. The film will be releasing on January 7, 2022. The trailer of the film was supposed to be out on December 3 but now will be releasing on December 9. Also Read – Katrina Kaif-Vicky Kaushal wedding: Special henna worth Rs 1 lakh from Rajasthan’s Sojat for the bride’s mehendi

On the personal front, last year, Alia’s boyfriend Ranbir had confessed that he was hoping to get married soon to his girlfriend Alia Bhatt. He had saif that if there had not been a pandemic situation, the two would have been married already. In an interview with Rajeev Masand, Ranbir said, “I don’t want to jinx it by saying anything. I want to tick mark that goal very soon in my life.” We are now hearing that they will tie the knot in 2022 or 2023. Also Read – Katrina Kaif and Vicky Kaushal Sangeet: Songs, performances, theme and more – Here’s all you need to know [Exclusive]