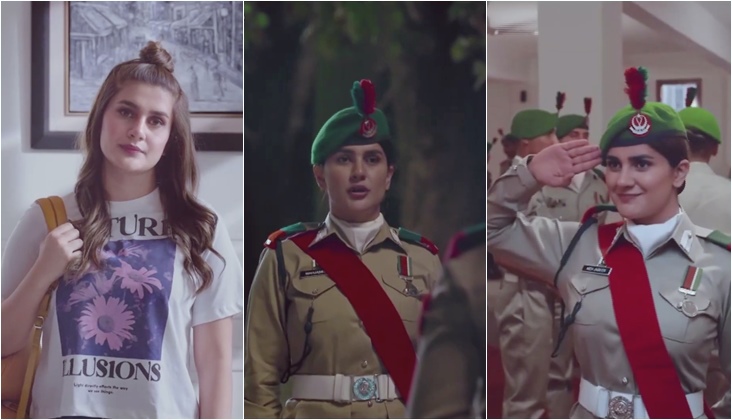 The beautiful, Kubra Khan, aka, Mahjabeen Mastaan of Sinf e Aahan—a girl who has everything anyone could ever dream of, still finds herself unfortunate because of her parents’ unending arguments and disputes. Notwithstanding underestimation and discouragement, she plans on getting into the Pakistan Army.

She tells Ali Rehman Khan, her on-screen partner, that she is determined to have a career in uniform no matter what. 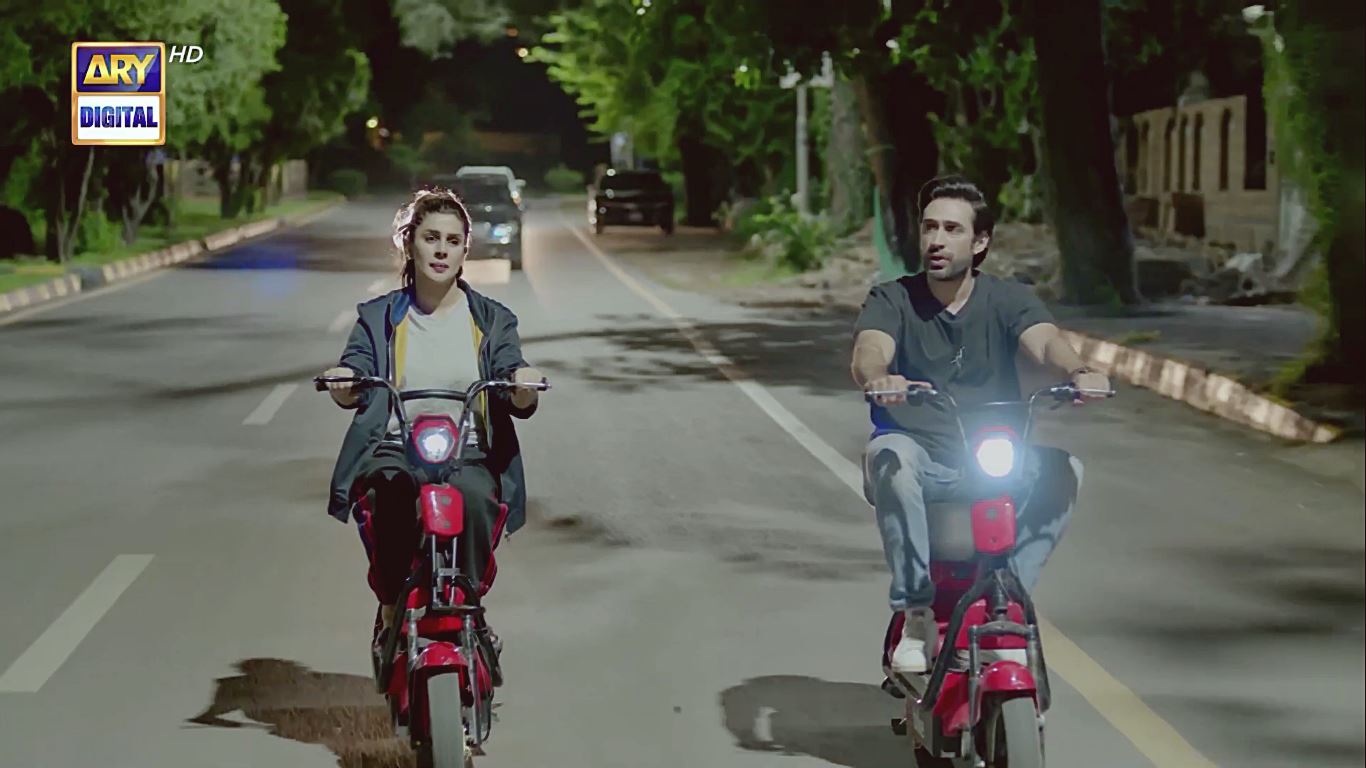 The mother, who once did not believe in the capabilities of Mahjabeen Mastaan, reads a letter about her daughter with tears of contentment and pride in her eyes. Apart from Kubra and Ali Rehman, veteran actors Saba Hamid and Usman Peerzada are also a part of Sinf e Aahan.

While talking to a tabloid earlier, Kubra Khan had revealed, “We’re not ‘acting’ on Sinf-e-Aahan, they filmed us while we underwent actual cadet training,” sharing that she has a number of cuts and bruises as a result of the tough training.

Highlighting just how tough the routines can get, Kubra Khan said, “Salute to all the men and women that go for training and are in the forces.”

The Jawani Phir Nahi Ani actress also shared that all the equipment used in the show is not dummy. “If we’ve used a gun, or a water bag or anything that’s supposed to be used in training is real. If you see a 10kg box, we’ve actually carried a 10kg box. If we’re firing a gun, it’s an actual gun,” she said.

Related: Meet the Women of Steel from ‘Sinf-e-Aahan’

Written by famous playwright Umera Ahmed and directed by ace director Nadeem Baig, Sinf e Aahan is presented by ISPR. The show is produced by Six Sigma Plus and Next Level Entertainment, which are helmed by Humayun Saeed, Samina Humayun Saeed, Shahzad Nasib, and Sana Shahnawaz.

What about Sinf e Aahan are you excited the most for? Have your say in the comments’ section below.

An avid reader, food enthusiast, and a writer, by passion.

Currently working at ARY Digital Network as the Lifestyle Editor