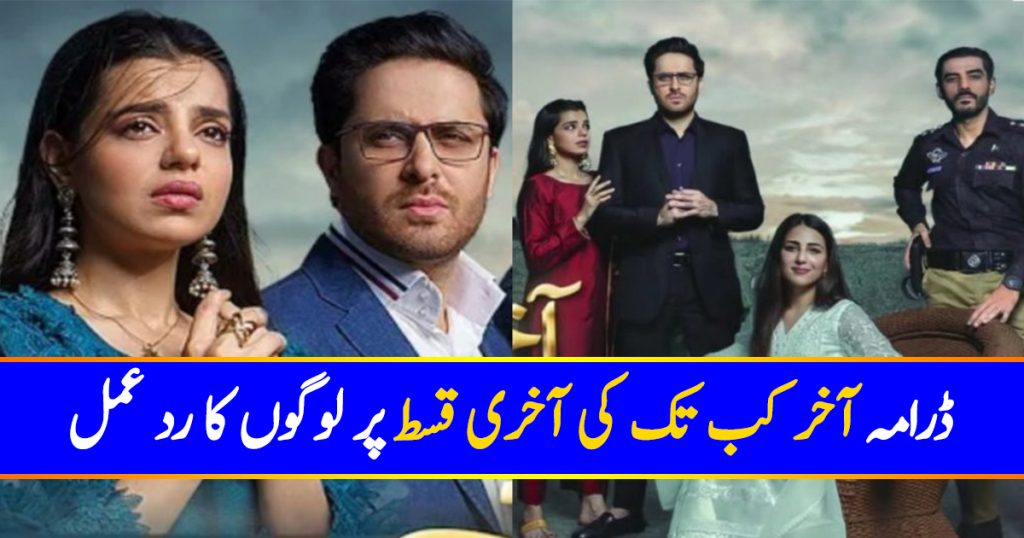 Drama serial Aakhir Kab Tak is a Hum Television Network Drama, the drama is a Momal Entertainment production’s presentation which was directed by Syed Ali Raza Osama and was written by Radain Shah. 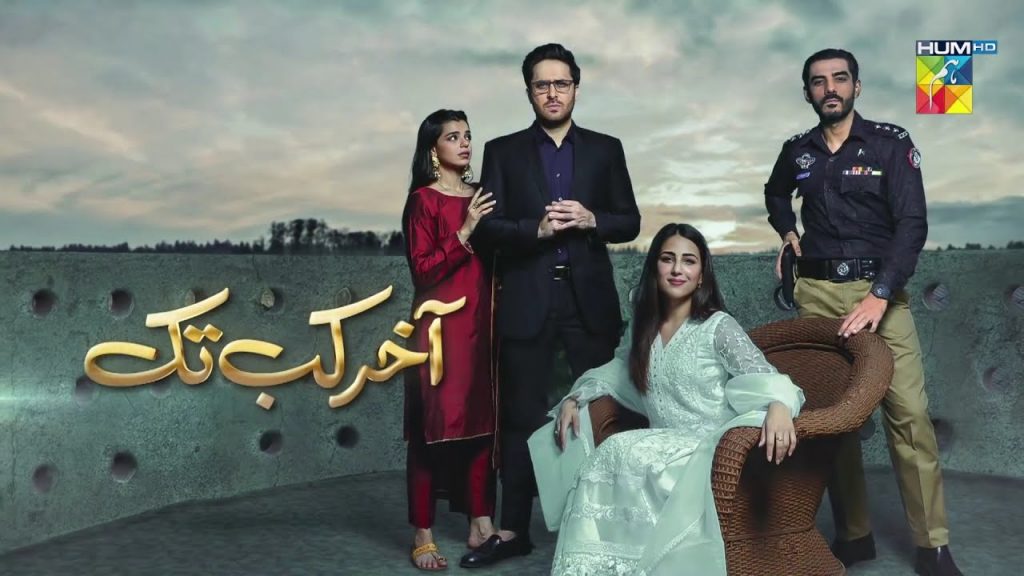 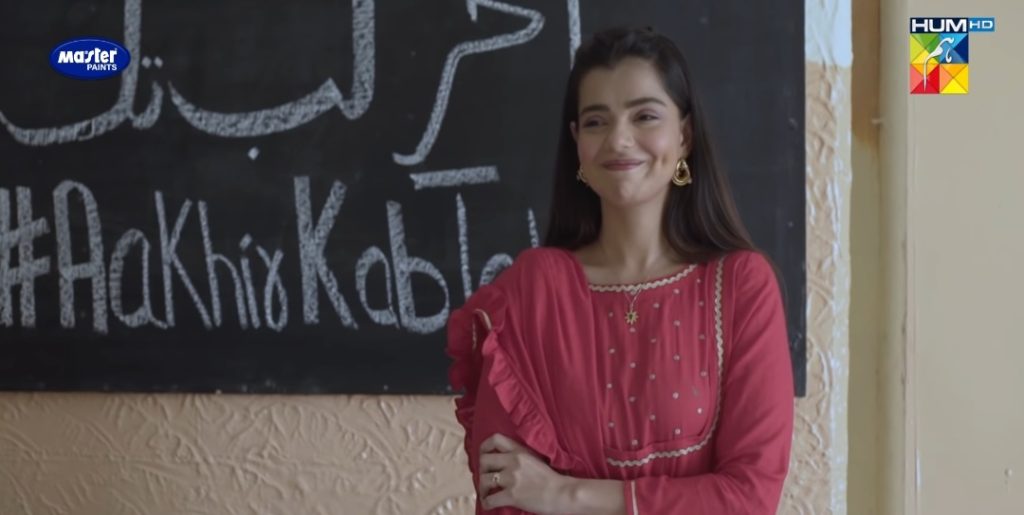 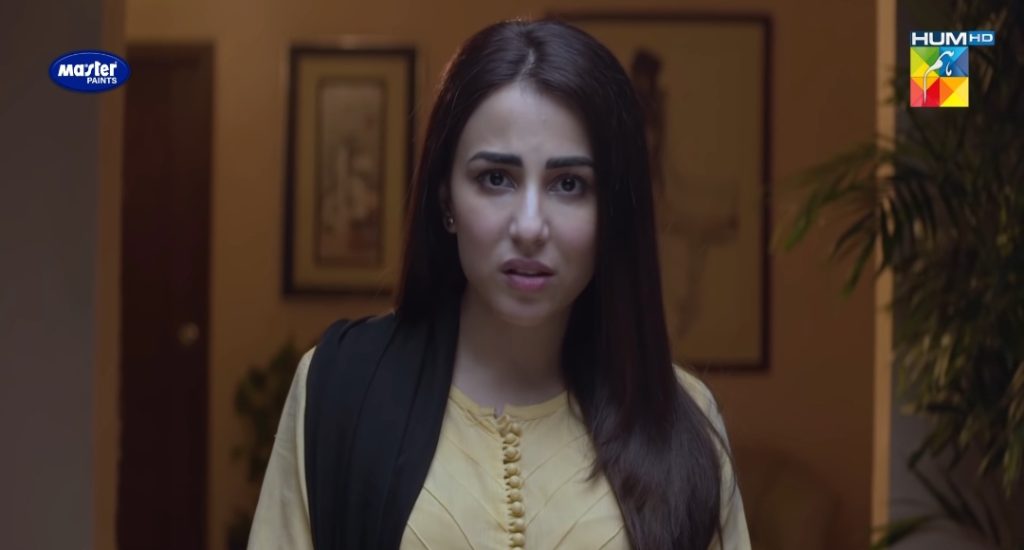 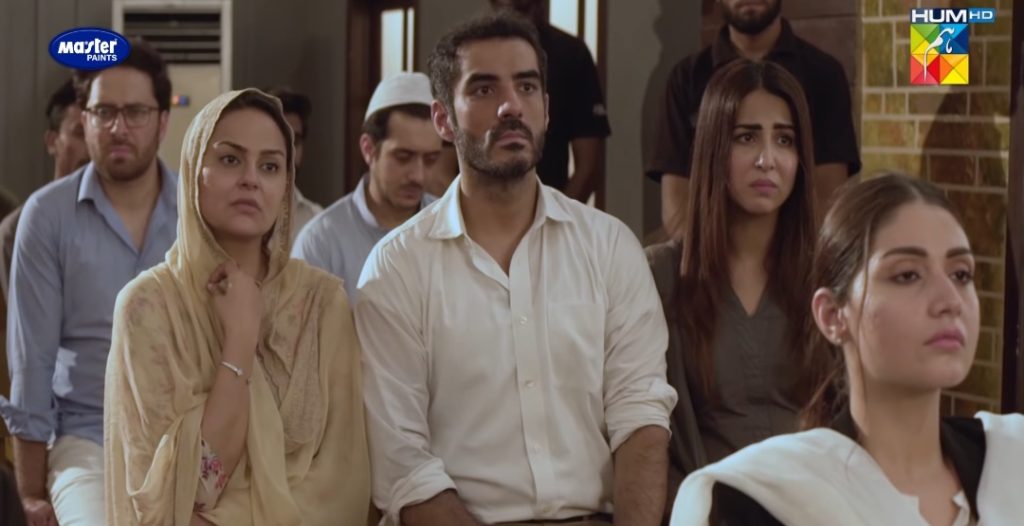 The drama featured the story of a rape victim/ sexual abuse who was in a bad mental state , later on the girl got married to a caring and loving guy . The drama ended on a strong note where the rape victim kept on fighting for her self. Fans loved the last episode and the drama throughout, they thought that the plot was strong, lesson oriented and needed good TRPs and views. The netizens think that this drama was as good as Parizaad or Hum Kahan Kay Sachay Thay but remained an under dog. A few of the fans thought that the drama was perfect but the way they dragged wasn’t good , they said that the drama could have ended earlier in decent time period. 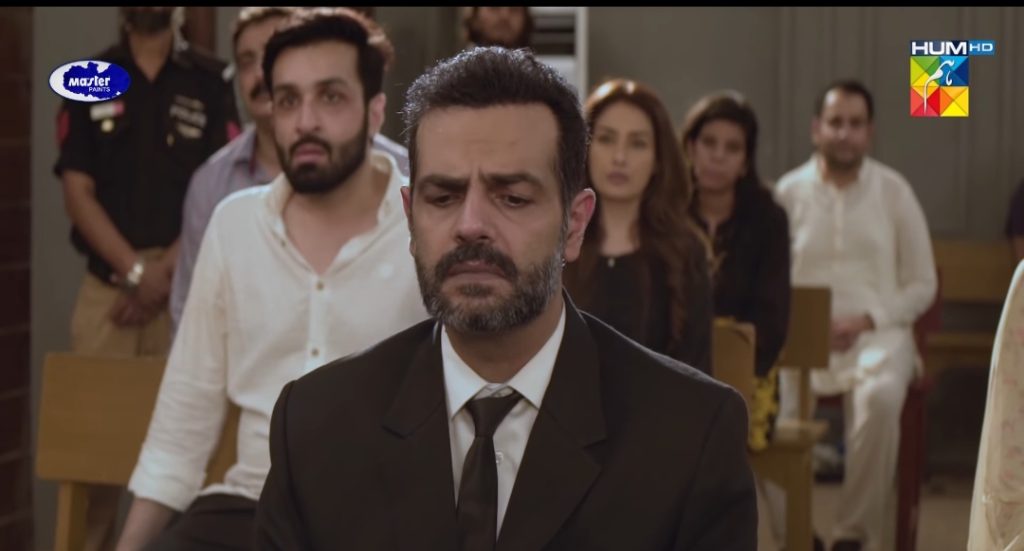 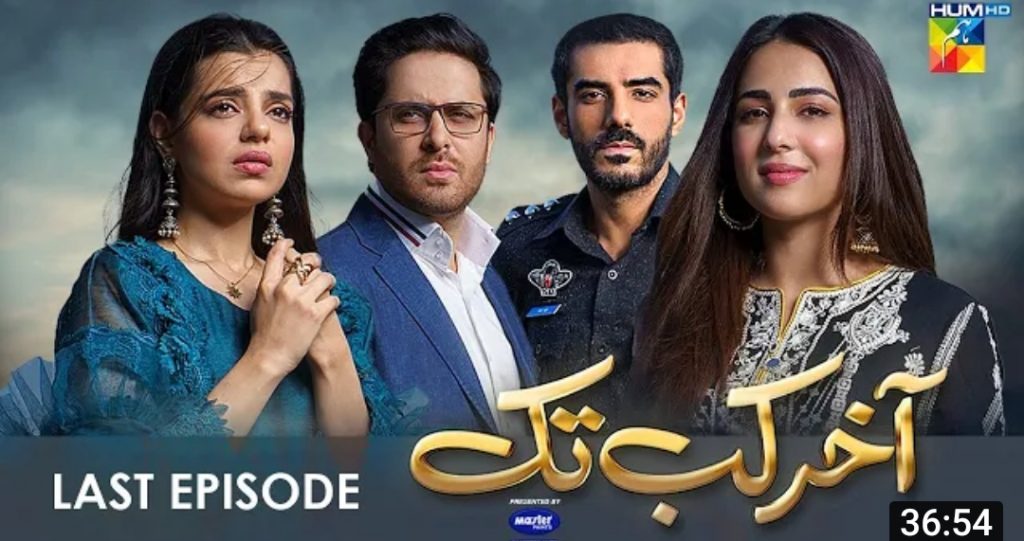 Fans loved the fact that the victim was alive , but a few said that it was more closer to the Indian dramas, the re emergence of the dead was more of “Star Plus Tarka”, according to the fans , they said it was illogical, however, they loved the acting of Ushna Shah, Azfar Rehman and Srha Asghar. Netizens , overall loved the drama , production , storyline and acting. Here is a look into the Public opinion regarding drama. 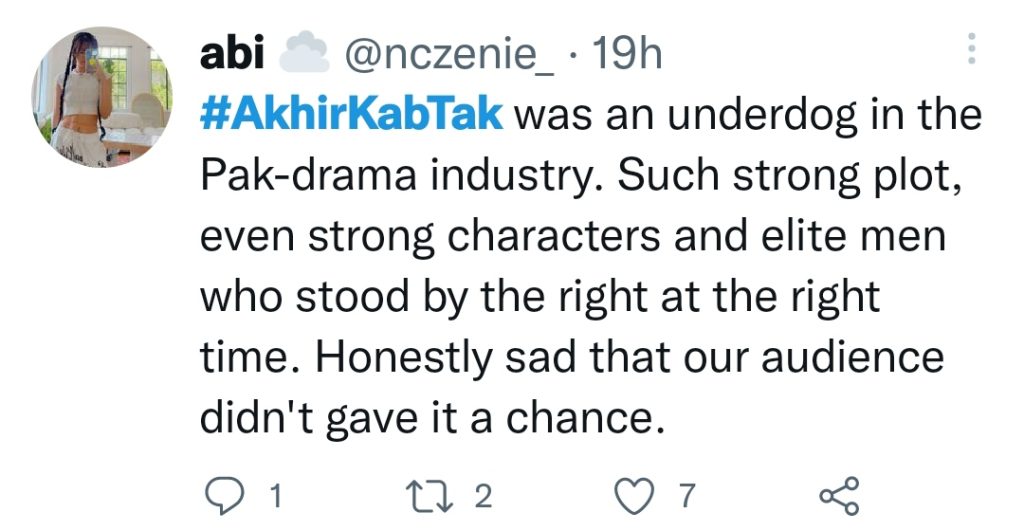 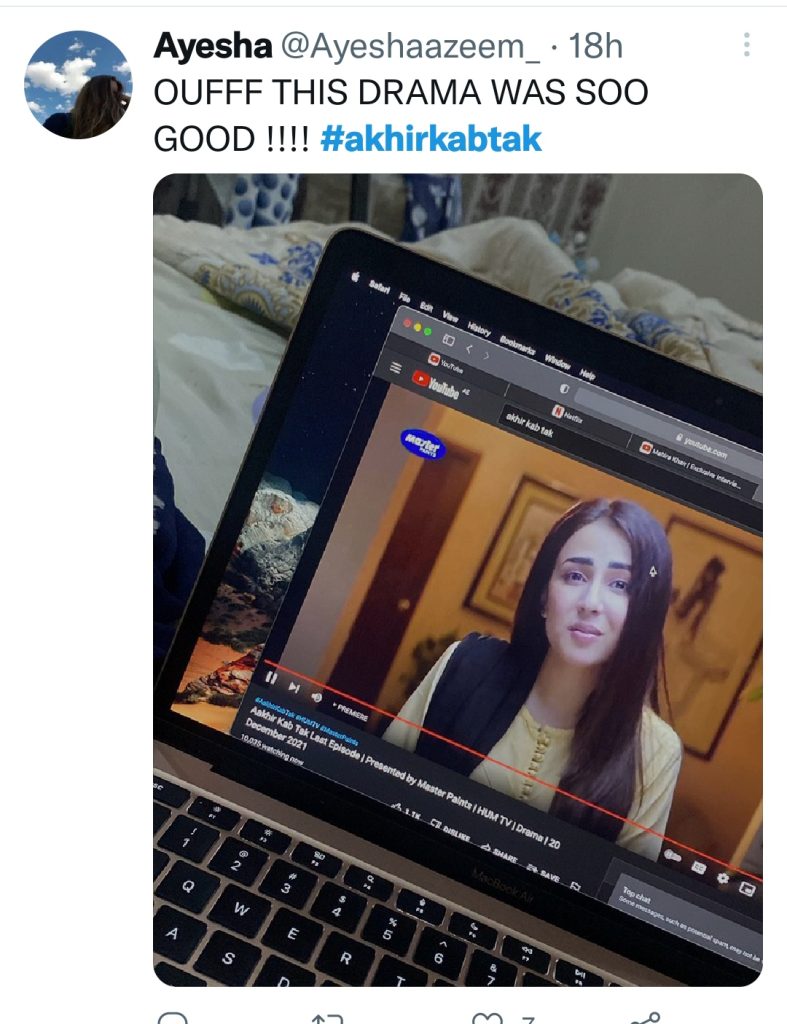 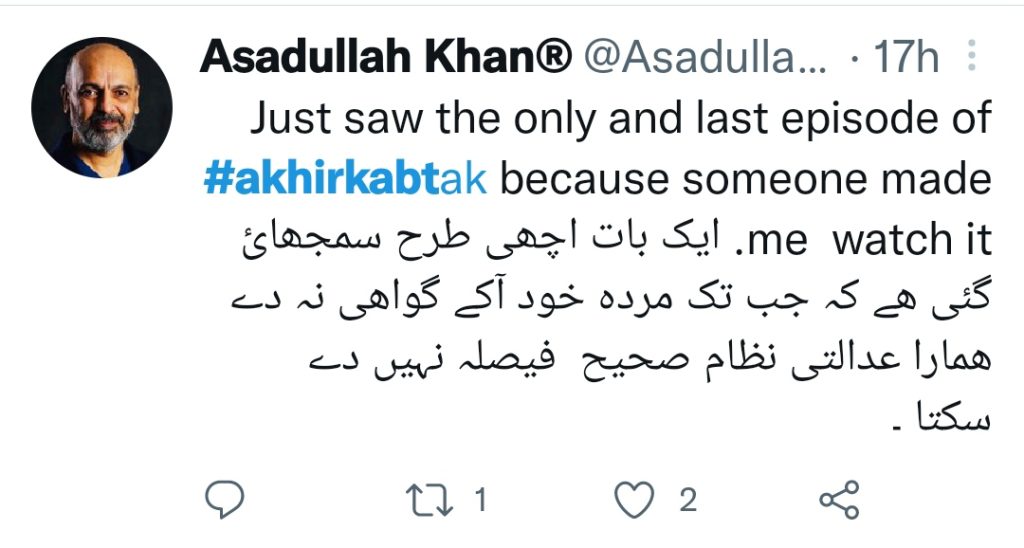 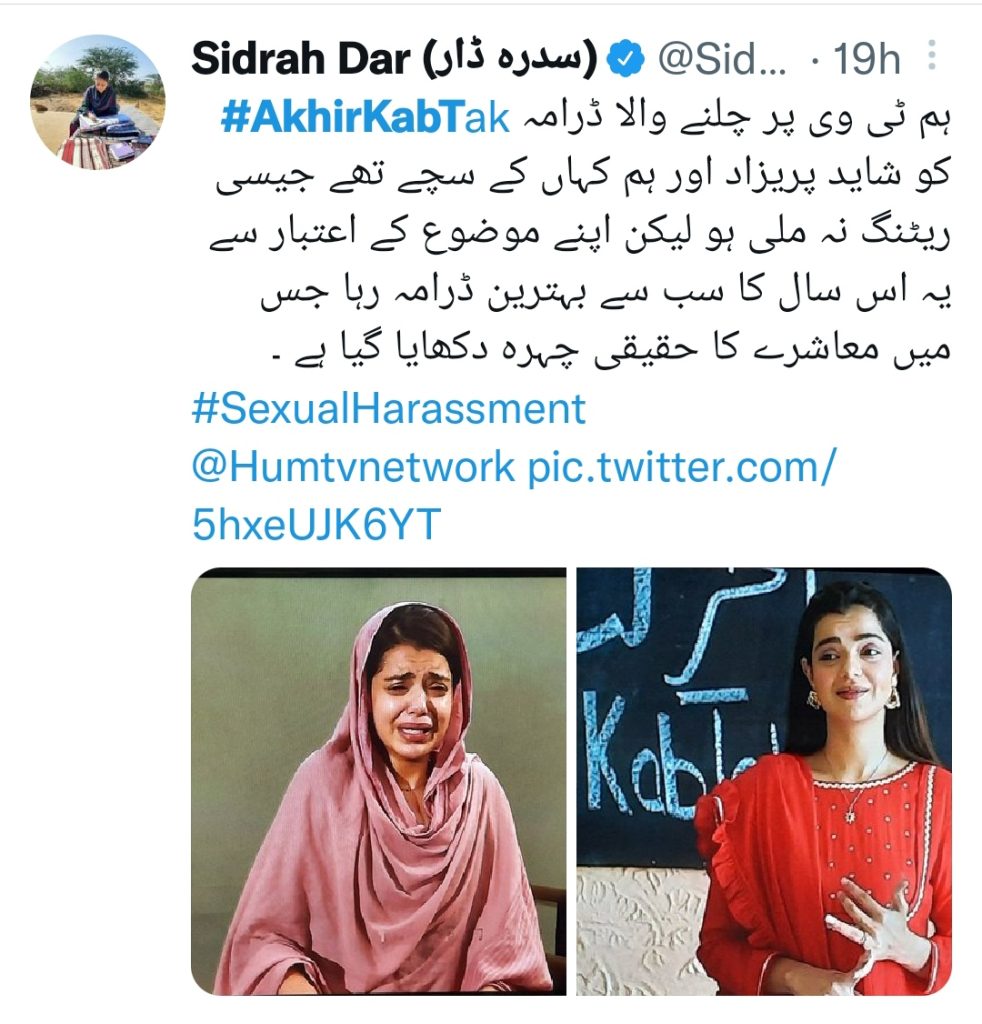 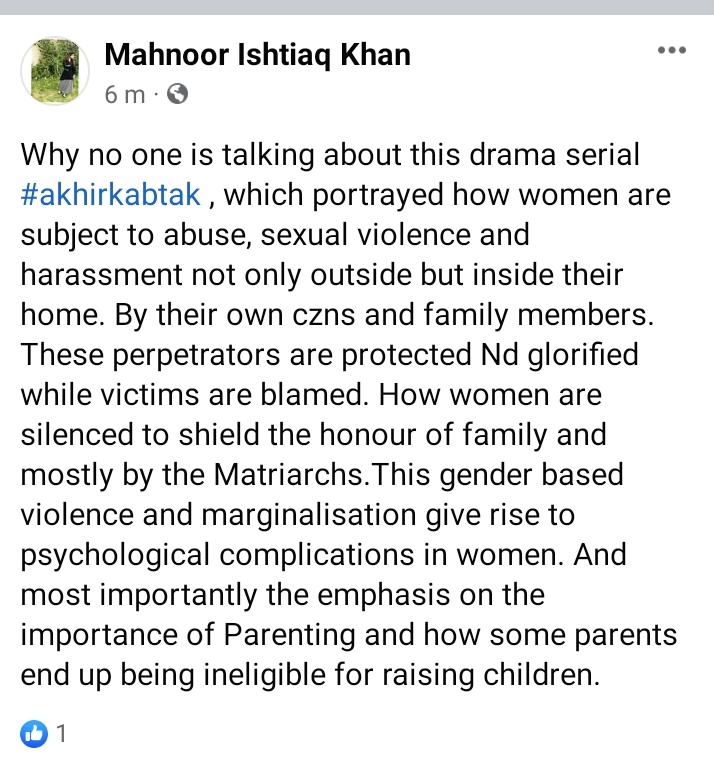 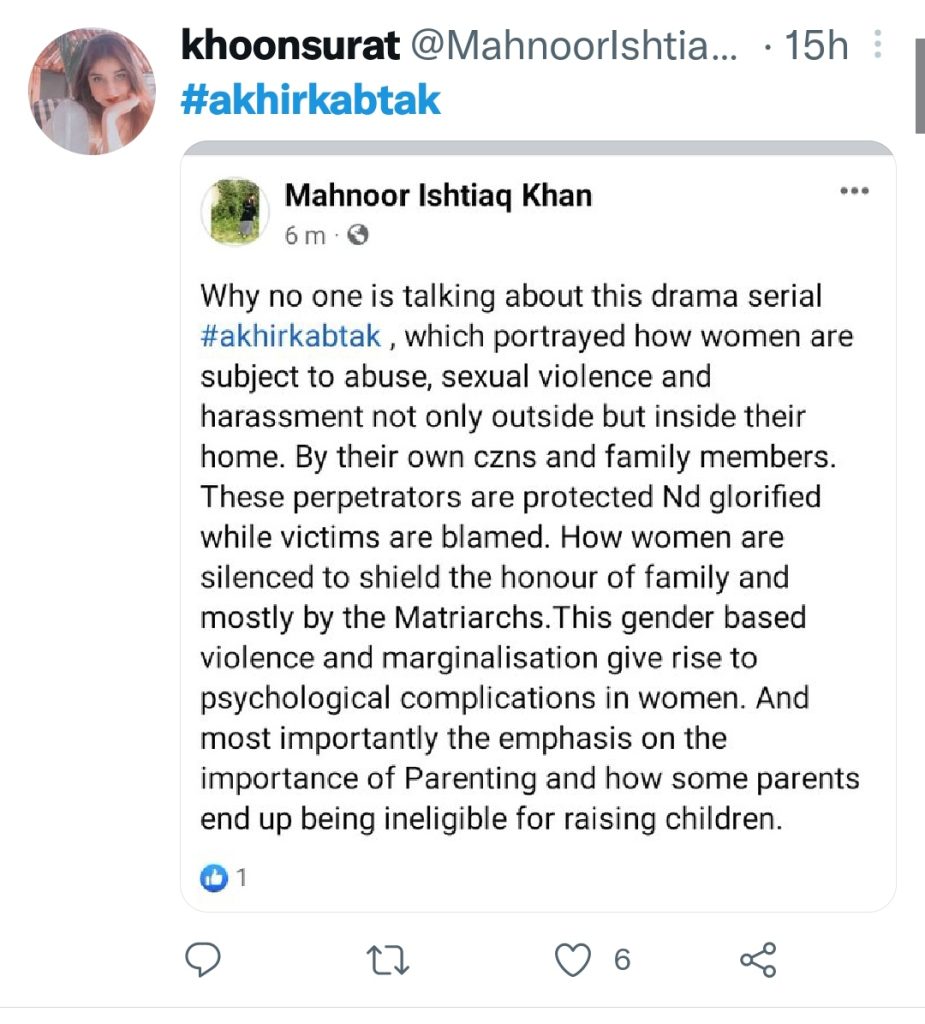 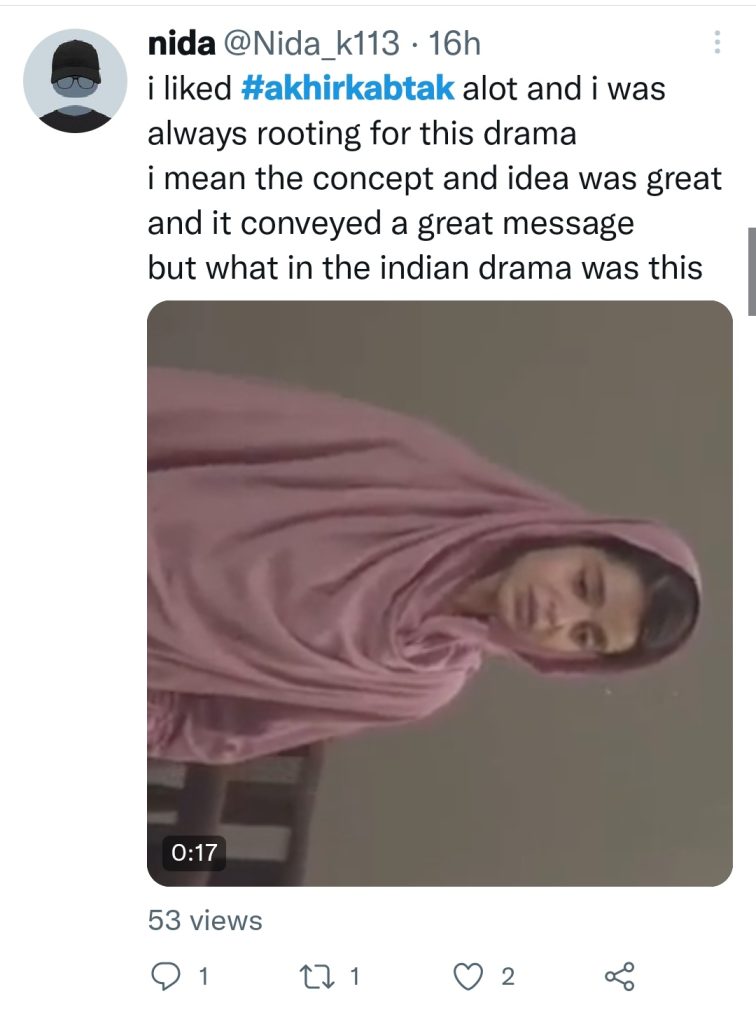 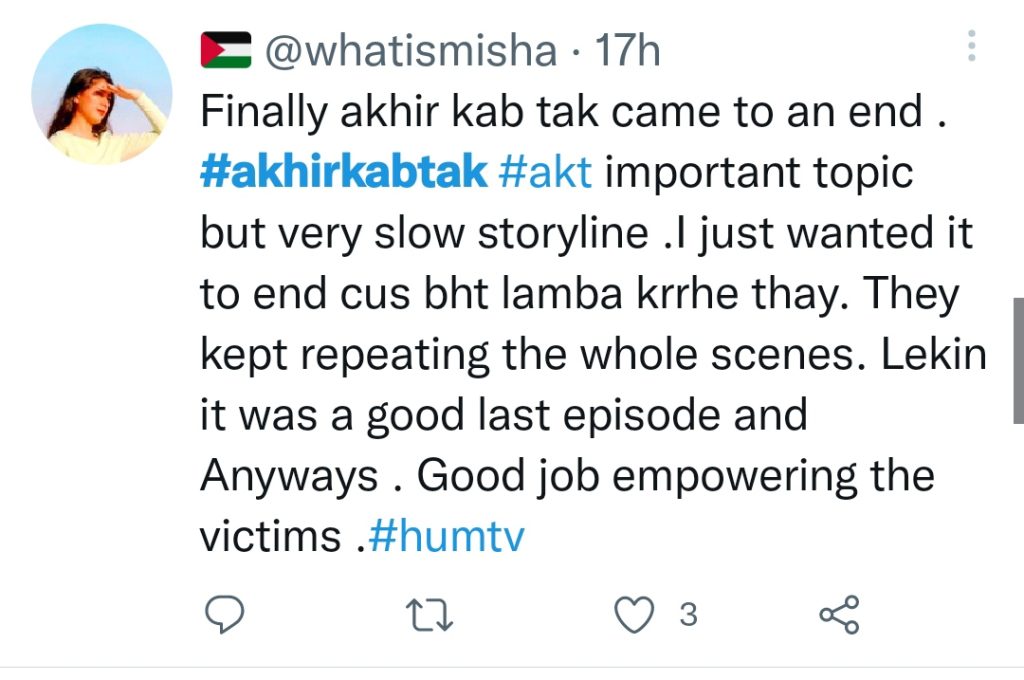 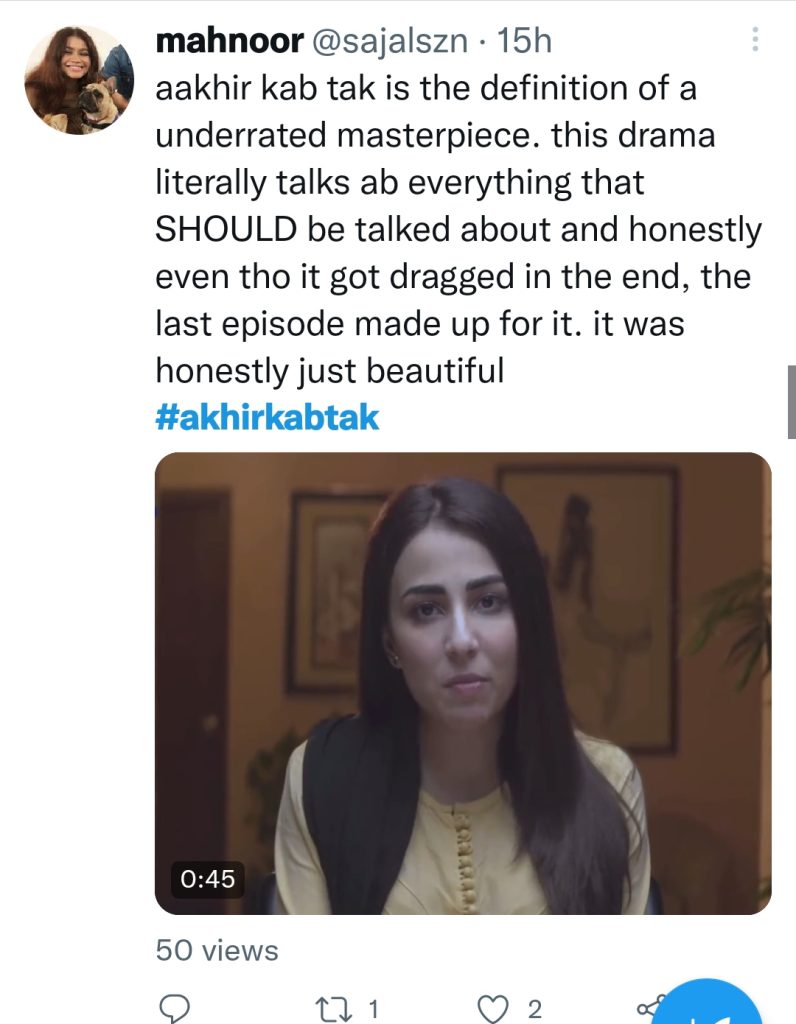 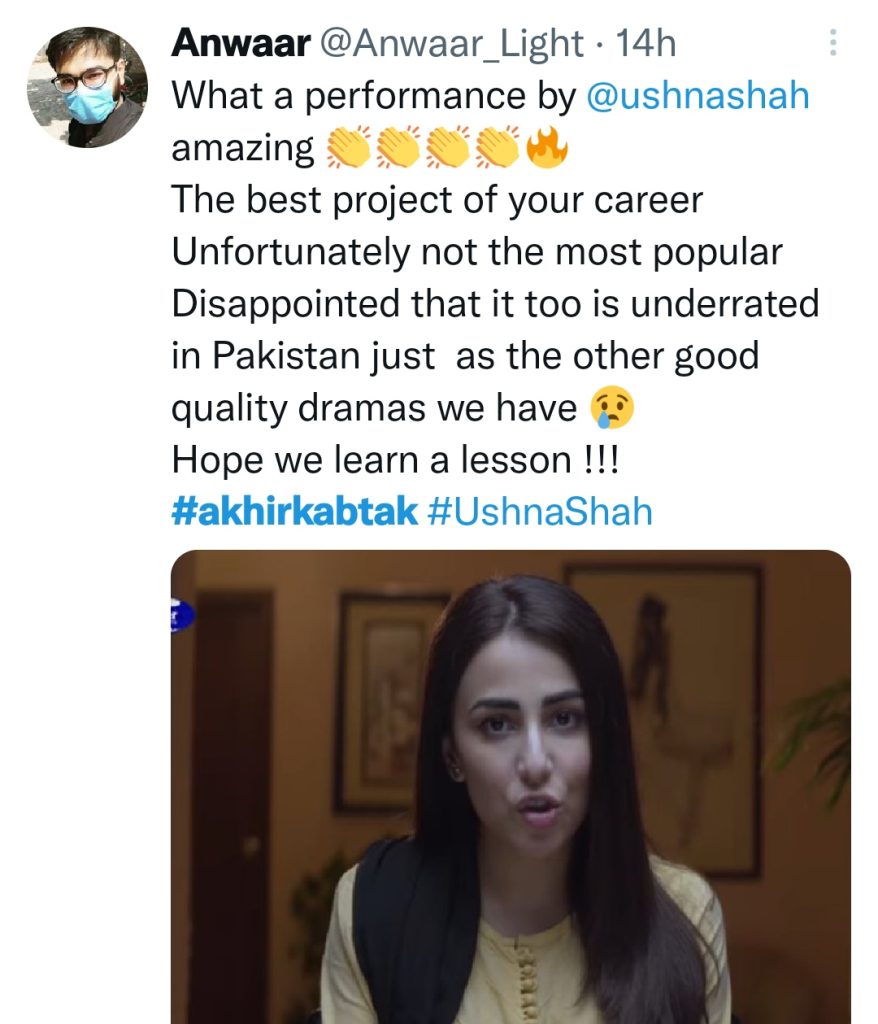 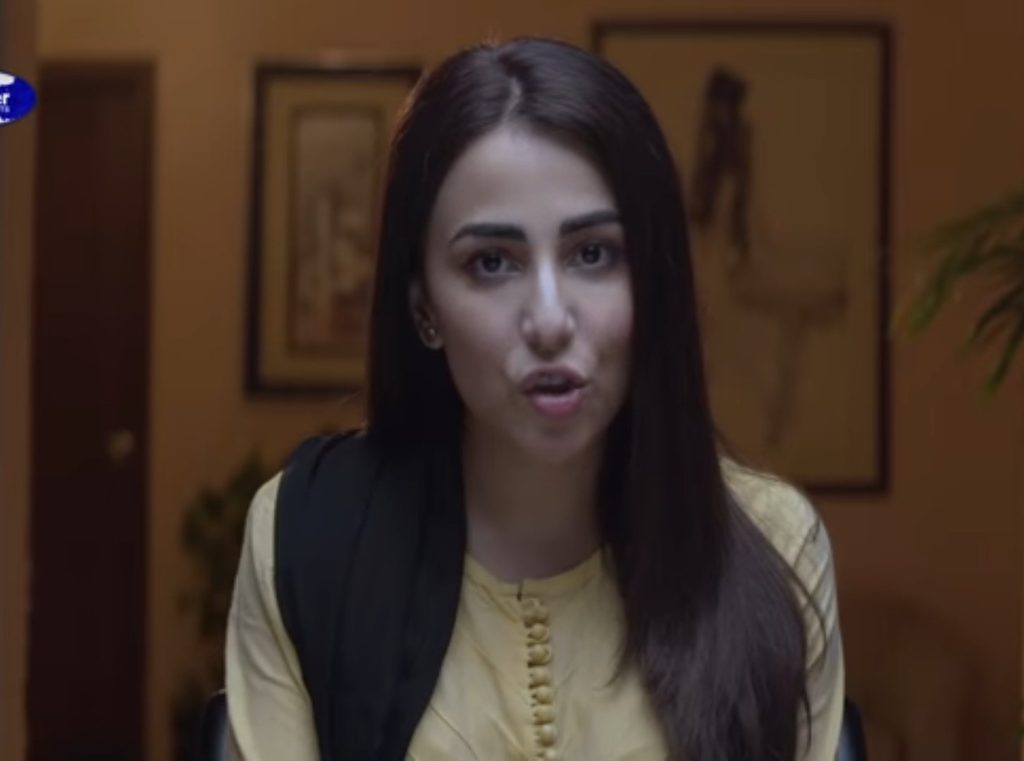 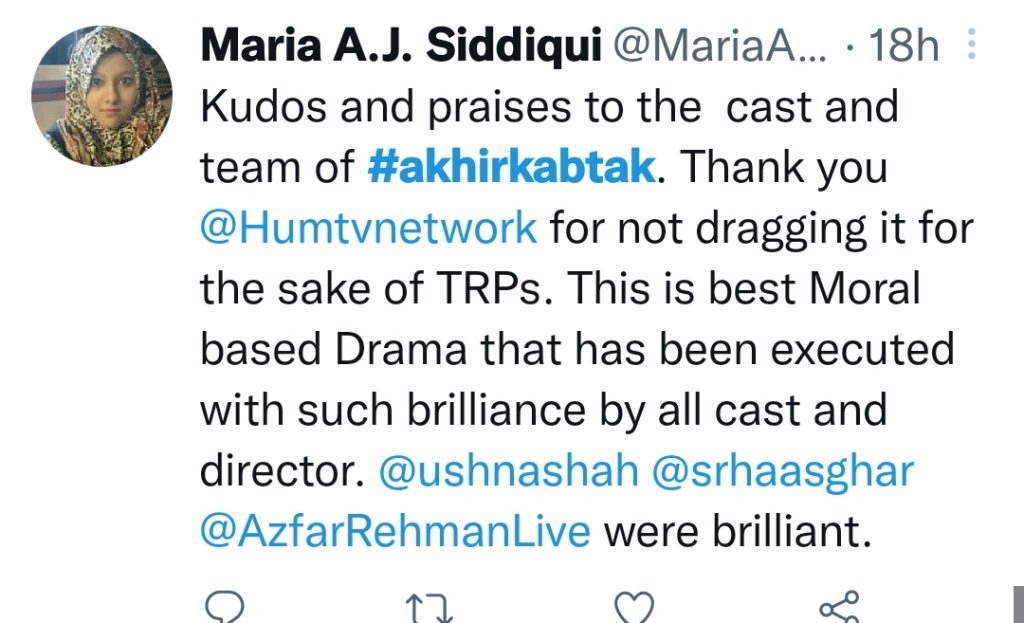 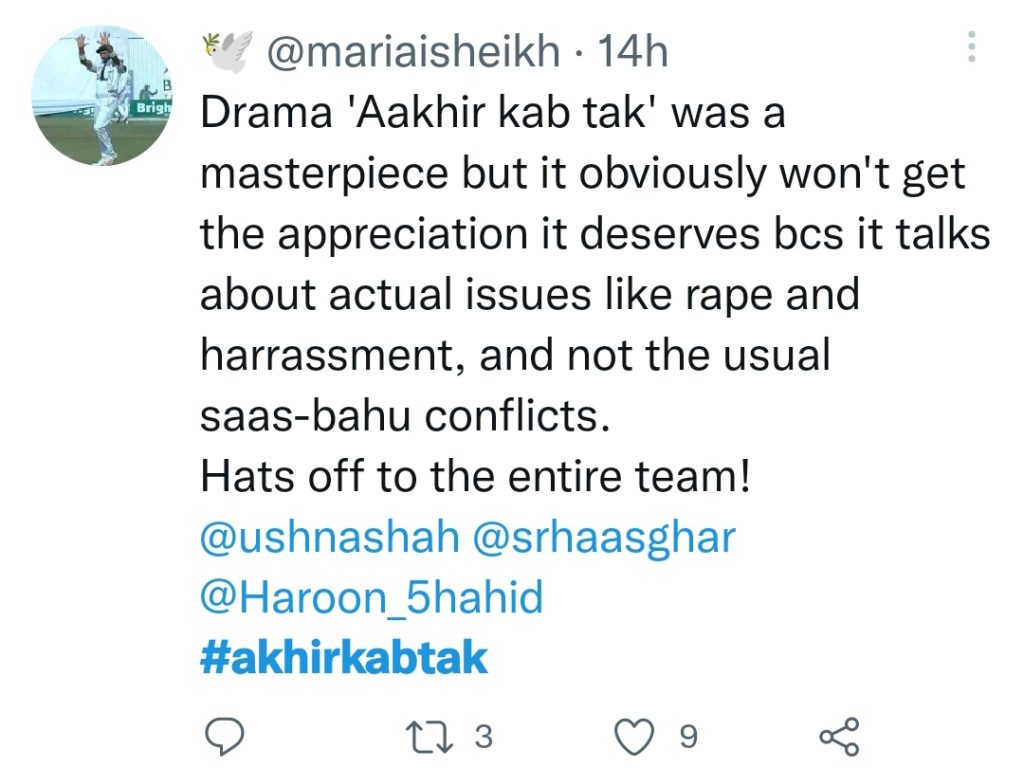 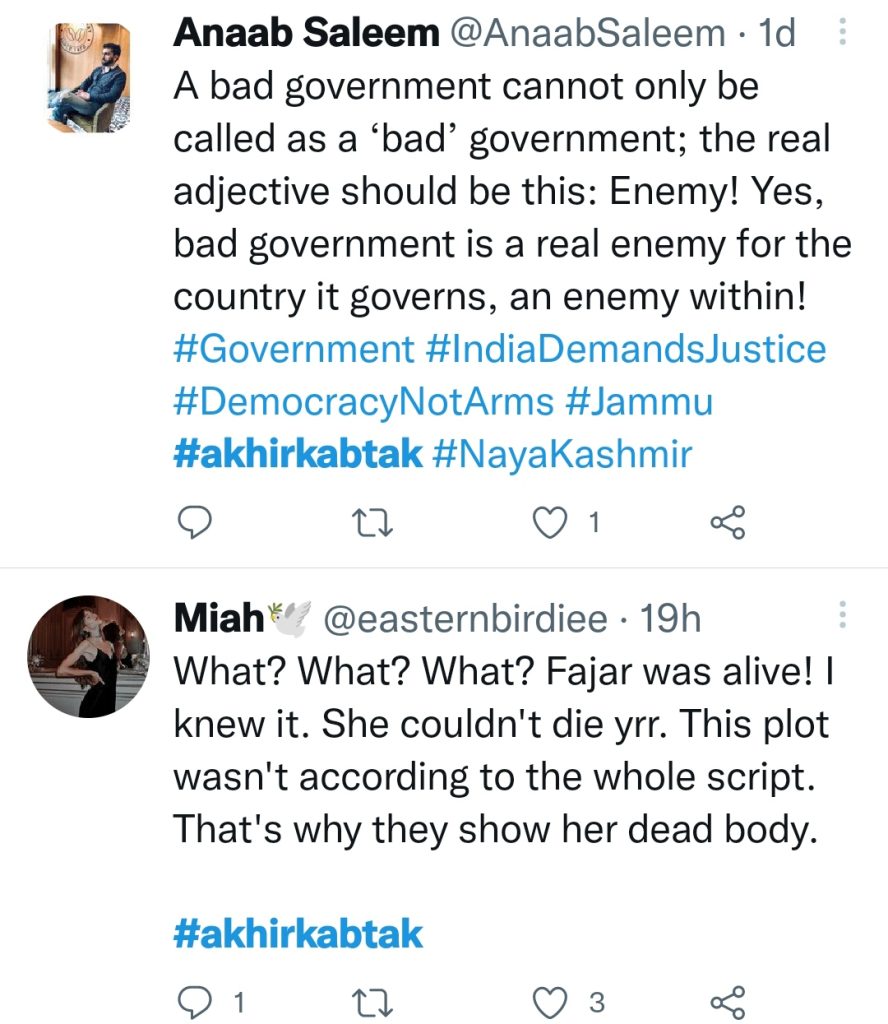 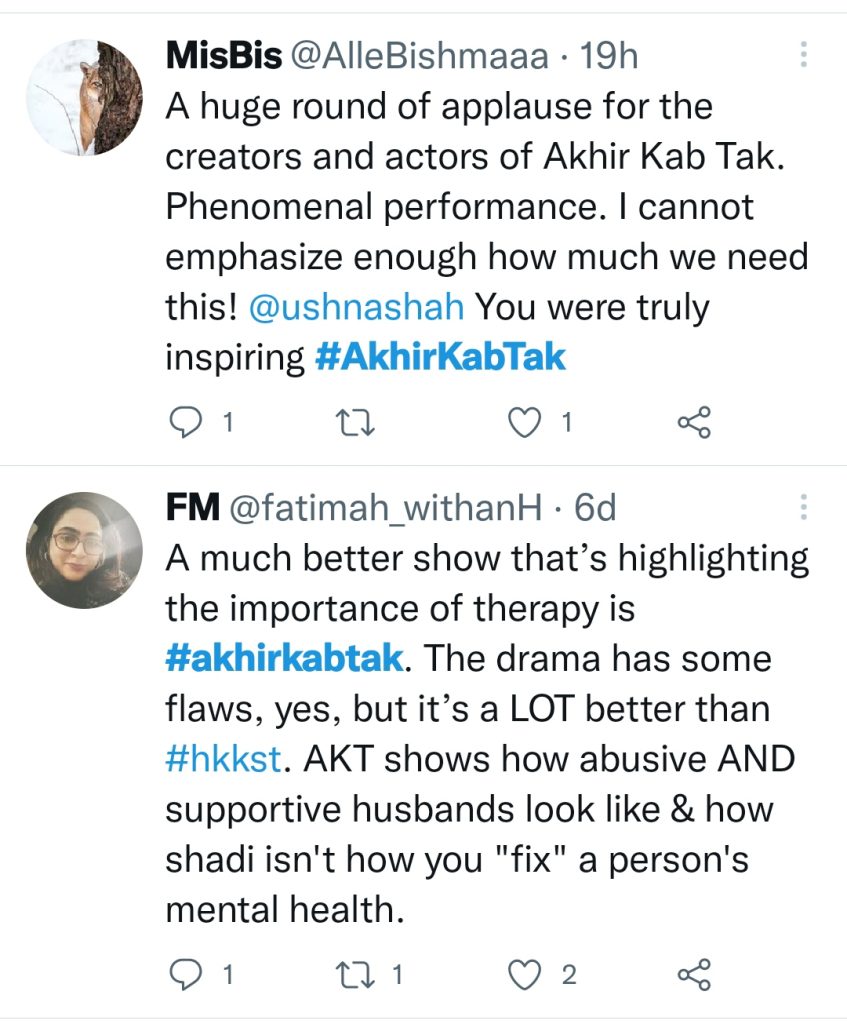 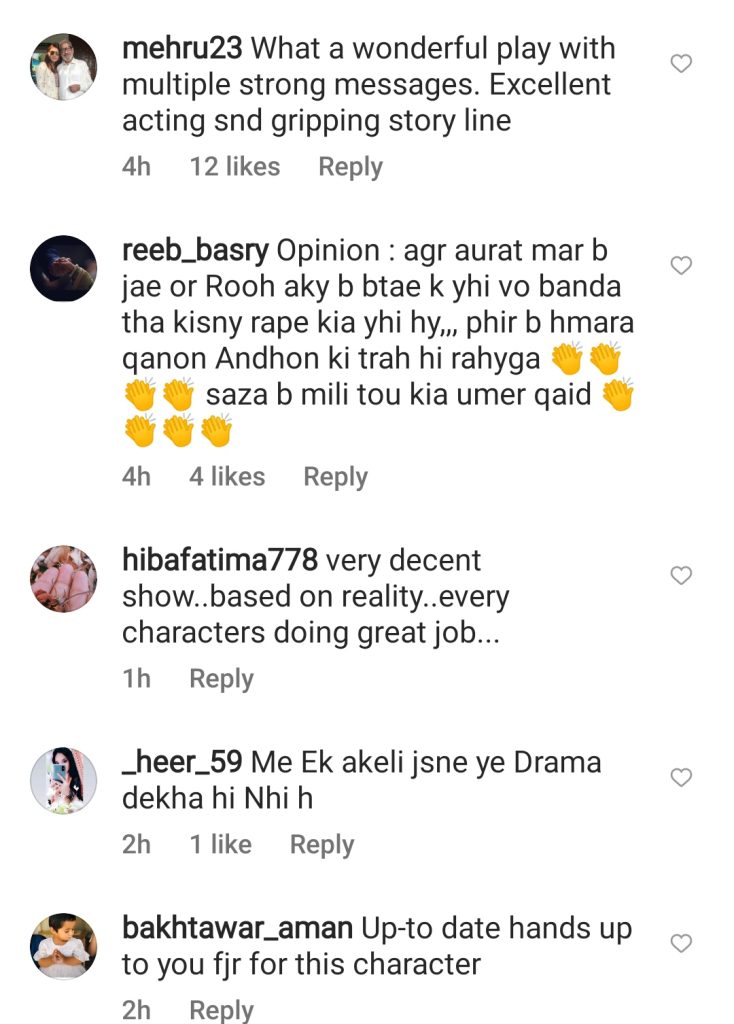 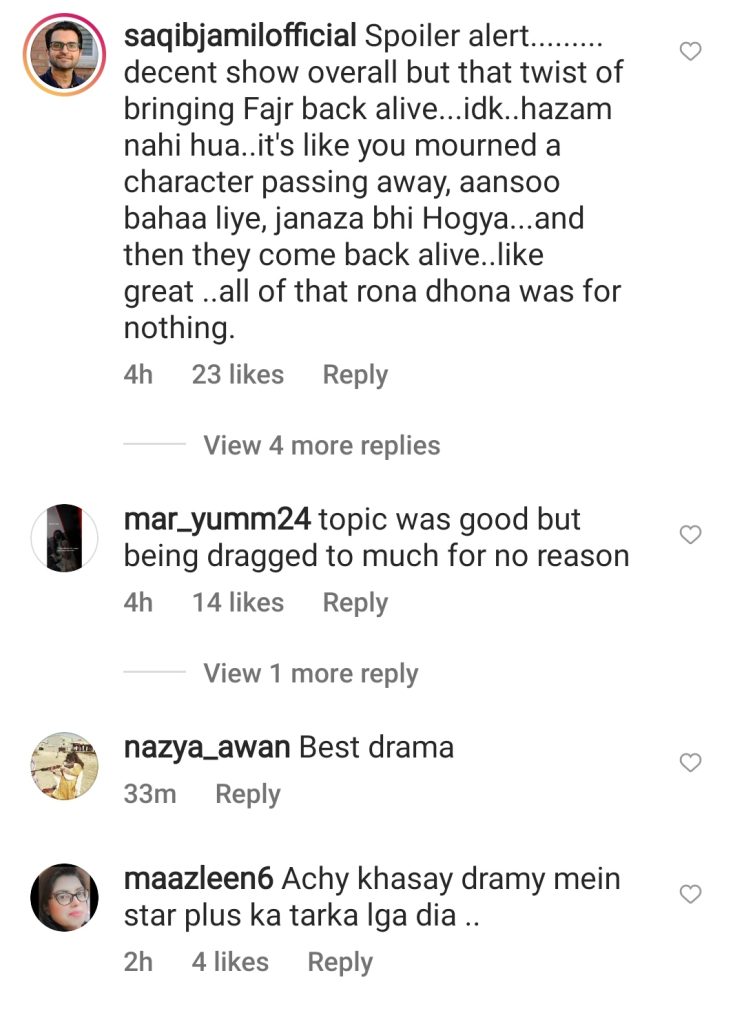 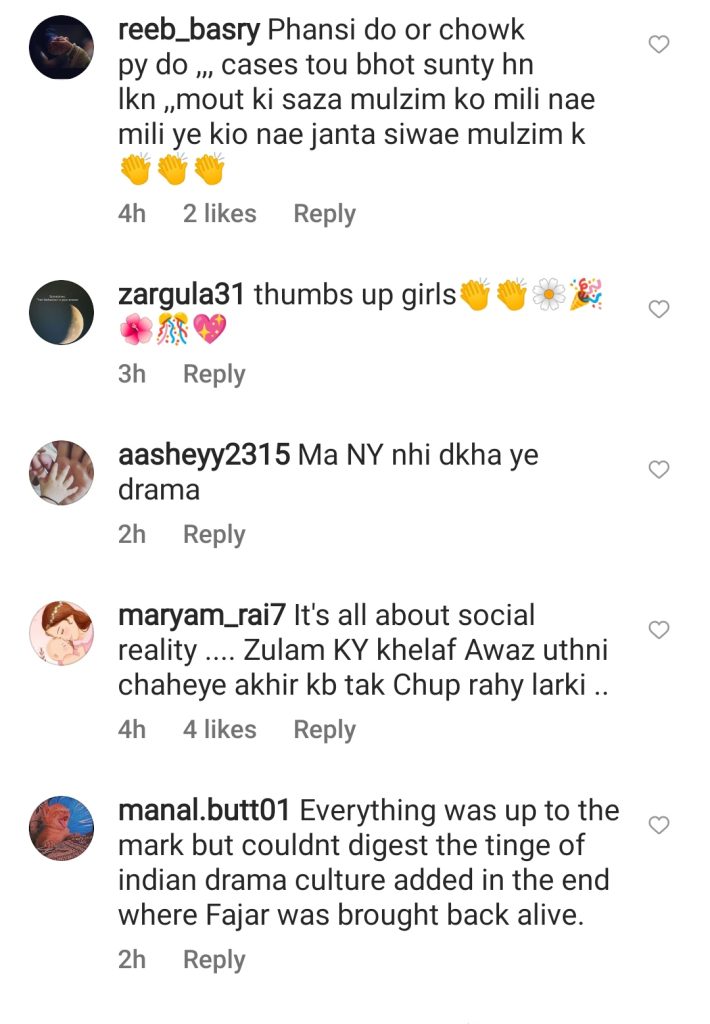 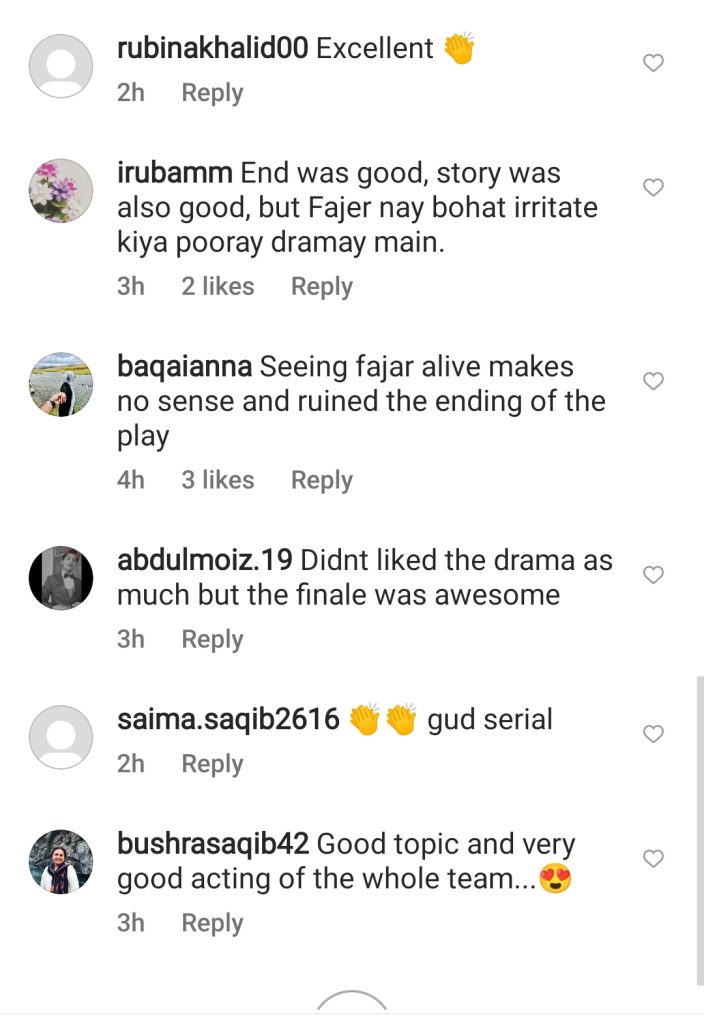 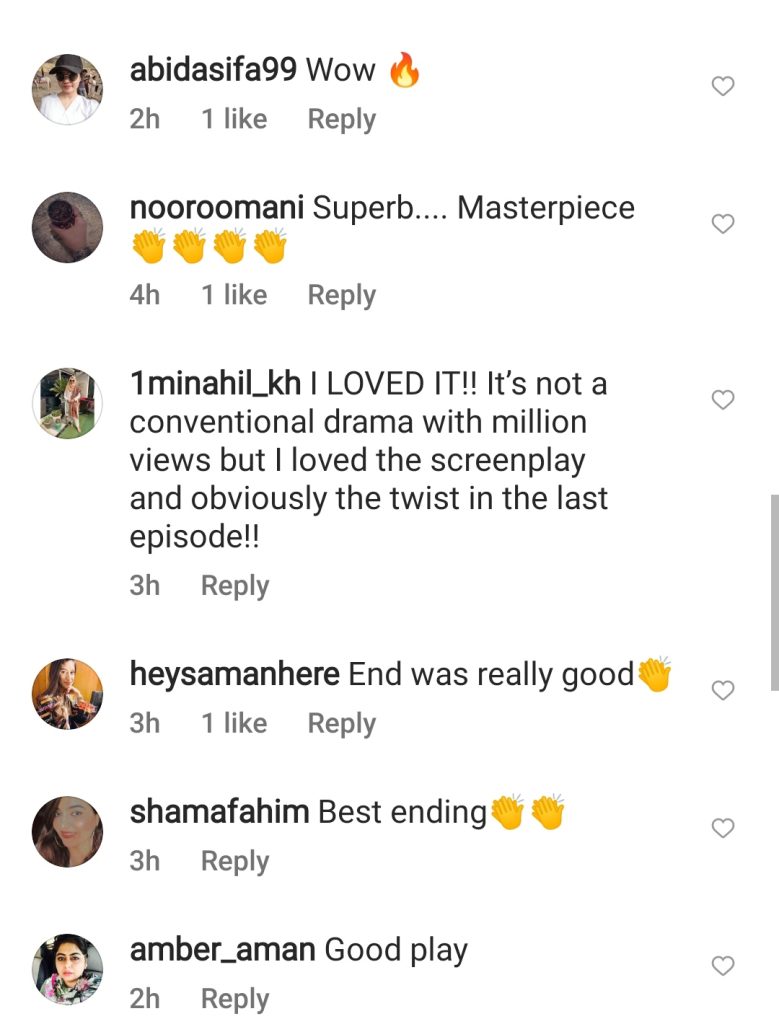 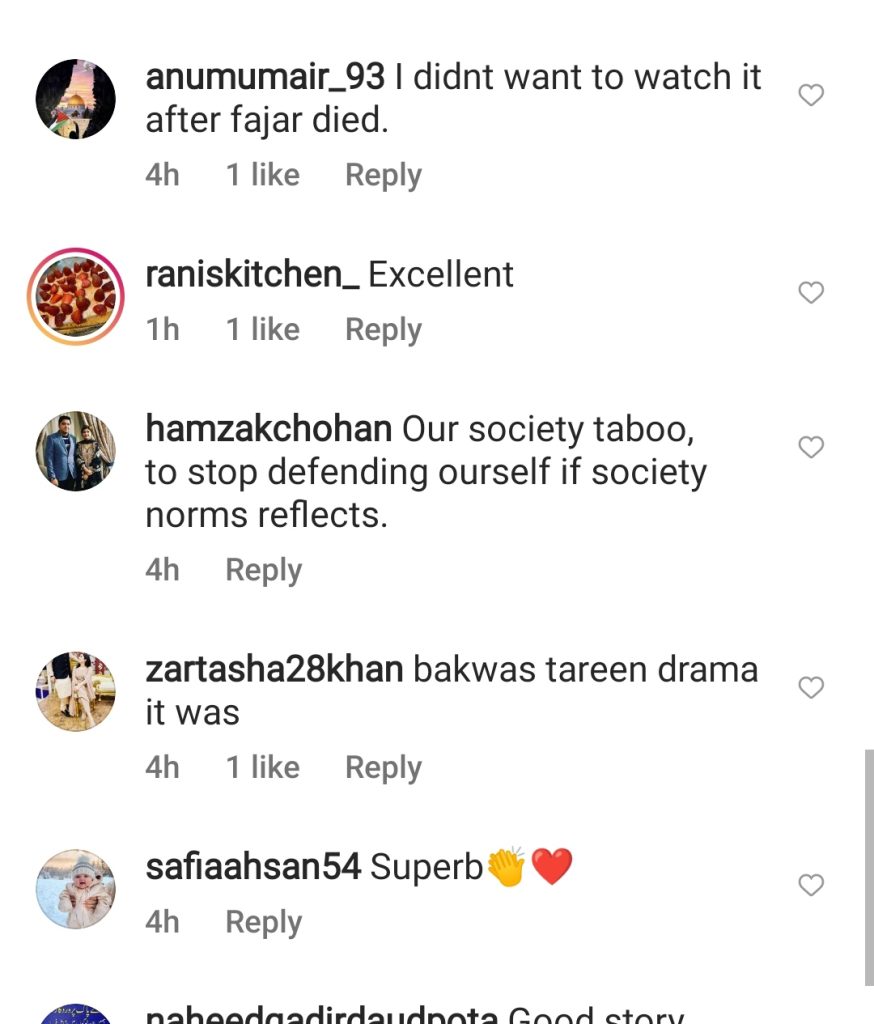 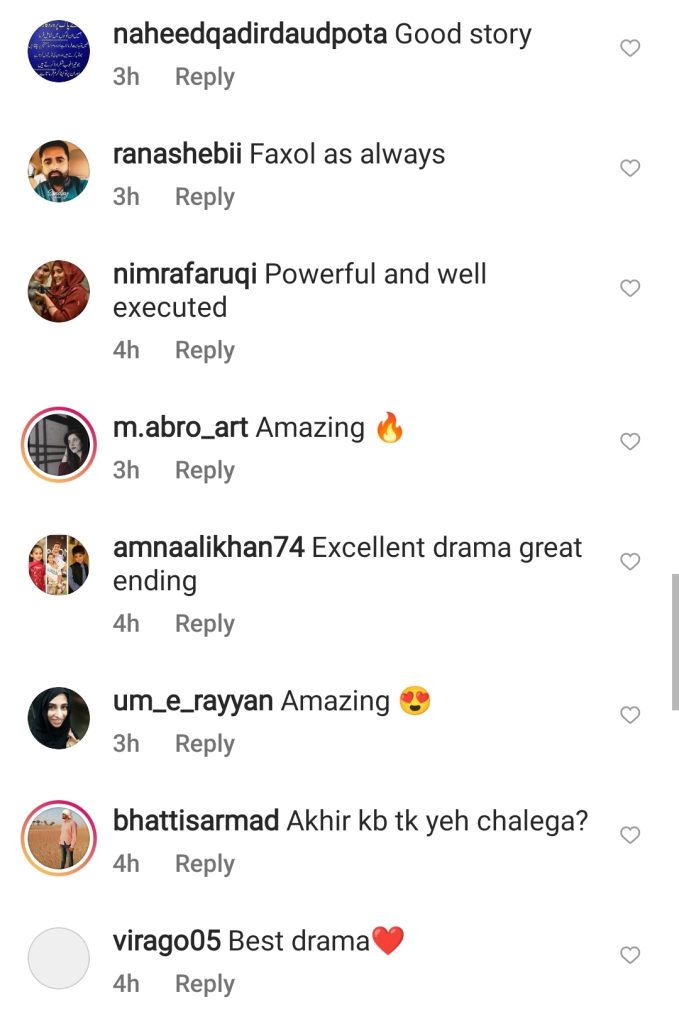