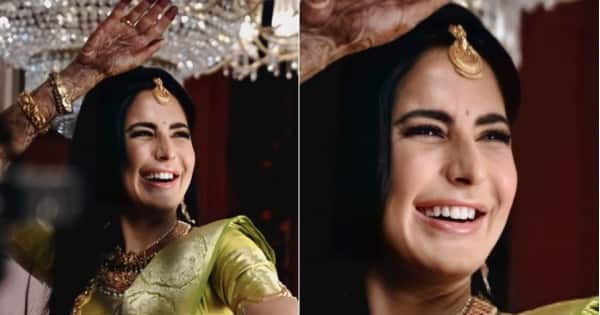 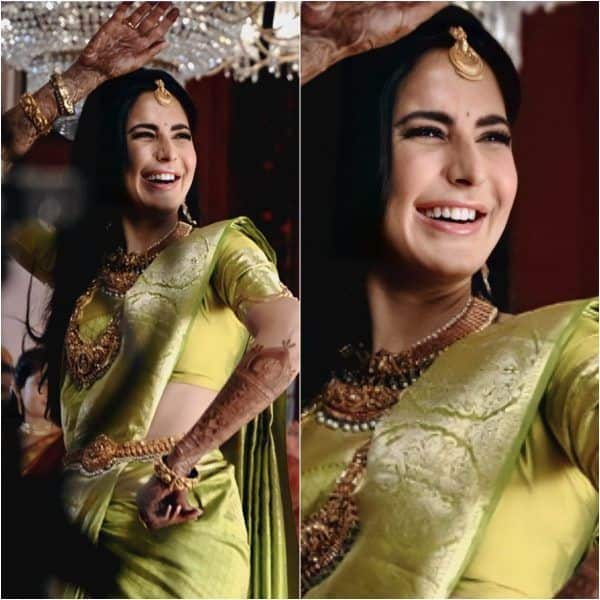 Katrina Kaif and Vicky Kaushal’s wedding will take place tomorrow. Yesterday, it was their sangeet function and today it’s the mehendi ceremony. Till now, not even a single picture or a video from the wedding festivities have been leaked, however, recently a few pictures of Katrina went viral on social media and it is speculated that it’s from her mehendi ceremony. The actress is seen wearing a pastel green Kanjeevaram saree with a golden border and there’s a beautiful mehendi on her hands. She is seen enjoying the festivities a lot. But, well before you think that these are the actual pictures of her from the mehendi ceremony, let us burst your bubble. Also Read – Katrina Kaif, Vicky Kaushal’s Wikipedia bio rolled back hours after they were declared each other’s spouses ahead of their big fat wedding

Well, these pictures that are doing the rounds of social media are actually from an advertisement of a jewellery brand in which we had got to see Katrina in different bridal avatars. Check out the ad below… Also Read – Cost of dulhan Katrina Kaif’s white saree look for her visit to Vicky Kaushal’s house can easily fund a simple wedding in Mumbai

Katrina and Vicky’s wedding has surely been the talk of the town and fans of both the actors are waiting for a picture of the couple. However, reportedly, the actors have given exclusive rights of their wedding pictures to an international magazine, and it is also said that their wedding will be streamed on an OTT giant for which they have been offered Rs. 100 crore. Also Read – Katrina Kaif and Vicky Kaushal’s wedding telecast rights sold to Amazon Prime for THIS whopping amount

There were reports that Katrina and Vicky have decided on a no-phone policy at the wedding, and they have also made their guests sign an NDA. However, a source close to Vicky and Kat had EXCLUSIVELY told us, “The couple has been laughing over some of the absolutely rubbish stories that are floating around in the media. Totally ridiculous stories have been making the rounds. They’re an extremely private couple and this is an extremely small and private celebration with only very close friends and family. Everything else that’s being written or spoken is nonsense. And coming from random sources that have nothing to do with the couple.”

Katrina Kaif, Vicky Kaushal’s Wikipedia bio rolled back hours after they were declared each other’s spouses ahead of their big fat wedding #theviraltime
Sada’s wife Shruti points a gun at Virat as Sai worries for her husband #theviraltime
Advertisement