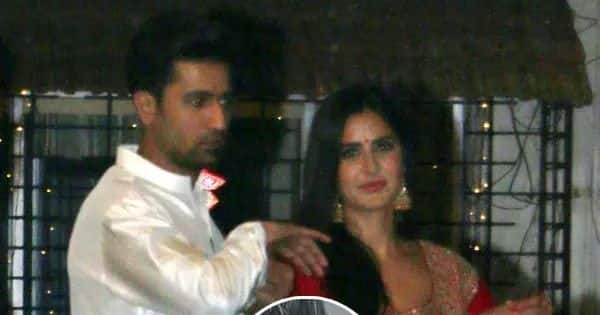 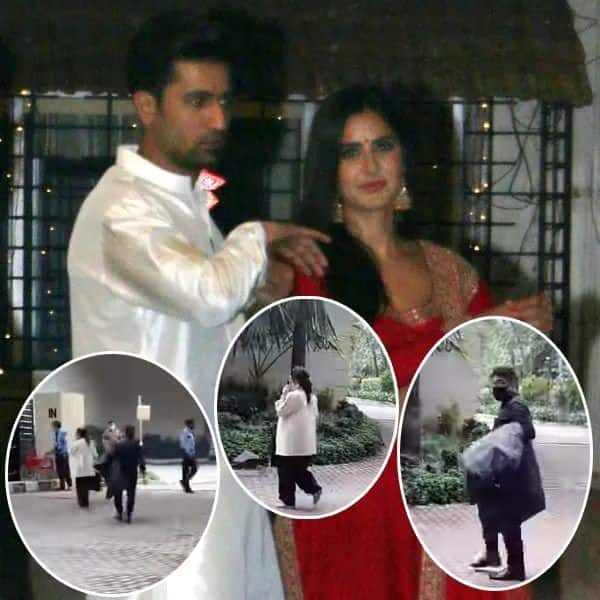 Fans of Katrina Kaif and Vicky Kaushal cannot contain their excitement. Now, it looks like wedding preparations are now in full swing. Today, the clothes for the groom arrived. It seems they were doing his fittings. Last night, we had seen Vicky Kaushal outside the residence of the actress. He came with some members of his staff. Today, we saw a couple of people from the designer’s store. It seems clothes from Falguni and Shane Peacock reached the actress’ place last night. It is not clear if Vicky Kaushal is at her place or what. The paparazzi also spotted Katrina Kaif’s mom, brother and one of her sisters. As we know, she has seven siblings and they are expected to be there for the actress’ big day. Also Read – Samantha Ruth Prabhu makes it to the top 10 of the Most Searched Female Personality 2021 list; joins the ranks of Kareena Kapoor Khan and Katrina Kaif

The actress’ mom Suzanne Turquotte was seen with a bag. The paparazzi has been stationed outside her place since yesterday. There are people at the Kaushal residence too. Everyone is super excited about the wedding mainly because of the high level of security around it. It seems the actress’ team has a mandate that no photos, videos and Insta reels will be allowed. They have been made to sign a non-disclosure agreement too. Also Read – Katrina Kaif-Vicky Kaushal wedding: Themes of Sangeet, Mehendi and D-Day of the Big Bollywood shaadi OUT

Katrina Kaif was seen by the paps outside a clinic and she has been going to the gym as usual. While there was no confirmed news on the same, the leak of the notice from the collector’s office at Sawai Madhopur sort of confirmed matters. In fact, Neha Kakkar and Rohanpreet Singh have also reached Jodhpur to perform in a “big fat Indian wedding”. It seems low-key preparations are also going on at the Kaushal residence. The couple have been dating for two years now. We will keep you posted on every development! Also Read – Did Vicky Kaushal-Katrina Kaif have a registered marriage in absence of the groom’s parents?

‘Lift the damn trophy,’ Pratik Sehajpal finds strong support from Kamya Panjabi and Gauahar Khan — read tweets #theviraltime
Kartik Aaryan refuses to comment on his ouster from Karan Johar’s Dostana 2; says, ‘I am not a part of any Bollywood camp’ #theviraltime
Advertisement