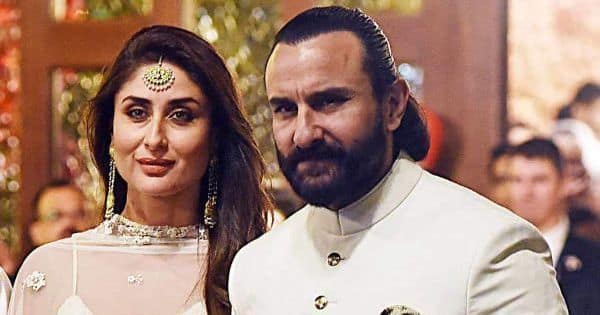 Kareena Kapoor Khan is one actress who is quite active on Instagram. She keeps treating her fans with regular updates from her life. The actress recently took to Instagram to thank her husband Saif Ali Khan for her shoes. She wrote, “When the husband gives you the best pair you own love Thy husband.” Have a look at her post below: Also Read – Vicky Kaushal-Katrina Kaif wedding: Karan Johar and Alia Bhatt to head to Rajasthan to attend Victrina’s shaadi [EXCLUSIVE] 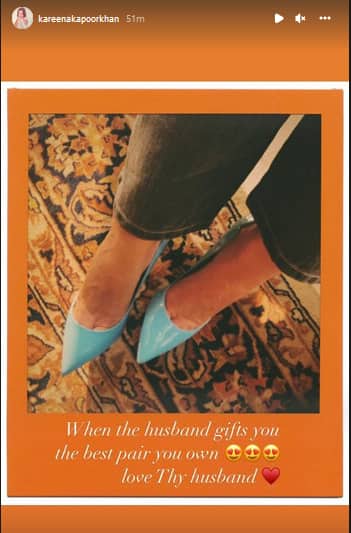 Also Read – From Kareena Kapoor Khan to Hema Malini: Meet 8 Bollywood stepmoms and their bonding with their stepchildren

Kareena welcomed her second child with Saif in February 2021. In a past interaction with Karan Johar, Kareena revealed that her second pregnancy was difficult compared to the first one when she gave birth to Taimur. She had said, “This time, it was difficult. During the time when I had Taimur, it was like a breeze and that’s why I decided to go for childbirth again. But Jeh was difficult.” Also Read – Trending Entertainment News Today: Kartik Aaryan refuses to comment on his ouster from Karan Johar’s Dostana 2; details of Vicky Kaushal-Katrina Kaif’s registered marriage and more

She had added, “It was (also) Covid times. With all safety protocols, we managed to do a lot of shoots. It kept me alive, happy in times that were so difficult. There was this constant fear of what is going to happen, what if I get Covid, my child gets it. There was a lot of trauma in the last trimester mentally, of wanting to step out and do things but still.”

In an interview with Tweak India, Kareena was asked if she encourages her sons to play outdoor sports. She said that Taimur is a super active kid. Kareena had recently asked Taimur about why he doesn’t chill. He told her that he was on a holiday and was not there to chill. Kareena said that according to him, a holiday is being active. She had added, “I mean he is four-and-a-half years old, he just has to be active. Bam-bam, that’s it!”