BTS’ Golden Maknae aka Jeon Jungkook is a guy with many talents. He is also a complete entertainer, all thanks to his goofy antics and adorable expressions and whatnot. He is good at everything he does and loves to be the best at everything. He is an amazing singer, painter, dancer, we all know right? He is also great with handling cameras and editing skills. Jungkook discovered and explored his love for photography and videography skills while he was out with his hyungs for vacations, tours, TV shows or on overseas schedules. He started Golden Closet films a couple of years ago and shared short video films under the banner from BTS’ visits to various scenic locations. We had conducted a poll on the same asking y’all BTS ARMY which of the films by Jungkook had you liked the most. And today, we will be declaring the results on the same. Also Read – Trending Hollywood news today: BTS members mark their debut on Instagram, Alec Baldwin deletes his Twitter account post Rust incident and more 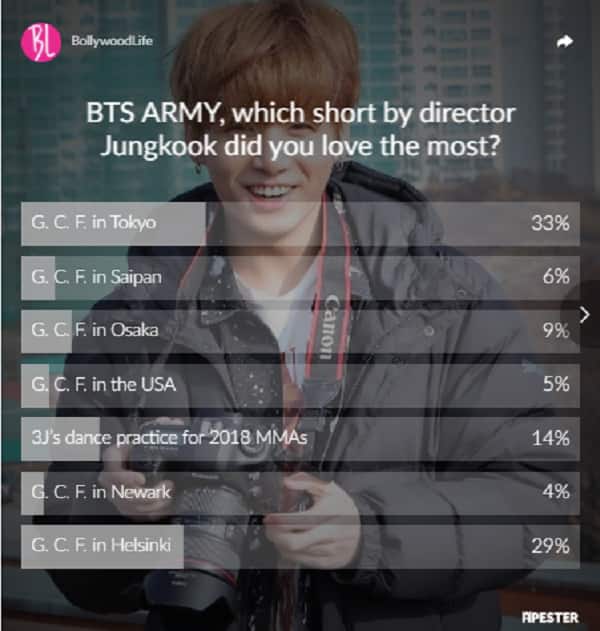 Meanwhile, BTS recently joined Instagram. Jungkook’s Instagram handle grabbed attention for its unique username. Jungkook, who is also popular as JK, used 24 out of the 26 English alphabets in his username and left two underscores in place of the two alphabets. Jungkook’s usernames reads: abcdefghi__lmnopqrstuvwxzy. Yes, that literally. ARMY is super stoked with BTS’ Instagram debut. ARMY had to wait for 9 years for BTS to make their Instagram debut and the wait is sweet indeed.