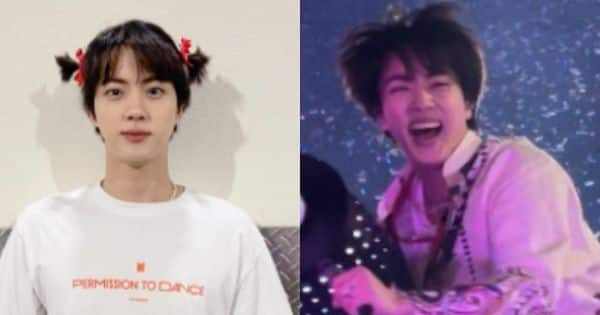 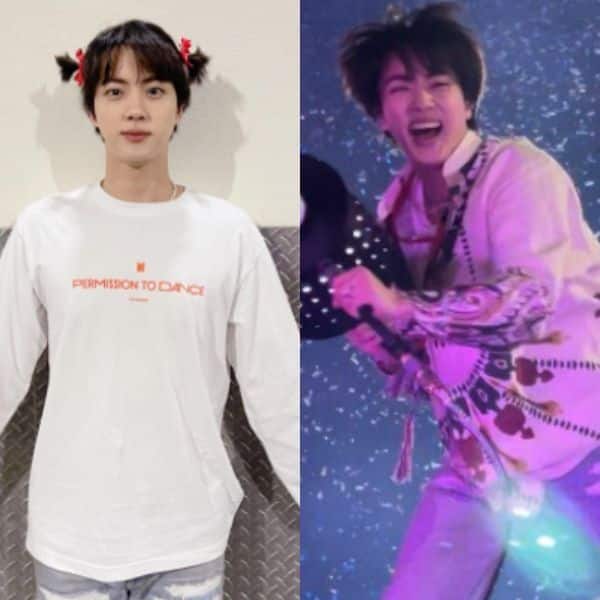 BTS is making life seem like a dream for all ARMYs who are lucky to attend the Permission To Dance On Stage concerts in Los Angeles. They are being held at the SoFi stadium. While all the BTS members are leaving no stone unturned to provide great music, entertainment and joy to the audience, Kim Seokjin aka Jin is standing out and how. The Yours vocalist said he was sleeping ever since they came to Los Angeles. Well, he has indeed woken up on the stage. The singer is blessed with a wonderful personality that has charisma, innocence and humour, something that makes him extremely endearing. There are still two more concerts remaining but Jin has proved that he can get the crowds whipped with sheer ingenuity. Here are some moments from the concerts that made us fall in love 100x more with the Epiphany singer. Also Read – Happy birthday Jin: From Param Sundari to Sadi Gali – Fan edits of BTS’ Worldwide Handsome on Bollywood songs will make you pray for his quick visit to India

Grand entry in Mr. WWH style
No concert of BTS is complete with Kim Seokjin’s flying kiss. He delivered just what was expected from him… Also Read – Whoa! BTS’ Jin gets his first birthday ad in India; check out this video from Kurla’s Phoenix Market City mall

‘Wildin’ with that smoke gun machine
This video of Jin having fun with that smoke gun machine will stay forever with us rent-free. The inner child in him was unleased with full force. The killer smile and delight in his eyes is an instant boost of serotonin. Also Read – Trending Hollywood News Today: BTS Jin gets pre-birthday surprise from ARMY at LA concert, Vanessa Hudgens says she prefers going braless and more

We cannot thank this Seokjin fan-boy enough
Jin made sure that he interacted with the audience. When he saw a cute fanboy dancing his heart out, Jin sat down in front of him and grooved with him. We are sure that the kid won’t sleep for a week in excitement.

Hotness overload! Jin does the hip thrust of Baepsae
BTS knows that ARMY lives for the hip thrusts of Baepsae. SUGA exposed them at the Festa. We saw Namjoon, Jungkook and Taehyung doing the hip thrusts for Baepsae. Jin was not one to be left behind. Just check out this video. He makes that look cute too!

Jin leaves the media whipped as ever
Hours before he killed us with his adorable and goofy side, Jin served drop-dead gorgeous looks at the press conference. The media could not resist zooming in to capture visuals of that sculpted face.

A special mention to the Jin stans

Jin’s fans have proved that they possess every bit of their idol’s zany side. Just see this pics if you do not believe us…

Jin’s birthday is coming on December 4, 2021. The BTS member will turn 29 in international age. BTS is going to do two more concerts before they head for MAMAs.