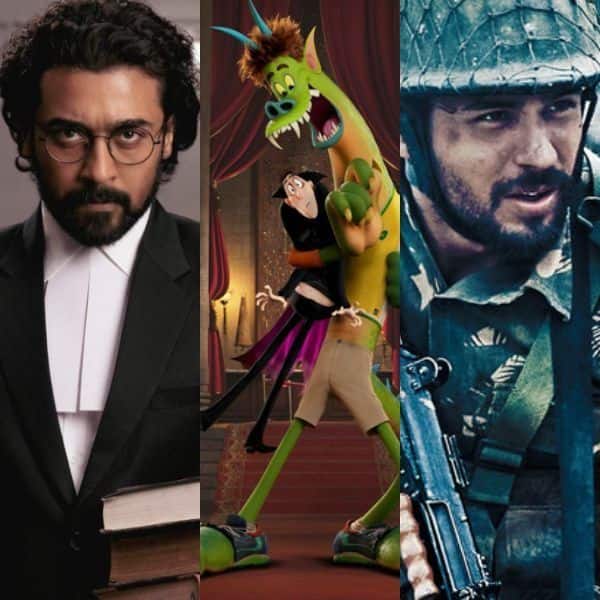 With the sun setting on another eventful day, replete with all manner of hustle, bustle and exciting occurrences, it’s time to make a note of the biggest newsmakers from all the OTT platforms put together who’ve made it to the trending entertainment news today. From Jai Bhim-Shershaah among the top 10 Indian movies of 2021 and the Hotel Transylvania Transformania trailer to Ashish Chanchlani’s The Loan Scam and MUBI India restoring seven movies of acclaimed Hong Kong film Director Wong Kar Wai – here’s all what grabbed headlines to make it to the trending OTT news today…

So, without further ado, here are the South newsmakers of 9th December 2021:

Suriya’s Jai Bhi, and Sidharth Malhotra’s Shershaah along with three other Amazon Prime original movies found their way among IMDb’s prestigious list of the top ten Indian movies of 2021. Sidharth Malhotra, who played Captain Vikram Batra in said, “It makes me really happy to see the continuous love and appreciation that Shershaah has been receiving. Bringing forth Captain Vikram Batra’s story was very important to me and to see that the film has resonated with audiences across the world, making it to the list of IMDb’s top-rated movies of 2021 is a great moment for our whole team! Acclaims like these motivate me to work harder for my audiences.” Suriya, Founder of 2D Entertainment, producer and lead actor of Jai Bhim said “As an actor and producer, it’s not often that you come across incidents that leave you shaken. Jai Bhim has been one such experience, a film I am immensely proud to be a part of. It underlines an inarticulate subject and narrates a story of helplessness and social change in a fine blend of emotions and drama. It’s so heart-warming to see the love and appreciation that’s been coming our way from all quarters, critics and audience alike. I am elated that Jai Bhim is a part of the coveted ‘IMDb Top Rated Movies of 2021’ and would like to extend my heartfelt thanks to our well-wishers and viewers for their votes. This kind of response reinstates our belief in good stories and the need to bring them to life. Thankful to Prime Video for taking Jai Bhim to more than 240 countries and territories.”

Drac and the Pack are back, like you’ve never seen them before in Hotel Transylvania: Transformania. Reunite with your favorite monsters for an all-new adventure that presents Drac (Brian Hull) with his most terrifying task yet. When Van Helsing’s (Jim Gaffigan) mysterious invention, the Monsterification Ray, goes haywire, Drac and his monster pals are all transformed into humans, and Johnny (Andy Samberg) becomes a monster! In their new mismatched bodies, Drac, stripped of his powers, and an exuberant Johnny, loving life as a monster, must team up and race across the globe to find a cure before it’s too late, and before they drive each other crazy. With help from Mavis (Selena Gomez) and the hilariously human Drac Pack, the heat is on to find a way to switch themselves back before their transformations become permanent. The film also features the voices of Kathryn Hahn (Ericka), Steve Buscemi (Wayne), Molly Shannon (Wanda), David Spade (Griffin the Invisible Man), Keegan-Michael Key (Murray), Fran Drescher (Eunice), Brad Abrell (Frank), and Asher Blinkoff (Dennis). Watch Amazon Prime’s the Hotel Transylvania Transformania trailer above…

MUBI India, will be releasing 7 films by one of the most acclaimed filmmaker of our times, Wong Kar Wai. The collection, which will be streamed on the platform beginning 12th December, will include five new and exquisite restorations. The restoration process took over 5 years and was led by L’Immagine Ritrovata and completed in Bologna and HongKong under the supervision of Wong Kar Wai himself. The collection includes the restored films such as 2046 (2004), Chungking Express (1994), Fallen Angels (1995), Happy Together (1997), and In the Mood for Love (2000) as well as more recent films such as Ashes of Time Redux (2008) and The Hand (2004).