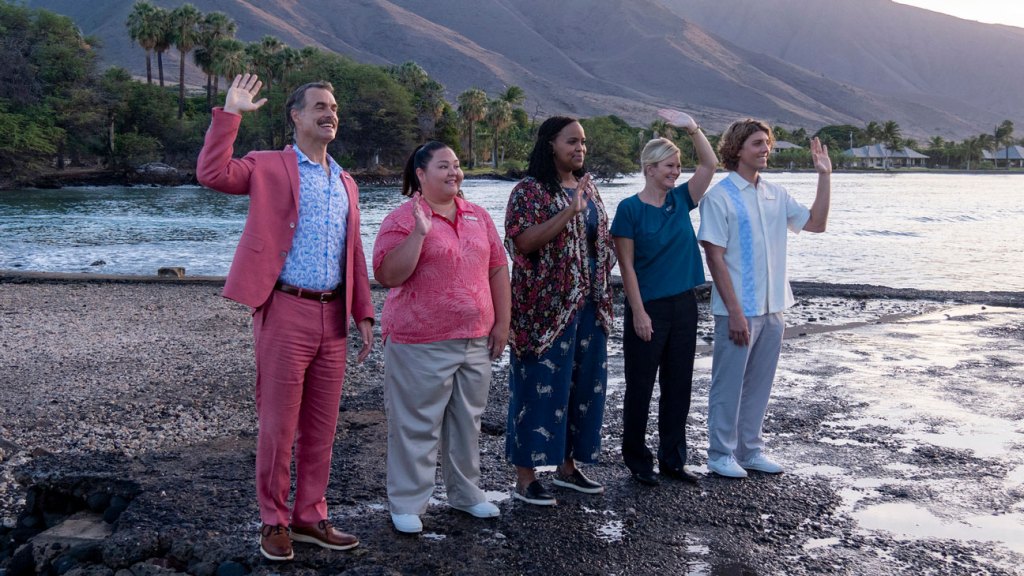 Like most White Lotus viewers, Murray Bartlett was also shocked when he saw the final version of that infamous scene in the HBO series finale.

Bartlett on Wednesday was a guest on Jimmy Kimmel Live! where the late-night host praised the actor for his award-nominated performance as the intensely professional hotel manager, Armond.

Of course, Kimmel also had to ask about one of Bartlett’s last actions in the series finale where Armond, in an act of revenge against an insufferable hotel guest, defecates in a suitcase. Friends with series creator Mike White, Kimmel admitted he texted immediately to ask if the moment was real. White assured him it was all CGI.

A laughing Bartlett said he was just as shocked when he saw the final cut of the scene.

Bartlett explained that at first, the prop department was going to use a practical prop, which Bartlett said looked “amazing,” but it was later determined to go with CGI.

The second season of White Lotus is currently in pre-production.