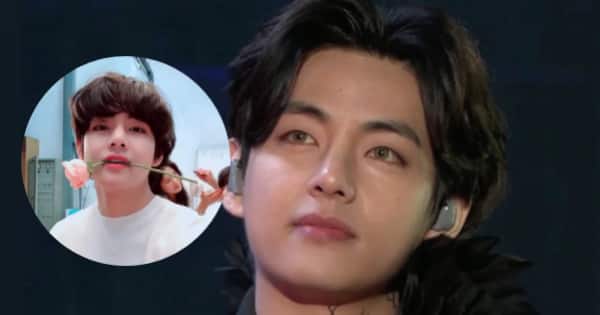 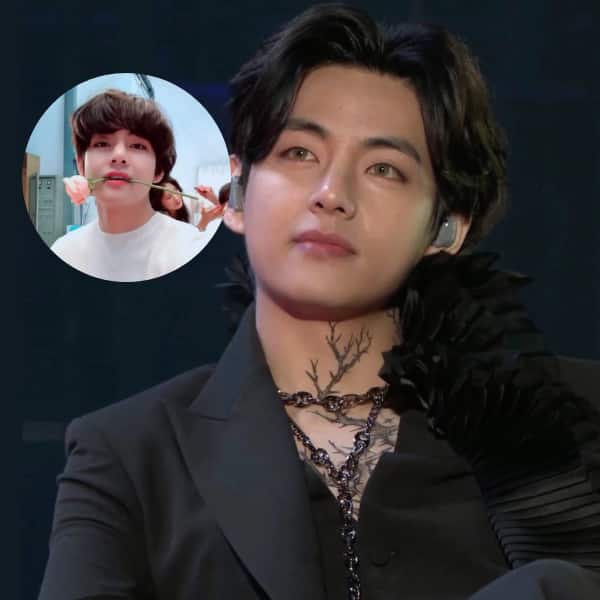 BTS V is one of the most popular K-pop Idol across the glove. V aka Kim Taehyung has a huge fanbase everywhere on Earth and his fans dote on him and try to make him top the polls or win various contests. ARMYs also conduct various charitable donations on his behalf. However, today, we are here to talk about the poll that BTS member V aka Kim Taehyung has topped. Also Read – Salman Khan’s apparent FIRST LOOK from Kabhi Eid Kabhi Diwali resembles his Antim avatar but fans shower love [View Tweets]

A K-pop idol poll ranking app Choeaedol had conducted a poll asking ‘Which Boy Idol Do You Want To Give Roses To?’. And the Christmas Tree singer Taehyung has topped the poll with a huge margin. A report in Allpop states that V got a total of 26,594 votes out of the total 57,965. Can you believe it? So many people want to give roses to Tae bear. Also Read – The Kapil Sharma Show wrap: Kapil-Ginni Chatrath dance their heart out, Sumona Chakravarti clicks selfies with the cast

Various fan handles tweeted out congratulating Taehyung. One Taehyung biased Twitter account shared Taehyung’s picture with roses snd wrote, “Kim Taehyung has been voted as the ‘boy idol we want to give roses to’! He won by the popular choice and received 26,594 votes on the Idol ranking app Choeaedol. CONGRATULATIONS TAEHYUNG.” Also Read – Tejasswi Prakash says her relationship with Karan Kundrra is ‘not normal’, ‘Every little move they are watching’

Kim Taehyung has been voted as the ‘boy idol we want to give roses to’!
He won by the popular choice and received 26,594 votes on the Idol ranking app Choeaedol.

BTS V Canada tweeted out a classy edit of Taehyung and wrote, “With 26,594 votes, #BTSV wins the latest Choeaedol poll asking ‘Which Boy Idol Do You Want To Give Roses To’. Congratulations Taehyung!”

Another fan handle shared yet another adorable and goofy picture of Kim Taehyung and rose, saying, “#BTSV won ‘boy idol we want to give roses to’ #V tops at #1 with 26,594 votes on Idol ranking Choeaedol. Congratulations Taehyung on 47th consecutive win!”