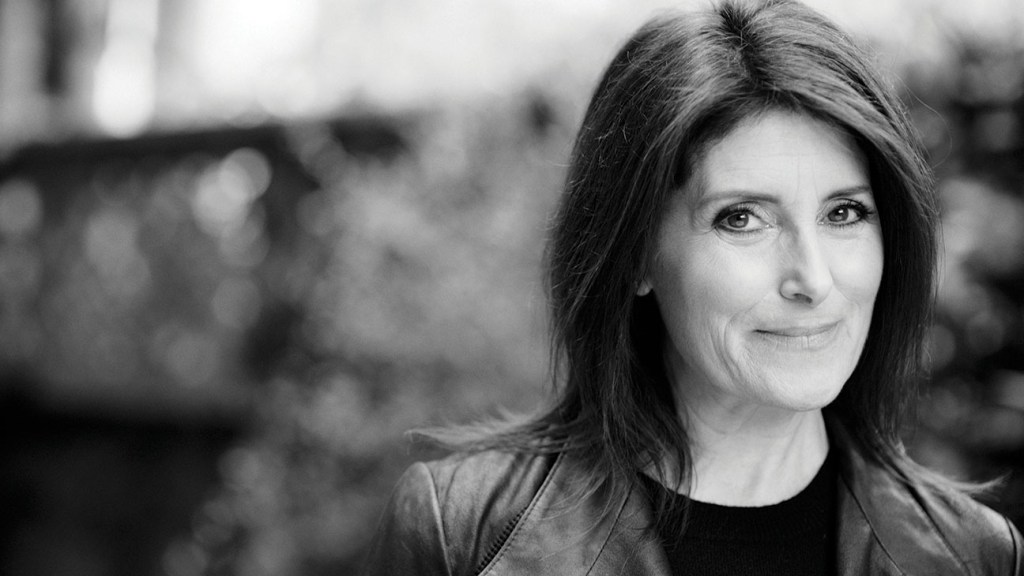 Pamela Fryman didn’t take it as a bad omen when the 1994 Northridge earthquake postponed plans to direct her first episode of primetime TV. It was a few weeks later, when production finally resumed on the NBC sitcom Café Americain, that she began feeling superstitious.

“We were waiting for the audience to file in when they told us the show had been canceled,” recalls Fryman during an hourlong Zoom conversation from her home on the westside of Los Angeles in early January. Then 34, with daytime drama Santa Barbara her only directing credit, Fryman was tasked with rallying star Valerie Bertinelli and her newly unemployed cast (all of whom she’d only just met) to perform an episode of their dead series for a live crowd. She adds now, “It’s not that I thought I killed the show, but I did think, ‘Maybe I’ll just go back to soaps.’ ”

Any doubts she might have had didn’t linger. With a rap sheet that includes stints on juggernauts Friends, Frasier and Two and a Half Men and as the producing director on Just Shoot Me!, How I Met Your Mother and the One Day at a Time reboot, Fryman has forged one of the most prolific directing careers in TV history. “She’s a real one,” says Norman Lear, who worked with Fryman on One Day at a Time and the second installment of his Live in Front of a Studio Audience. “You look at the definition of a collaborator, and everything in there is so true of Pam.”

The fact that Fryman’s format of expertise — the multicamera sitcom, filmed like a stage play over three days and accompanied by a laugh track that can ring either antiquated or comforting — has waned in the past decade seems to have only made her more valuable. She’s considered a steward of the genre. Her name lives atop multicam pilot ask lists; and as reboots and remakes of sitcoms remain an appealing industry gamble, she is often the first choice. Her latest is a return to what she considers her career pinnacle: She’s the producing director for Hulu’s How I Met Your Father, which premiered Jan. 18. The show is a spiritual spinoff of the long-running CBS sitcom for which Fryman directed all but 12 episodes, and her participation was considered paramount — especially to the Father creators, This Is Us co-showrunners Elizabeth Berger and Isaac Aptaker, a pair of newcomers to the format.

“We needed someone who was brilliant at multicam and also someone who we’d feel comfortable telling, ‘We don’t know how to do this … please help us,’ ” says Berger, with Aptaker adding: “It’s because there’s nothing to hide behind here. Once you shoot an episode, that’s what you get. That’s what airs.”

Most everyone who has worked with Fryman for any extended period describes her as the set mom: understanding, communicative and very much in control. A parent of 29-year-old twin daughters, that part seems to come naturally. But the director’s chair, by her own admission, is a seat Fryman stumbled into.

A Philadelphia native, she was pursuing a career in fashion marketing until a visit with friends in Los Angeles turned her on to Hollywood. She got hooked up as a production assistant on The John Davidson Show and then eagerly fetched coffee at a string of low-level gigs on other talk shows, soaps and game shows, including Dream House, where she had an auspicious meeting with Peter Noah, a future writer-producer on The West Wing.

Years later, after she’d worked her way from assistant director to director on Santa Barbara, Noah suggested she might be better suited for comedy and arranged for her to shadow sitcom legend James Burrows, who’d just wrapped a 12-year tenure as house director on Cheers. Burrows and Noah, collaborators on the ill-fated Café Americain, set Fryman up with her one-off. That led her to Friends, a gig that changed everything.

“Friends hadn’t premiered yet when I filmed my episode,” says Fryman, who directed episode five (“The One With the East German Laundry Detergent”) of the storied comedy. “I suddenly had this credit that I did not deserve. I was so green in the comedy world, but ‘Pam did Friends,‘ so I started to get work — nine episodes [of sitcoms] the first year, 15 the second … all of a sudden, it was just what I did.”

Her ascent was not without the occasional jitters. In fact, Fryman’s first episode of Frasier, during the series’ fourth season and record-breaking streak at the Emmys, found her briefly questioning her abilities. “It was like being invited to the greatest dinner party ever,” she says now. “But we were rehearsing it for the first time, and it was hardly clean, so I say, ‘Let’s do it again.’ Kelsey [Grammer], without missing a beat, says, ‘Fryman is trying to suck all the comedy out of this.’ I could have started crying and gotten in my car, but it didn’t occur to me to do that. I laughed and we moved on.”

Fryman was asked to return to direct another 33 times, juggling Frasier and fellow NBC comedy Just Shoot Me!, her first pilot to translate to a long-running series, until both ended in the early aughts. She again bounced around on a number of shows, most notably Two and a Half Men — “Chuck Lorre is one of the most talented people I’ve ever worked with,” recalls Fryman, “but it wasn’t as warm and fuzzy of a place as I’m used to working in” — before realizing that she needed to establish her own tone on sets.

Boarding 2005’s How I Met Your Mother at the pilot stage provided that in more ways than one. Fryman found the longest-running job of her career, fostering a famously tight-knit cast and crew during its 10-year run (proof: She officiated star Neil Patrick Harris’ 2014 wedding).

And, with series creators Carter Bays and Craig Thomas, she updated the multicam for the 21st century. The romantic comedy’s flashbacks, flash-forwards and quick cuts blended sitcom formats — expanding the typical 10 scenes per episode to as many as 80. The project put her in even higher demand. She only ever stepped away from Mother for a handful of weeks to direct other pilots and took on even more after the show ended. A 2018 Vulture article dubbed Fryman “the busiest person this pilot season,” having helmed almost every multicam pilot in contention that spring.

“People don’t understand how hard these shows are to make,” says Diane English, the Murphy Brown creator who enlisted Fryman for the show’s 2018 reboot. “Peter Bogdanovich came to observe the original Murphy Brown because he was going to film the play Noises Off like a multicam. After he watched this choreography of cameras, he came up to me and went, ‘Oh my God, how do you do it?’ There’s a reason why people want Pam.”

Fryman claims to not know how many episodes of television she’s made, only that the 500th happened on the 2016 set of Matthew Perry’s The Odd Couple, when she was faced with a room of mostly strangers wheeling a celebratory cake in her direction. The Father premiere puts the tally close to 600.

“I’d like to turn the camera off now,” she jokes, having decided we’ve lingered a little too long on her accomplishments. But Fryman knows when she’s gotten — or, in this case, given — what’s needed. Eleven p.m. is about as late as she’ll keep a cast, an early wrap by most TV standards and one of many reasons she remains a multicam evangelist: “There’s a feeling to these shows. People want to watch things that make them laugh, that break their heart. These shows can do that.”

That such streamers as Hulu and Netflix now actively chase multicam comedies gives her hope for the future of one of TV’s oldest, if waning, formats. Besides, if they went away, she’d be out of work — or, worse, forced to pivot to single-cams. “That would drive me insane,” says Fryman with a laugh. “I would be the one saying, ‘Can we just get a couple more cameras in here?’ “

This story first appeared in the Jan. 19 issue of The Hollywood Reporter magazine. Click here to subscribe.