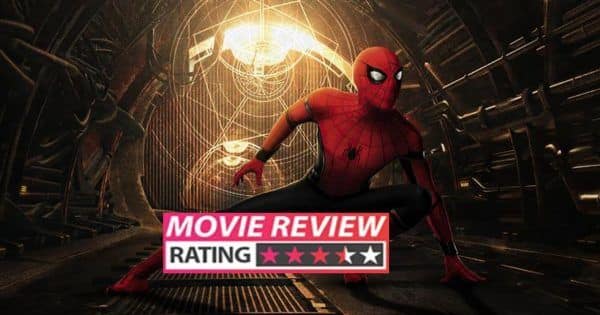 The moment is finally here. The movie that’s supposed to be the global messiah to well and truly put theatres worldwide back on track to pre-COVOD19 pandemic levels has been seen and now it’s time to let you know what I feel. For starters, Spider-Man: No Way Home is the only movie across everybody’s lips over the past couple of weeks, and rightly so. The trailer and other promotional material has created a gargantuan impact on the masses the world over, so much so that the trade across film industries both in India and every international market is finally celebrating for a box office opening of epic proportions in every territory of the globe after the COVID-19 pandemic has changed the face of theatrical business. So, will it fulfill these herculean expectations, and more importantly, is it the best Spider-Man movie ever like some are hailing it to be? The answer to the first query is a resounding yes, but to the second question, I’ll say that it’s almost there, but misses the boat by a few steps. Also Read – Before Spider-Man: No Way Home hits the big screens, a look at all the previous Spider-Man movies rated from worst to best

Life has not only adversely changed for Peter Parker (Tom Holland) after Mysterio unmasked his alter ego, Spider-Man, before the world, but also for his best friend Ned, (Jacob Batalon), MJ (Zendaya) and Aunt May (Marisa Tomei). To make things better, he seeks Doctor Strange (Benedict Cumberbatch)’s aid to set things back the way they were before, but the spell goes awfully wrong, unleashing a rogues gallery of erstwhile Spidey villains from parallel universes (read the movies outside the MCU we’ve seen before).

Watch the Spider-Man No Way Home trailer below…

Frankly speaking, I didn’t care much for the first two Marvel Spider-Man movies, Spider-Man: Homecoming and Spider-Man: Far from Home. They were just not…well, Spider-Man. Spider-Man- No Way Home is a huge improvement over them, tapping into the emotions and bonds displayed in previous Spider-Man movies, while also filling the action sequences with moments that are truly epic. However, where the movie score the most is in nostalgia, with all the past villains coming together to take down Spider-Man creating epic throwback moments. The best though is reserved for a triumvirate package, which can’t be revealed here lest I give away spoilers, but hardcore Spiderman fans should guess what I’ve hinted at. Of course, it goes without saying that the performances, VFX, production design, background score, sound effects are all top notch.

The Marvel template of constant witty quips and innocuous humous strewn all over the dialogues is fine till it’s shoved a short while after an emotionally tumultuous scene, which again, happens over here. And for all the adrenaline-pumping, nostalgia, and kickass moments the film offers, it’s also quite predictable, the realization of which only dawns on you once you exit the theatre and the euphoria wears off. And, once again, Zendaya tries spoiling the show with the worst rendition of MG ever, but, thankfully, the rest of the narrative suffice in tiding over her portions.

To sum it up, Spider-Man: No Way Home is a very good superhero movie on its own, with the nostalgia cracked up to infinity, etching several epic moments destined to go down as pop-culture fold. It’s also leagues better than the erstwhile two MCU Spidey films, but just not the best Spiderman movie as it’s being made out to be. That distinction still goes to 2004’s Spider-Man 2, followed by the first Spider-Man in 2002 and the recent animated masterpiece, Spider-Man: Into the Spider-Verse. I’m going with 3.5 out of 5 stars