Hollywood | ‘Ticket to Paradise,’ ‘The White Lotus’ and This Week’s Best Events – The Hollywood Reporter #Showbiz 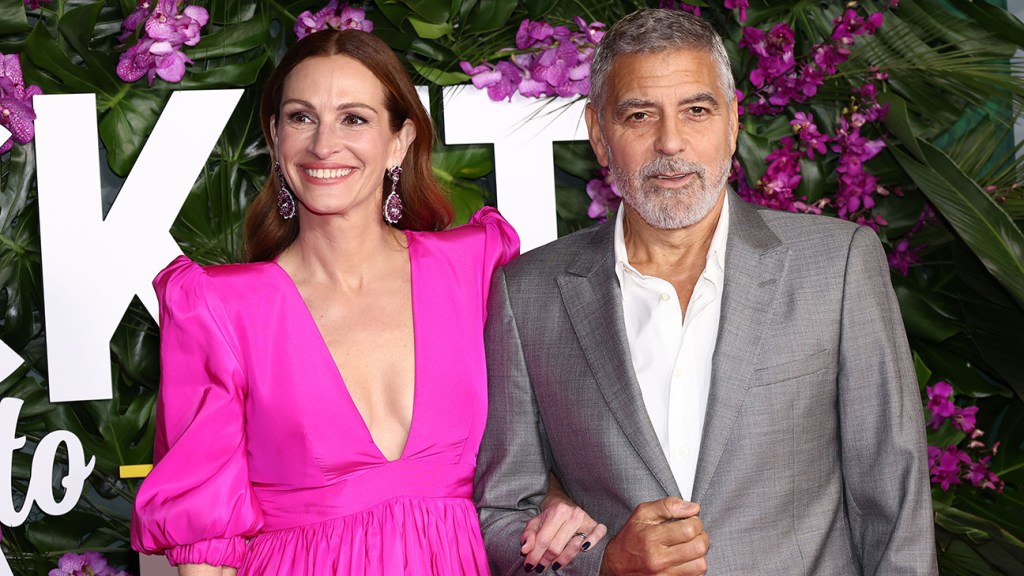 Here’s a look at this week’s biggest premieres, parties and openings in Los Angeles and New York, including red carpets for Ticket to Paradise, The White Lotus, The School for Good and Evil and The Good Nurse.

The School for Good and Evil premiere

Charlize Theron, Kerry Washington and Michelle Yeoh walked the carpet on Tuesday for the premiere of their new Netflix fantasy flick, joined by the film’s young stars Sofia Wylie and Sophia Anne Caruso, and costars Laurence Fishburne and Patti LuPone. Director Paul Feig said that he “loved the story of this amazing friendship between these two young women,” based on Soman Chainani’s book series, and “once I had that I was like oh, and I get to build a whole world and really tell this beautiful story in the most opulent, over-the-top way. It was just catnip.”

Tilda Swinton attended a special screening for her new film on Friday at The London West Hollywood.

On Saturday, more than 400 guests gathered to celebrate Family Equality’s LA Impact: A Night of Heroes and raised more than $400,000 for the group’s work on behalf of LGBTQ+ families. The night included performances by Nina West, Debby Holiday and Cheyenne Jackson with appearances by Gigi Gorgeous, August Getty, Dot-Marie Jones, Wendi McLendon-Covey and Jamal Sims.

James Cromwell hosted a fundraiser for PETA on Sunday at the Houdini Estate in Los Angeles. Guests, including comedian Bill Maher, enjoyed a vegan spread, cocktails, magic performances and stories about some of the group’s greatest victories, from helping thousands of beagles confined at Envigo escape from laboratory cages to making fur disappear from stores.

Netflix and ELLE celebrated Latinas in Hollywood with appearances from some of Netflix’s own Latina talent — including Zoe Saldaña, Camila Mendes, Lee Rodriguez, Genesis Rodriguez and Karla Souza — at a Los Angeles luncheon on Sunday.

HBO’s NXIVM docuseries, which in part two follows the federal trial of the United States against Keith Raniere, premiered in New York on Monday.

Americans for the Arts presented the National Arts Awards at Guastavino’s on Monday as part of National Arts and Humanities Month. The ceremony celebrated the contributions of artists, activists and collectives whose work demonstrates extraordinary aesthetic achievement while advancing social justice initiatives within the United States.

Kyle MacLachlan and wife Desiree Gruber (also Project Runway EP and Full Picture CEO) hosted a private screening of The Disruptors at the WME Screening Room on Tuesday, followed by a Q&A with filmmakers Nancy Armstrong and Dr. Caroline Mendel from the Child Mind Institute. The film chronicles the struggles of children and their families living with the realities of ADHD.

Mr Porter celebrated the launch of “Mr Porter In America,” a campaign and capsule collection that celebrates American menswear, on Wednesday, taking over a house in Bel Air with guests including Brett Gelman, Lukas Gage, Zack Lugo and Greg Chait.

A Tree of Life: The Pittsburgh Synagogue Shooting screening

On Thursday, HBO hosted a special event in New York City for the documentary, as filmmakers joined survivors and loved ones of the victims featured in the film. Special guests Idina Menzel and Kate Diaz (who share a song featured in the film) also made an appearance.

The Academy of Motion Picture Arts and Sciences honored its student winners from colleges and universities around the world at the 49th Student Academy Awards ceremony on Thursday. The Gold, Silver and Bronze Medal awards were announced and presented during an in-person ceremony, a first since 2019, held at the Academy Museum of Motion Pictures. This year, the Student Academy Awards competition received a total of 1,796 entries from 614 colleges and universities around the world. The 2022 winners join the ranks of such past Student Academy Award winners as Patricia Cardoso, Pete Docter, Spike Lee, Patricia Riggen and Robert Zemeckis.

Ed Sheeran was honored at the 50th anniversary Spirit of Ireland Gala in New York on Thursday.

The annual DKMS black-tie gala, to raise funds for the nonprofit’s global work in life-saving stem cell transplants, took place in NYC on Thursday with Jaime King and a performance by Aloe Blacc.

Education organization Pencils of Promise hosted its annual gala on Thursday in NYC, where it honored French Montana with the Innovator Award for his humanitarian work in Africa and beyond.