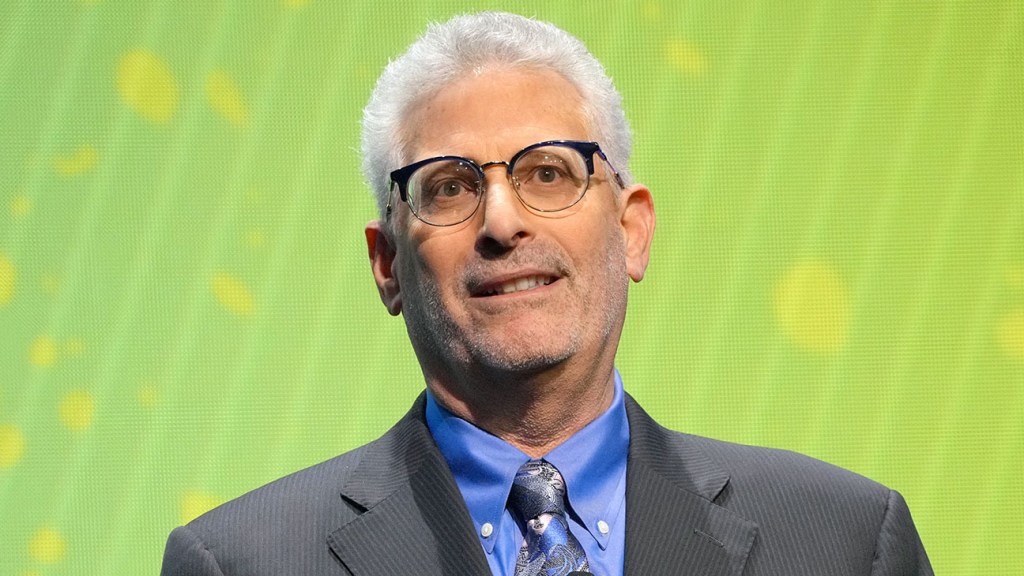 Mark Pedowitz, the CEO of The CW, is stepping down from his role with the younger-skewing broadcast network, effective immediately, following its sale to station group Nexstar. The news was announced Monday as Nexstar, which officially took control of The CW on Oct. 1, unveiled its leadership team for the broadcast network. Pedowitz’s split with Nexstar is said to have been amicable as the beloved exec will assist as needed going forward. Next up, Pedowitz is reviving his Pinestreet Entertainment production company as he looks to return to producing.

Nexstar announced that Dennis Miller has been named president of The CW, taking over for Pedowitz, effective immediately. Miller has been a member of Nexstar’s board of directors since 2014 and has stepped down from the board in connection with his appointment.

“Dennis Miller brings a unique skill set of proven television, media, and technology industry expertise, as well as venture capital experience to the role of president at The CW. His understanding and ability to unlock value from media assets by delivering high-quality, profitable entertainment, will serve the network, its viewers, its partners and CW affiliates around the country extremely well. We are confident his background, experience and relationships will allow Nexstar to deliver on the value of this transaction for our shareholders,” said Perry Sook, Nexstar’s CEO. “I look forward to working with Dennis and Sean Compton, Nexstar’s President of Networks, to build on the foundation that Mark Pedowitz and his team have established at both the CW Network and the CW App. We sincerely thank Mark for his many years of service to The CW and wish him the very best in his future endeavors.”

Pedowitz, who still had time left on his contract, had called The CW home since 2011. He was hired to expand the former WB Network’s reach and succeeded in transforming the fifth broadcaster from a home of female-skewing soaps by broadening its programming to genre fare like The Vampire Diaries and Greg Berlanti’s vast DC Comics universe with shows including Arrow and The Flash.

“It’s been an honor to serve as the chairman and CEO of The CW Network for the last 11 years and I am very proud of what our exceptional teams have accomplished together over that time,” Pedowitz said in a statement. “It was the right moment for me to hand over the leadership baton and I am excited to move on to the next chapter of my professional career where I can pursue a different set of interests. I am confident Perry, Sean, Dennis and the Nexstar team’s ability to usher in the next phase of growth and success for the CW Network and look forward to supporting them during the transition period.”

In addition to the statement, Pedowitz sent a heartfelt memo to staff touting the network’s accomplishments. (Read that in full, below.)

The former ABC Studios topper is well-liked in the industry by both creatives and talent and was promoted in early 2020 when he signed a new deal that included a title bump from president to CEO. Pedowitz had overseen a long period of growth for The CW, expanding the network’s coverage to original programming seven nights a week as part of a longtime effort to program it year-round.

That all changed, however, when rumors surfaced that corporate parents CBS Studios and Warner Bros. Television were looking to sell The CW as the business model for the network no longer made fiscal sense following the demise of its Netflix output deal and end of foreign sales. Affiliate group Nexstar officially closed a deal to acquire a 75 percent ownership stake in The CW, with Warner Bros. Discovery and Paramount Global each retaining a 12.5 percent share.

With the sale all but official, Pedowitz — who previously reported to The CW’s board of execs from Paramount Global and WBD — was forced in May to cancel a wave of scripted originals as part of Nexstar’s larger goal to make the network profitable by 2025. The CW has operated at a loss since it was transformed from the former WB Network. It’s important to note that The CW was not designed to be profitable as a network but rather for corporate parents Warners and CBS Studios and existed as a vessel for monetizing the studios’ programming via its former $1 billion output deal with Netflix as well as international sales. With the creation of HBO Max and Paramount+, Warners and Paramount Global ended the lucrative Netflix output deal and, rather than selling foreign rights to original programming, needed to keep those rights to bulk up their respective streaming platforms.

The pending sale also meant that The CW, for the first time in the past few years, would be trimming its scripted ranks rather than renewing its entire slate. The network’s cancellations started in late April with the ax falling on Greg Berlanti DC Comics dramas Batwoman and Legends of Tomorrow; veteran series Charmed, Dynasty, Legacies (the last trace of The CW’s former defining series The Vampire Diaries), Roswell, New Mexico and In the Dark, along with first-year shows The 4400, Naomi and Nancy Drew spinoff Tom Swift. The cancellation spree marked the first time in a decade that The CW axed more than half of its roster of U.S. originals, in a sign that signaled the future of the network under Nexstar.

Pedowitz, who was to shift to reporting to Nexstar CEO Sook, had until this year renewed nearly its entire scripted slate. Instead, The CW’s 2022-23 roster now boasts more foreign acquisitions that were typically earmarked for summer as Pedowitz looked to fill slots on its schedule with lower-cost programming.

It remains unclear what Nexstar’s programming strategy will be for The CW going forward, though sources speculated to THR earlier this year that NewsNation-branded programming would likely join the lineup. Other sources expect Nexstar to open up the network to buying from outside studios while still working with the Channing Dungey-led Warners and David Stapf-fronted CBS Studios on a certain percentage of scripted originals that are expected to decrease over time. Both studios could fully divest the network over time, sources say.

“So, over time, we will be taking a different approach to our CW programming strategy and will leverage our experience in spending approximately $2 billion a year on programming, attracting and monetizing viewers, and transitioning NewsNation, our national cable news network, from WGN, while maintaining a strict focus on cash flow,” Nexstar COO Tom Carter told reporters during an August call detailing the sale.

Pedowitz becomes the second broadcast chief to exit their post this season. Fox CEO Charlie Collier shocked the network in September with his decision to leave for Roku. CBS president Kelly Kahl now ranks as broadcast’s longest-tenured chief after being promoted to the role in 2017. NBC is overseen by Frances Berwick and Susan Rovner, who together oversee a portfolio that includes streamer Peacock and cable networks like USA and Bravo. ABC is topped by Craig Erwich, who also oversees originals for Hulu.

As for Miller, the exec most recently served as chairman of Industrial Media until its sale to Sony Pictures Television earlier this year. The independent production group produced more than 90 TV series for acros 34 networks including such shows as American Idol, Netflix’s Matchmaker, Apple’s Elton John documentary and Discovery’s 90 Day Fiance. He’s a former investor and spent years as a general partner at Bear Stearns’ Constellation Ventures. He started his career in the entertainment and tax department at law firm Manatt Phelps. His TV roles have included senior positions at Sony, Lionsgate TV and TNT.

“It has been a privilege to serve on Nexstar’s Board of Directors for the last eight years and work closely with Perry and the other distinguished members of the Board during a period of transformational growth and success for the company,” Miller said. “This appointment perfectly aligns my intimate knowledge of Nexstar’s business approach and operating goals to realize the value inherent in The CW. I look forward to working with Perry, Sean and the team to leverage the experience and business relationships built over my career in the media, and technology industries to create new value for viewers, advertisers, affiliates, and Nexstar shareholders.”

All journeys have a beginning and end. My wonderful journey of 11 plus years at The CW is now concluding.

From the beginning of my time here at The CW all of you welcomed me with open arms. The camaraderie, teamwork, collaboration and creativity made this a truly special place to work.

Together, we have accomplished so much. This upstart network with its unique blend of programming brought The CW into the forefront of pop culture and social media. We made water cooler TV in a multi-platform world. We embraced what the audience wanted and gave it to them.

Many attempted to emulate The CW, but few succeeded.

Collectively, we Dared to Defy the conventional norms, converted weaknesses into strengths and forged new paths that no one had done before in the industry. The CW has become a recognized leader on-screen and behind the scenes with our efforts to showcase and embrace the diverse world we inhabit.  We created an environment for people to express themselves without fear and created stability in an unstable business. We found ways to share our differences of opinion and arrive at a unified consensus.

As I end my CW journey, I will commence a new one. I have activated my production/consulting company Pinestreet Entertainment. I look forward to bringing some of my projects to The CW.

May the network’s journey continue to be one of unparalleled success and may all of you continue to Dare to Defy the naysayers.

I know I will.

With respect and admiration,