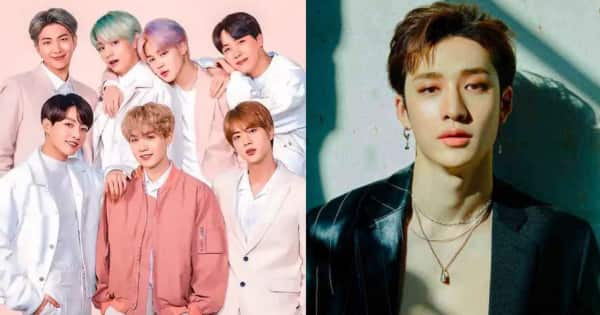 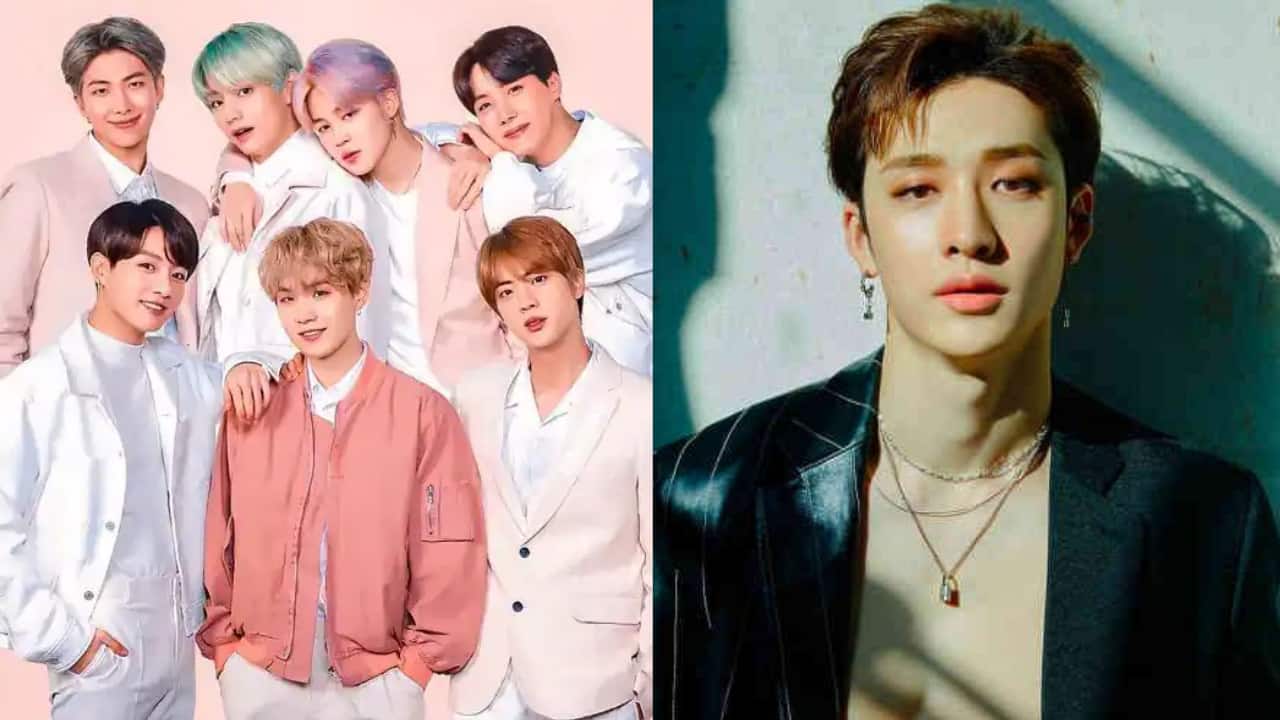 Bangtan Boys are getting a lot of love from everyone. And it’s not just the ARMYs but other K-pop bands as well. There have been a lot of K-pop idols who have been praising BTS for their contribution to putting Korean pop on an international scale. Recently, Bang Chan, Stray Kids’ leader, heaped praises on BTS in his Live session. Bang Chan is a part of Stray Kids (also known as SKZ) handled by JYP Entertainment. In his live session, Bang Chan called BTS legendary and even said that they paved the way for others in the pop world. Also Read – BTS: Kim Taehyung aka V’s lavish $4.55 million apartment is as artistic as Vante with the interiors spelling class and luxury

Bang Chan also played BTS’ Mikrokosmos in the background during his Live chat session. In his chat session, called Chan’s room, he praised the song calling it, “such a good song,” yeah, they are legends.” He added, ” think…they paved the way. You have to admit it, they paved the way. The Another Day crooner was also heard saying, “Mad respect to BTS”, “they are amazing.” And this has pleased ARMY a lot. They have been sharing Bang Chan’s video everywhere feeling proud of Bangtan Boys for their contribution to Korean pop music. Check out ARMYs reactions on Bang Chan calling BTS legendary here: Also Read – Trending Hollywood news today: BTS’ J-Hope flooded with weird photo requests, Golden Globe Awards 2022 winners and more

bang chan’s too lovable please T__T i watched a clip of him saying he has mad respect for bts, saying that they’re legends who definitely paved the way, and how much he likes them ? i love him and i’m shedding tears as i type this.

Umm ok! The new one is that bangchan said “bts paved the way” and “my respect for bts”:)

Gotta love the respect!!! Pray he dosent get slammed for this but BANG CHAN DONT LIE

bangchan ?? ohmygod i love him sm just for the respect he has for bts alone, also him being this humble and talented leader of skz??? am i falling rn pic.twitter.com/xvjpZrDYFz

i love bang chan so much ? i love both bts and stray kids so much ? my respect for bang chan went up soooo much https://t.co/DJoKfNj92H

Y’all, BANGCHAN is such a sweetheart. I love SKZ, why are people hating on him for appreciating BTS? Both the bands are such bops like come on. The STAYs that commented and hated on him, Bro we could’ve been friends! STAYARMY UNITE! THIS IS WHOLESOME PLEASE!

If the man himself Bangchan says that BTS paved the way who are we to decline that. Cuz these legends brought most of us to skz.

Along with the outpouring of love, there’s also some hate. It seems some fandom wars are going on between ARMYS and Stays. They have been calling out SKZ and Bang Chan. Check out the reactions below:

FUCK toxic armys for dragging bangchan and skz even after Chan tried his best to end all toxicity and fanwars…. BTS doesn’t deserve ppl like you in there Fandom… Just get the hell out…

The moment Bangchan said BTS paved the way, I know kpop stan gonna fight over this.
For me as a fan from 1st gen, i think every generation has a group that representing that generation and they’re the one who paved bigger way for the current and next generation. So he’s right.

It’s actually really sad how STAYS are throwing hate towards BANG CHAN for showing love and respect towards BTS “ A STAY myself feels embarrassed” ??‍♀️

let bang chan a amazing human that you could never reach his level of kindness alone he literally praise bts often as any skz members&you still have the audacity be disrespectful tbh I always was armystay but peoples like you give me the desir to be just stay&bts fans.
disgusting

The bitches that stopped stanning bangchan just cuz he said that bts paved the way for kpop are so stupid istg, bts really did it and bangchan is just praising them for their hard work
Like ???????

Meanwhile, to BTS’ work front, the boys – RM, Jin, Suga, J-Hope, Jimin, V and Jungkook have been designing and selling their merch online. Until now, we got to see Jin, RM, V and Suga’s artist made collection. On the music front, it is being said that BTS will open a new chapter with their new album. Also, a concert in Seoul is planned in March 2022.

Hollywood Kim Taehyung aka V’s lavish $4.55 million apartment is as artistic as Vante with the interiors spelling class and luxury Theviraltime
Hollywood ‘Grey’s Anatomy’ Officially Renewed for Season 19: Everything We Know So Far Theviraltime
Advertisement