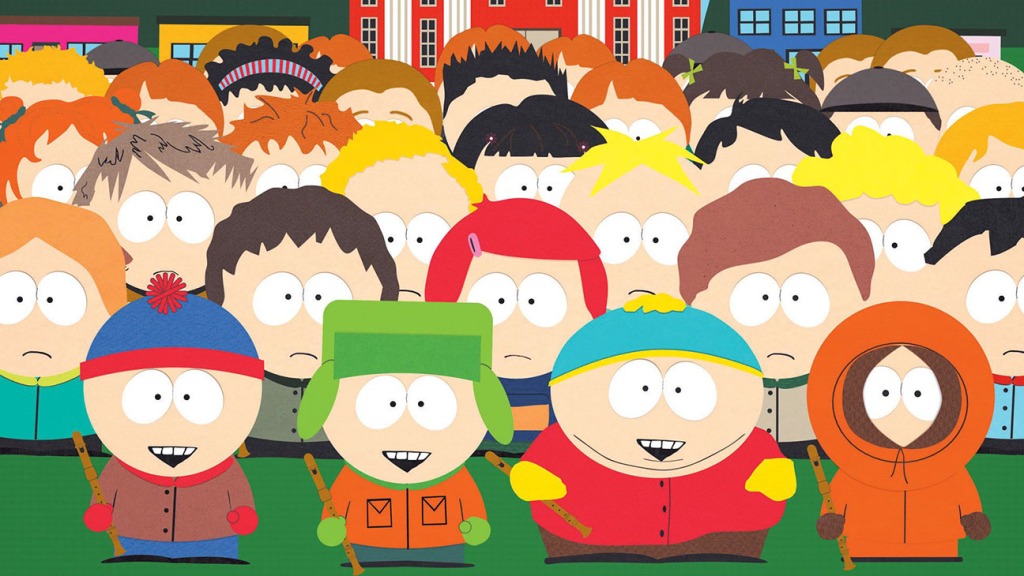 Have you ever met my friend Kyle’s mom?

To celebrate the upcoming 25th season of South Park, creators Trey Parker and Matt Stone assembled a group of Broadway stars, along with a 30-piece orchestra, to perform the series’ classic tune “Kyle’s Mom’s a Bitch.”

Arranged by Broadway veteran Stephen Oremus, the (classy) “Kyle’s Mom” rendition premiered Wednesday, featuring singers Nikki Renee Daniels, Tamar Greene, Jeff Kready and Elizabeth Stanley. And, of course, the South Park kids make an appearance. The orchestra has performed other notable songs from the show, such as the theme, in the lead-up to the new season.

“I was thrilled to get to reimagine these South Park classics in a more traditional orchestral concert setting,” Oremus tells The Hollywood Reporter. “It was so much fun getting to blow them up and give them such proper classical renditions. I called some of the best musicians and singers I knew — friends and colleagues who I have worked with on Broadway and TV, and we got to make music and dress up and laugh our asses off for a few days.”

“Kyle’s Mom” is a series classic and fan-favorite sung by Cartman about Sheila Broflovski, which was initially performed in the first-season episode “Mr. Hankey, the Christmas Poo.” A new version of the song made an appearance in the feature film South Park: Bigger, Longer and Uncut. There is also an instrumental version in the video game South Park: The Fractured but Whole.

“We worked with Stephen on The Book of Mormon. [Parker and Stone] completely trust him with their work,” South Park executive producer Anne Garefino tells THR. “For the 25th season, we thought it would be fun to celebrate the music of South Park. This is just the beginning.”

It was announced earlier this month that the Comedy Central cartoon staple is (finally) returning for weekly episodes starting Feb. 2. The new season will consist of six episodes.

The duo’s new megadeal, inked last August, runs through 2027 and includes 14 exclusive Paramount+ projects, along with the flagship series being renewed through season 30. Two of those 14 made-for-TV films dropped late last year, one in November and the other in December.

Watch the (classy) rendition of “Kyle’s Mom” below.