Christmas is around and many are busy buying gifts for their loved ones. BTS member RM is no exception. While the band member has been enjoying his break in the US, he also got some shopping done. In a set of pictures he posted recently, we could see something unusual. He posted a photo of what appears to be Christmas ornaments. Some of them are looking like fish and one is a mini shirt. It seems he has got them from New York. They are 6 items so we assume they are for all 6 members. We think they look really cool and cute. Have a look at the picture below: Also Read – BTS: Jungkook and Taehyung’s selfie STOLEN from James Corden’s studio? Here’s what we know 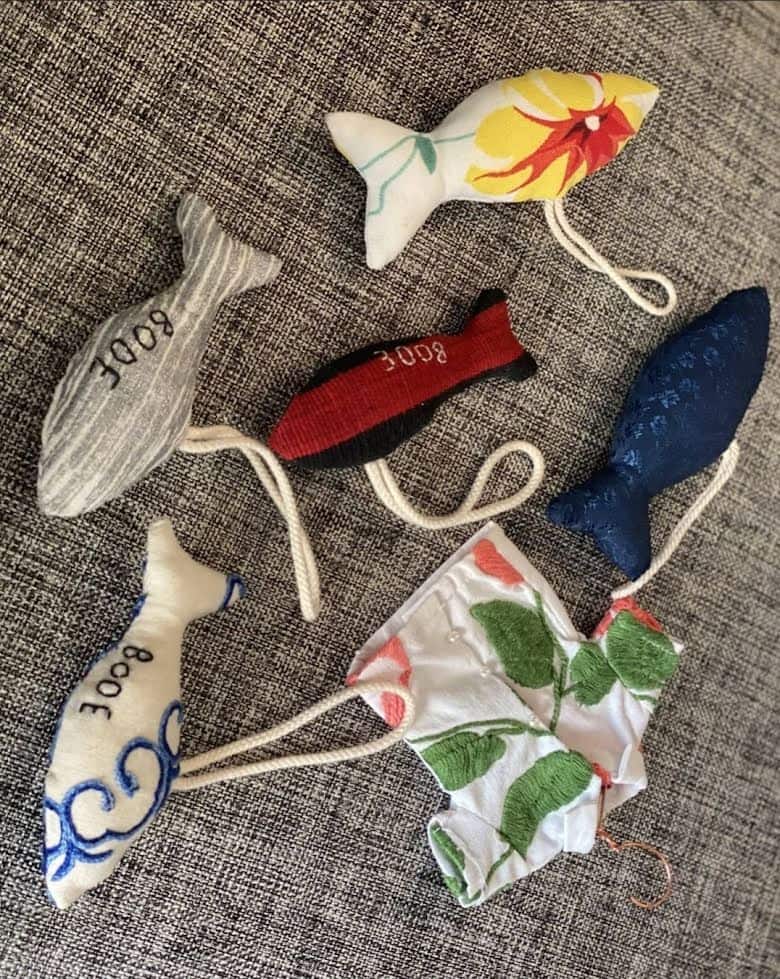 Also Read – BTS: As Jin becomes the most successful K-Pop soloist for 2021; let us rewind his best moments from the year

Meanwhile, in a past interview to Weverse magazine, RM spoke about a time when he used to bombard himself with challenges and worries. He was asked if changes in his body could improve his creativity. He had said, “I started to think I better change myself a little, physically or mentally. I’m talking about being steady.” He had added that he used to bombard himself with challenges and worries and just get over them. Also Read – BTS: Justin Park is on cloud nine as Jungkook gives ‘On the Low’ a shout-out on IG; the former thanks the Golden Maknae and ARMY for all the love

He had added that the best choice was working out, and thought it was changing his behavior a lot. “I’m hoping that, if I keep working out for a year or two, I’ll become a different person,” RM had said.

He was earlier sceptical about releasing songs in English, but the success of Dynamite changed it all. He had revealed, “Yeah, I admit that I had an interview some time ago where I said that I think it won’t be BTS anymore if we sing in English. I admit it. At that time, that was my real, honest thing.” He added that the pandemic changed everything and his thoughts had also changed.